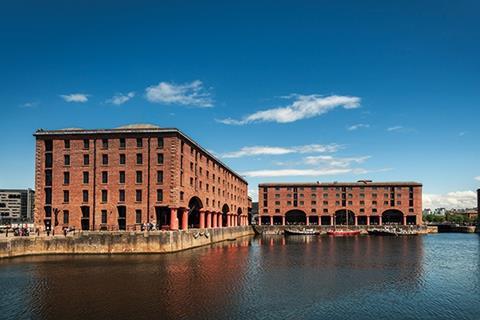 National Museums Liverpool is looking for a design team to reimagine two of its key attractions in the city’s historic docks.

The Waterfront Transformation Project, involving the International Slavery Museum and the Maritime Museum, is part of a 10-year masterplan to improve the area between the Royal Albert Dock and Mann Island.

The work will focus on the redevelopment of two grade I-listed buildings: the Hartley Pavilion, an old warehouse which currently houses both venues, and the Martin Luther King Jr Building, formerly the Dock Traffic Office. A new bridge will be created between the buildings to improve circulation.

National Museums Liverpool (NML) said the MLK Building would sit at the heart of the redevloped slavery museum. A dedicated entrance will lead directly to new galleries and installations exploring Liverpool’s role in the transatlantic slave trade and its legacies as well as contemporary forms of slavery and human rights issues. There will also be activity spaces and quieter areas for research and reflection.

Multiple smaller buildings on the waterfront will also be reimagined for commercial or cultural use – including the Cooperage, Mermaid House, Pilotage building, Piermaster’s House and Great Western Railway Building.

NML wants to appoint an architect to work as lead consultant and principal designer who will procure a sub-consultant team.

It anticipates shortlisting four candidates and said price would not be the only criterion.

Tenders must be submitted by February 7 with those on the shortlist notified by February 21. To access the procurement documents click here.

The contract is expected to run until July 2023 but has the potential to be extended until late 2026.

Last year NML announced David Adjaye and Asif Khan had won a competition to design the transformation of the city’s historic Canning Dock. That project, also part of the 10-year vision, will aim to tell the story of the site’s links with the slave trade using a new public realm and public art strategy.

Meanwhile Tate Liverpool is looking for an architect to lead the £25m redevelopment of the gallery complex which is also based at the Albert Dock. Architects have until next month to register interest.