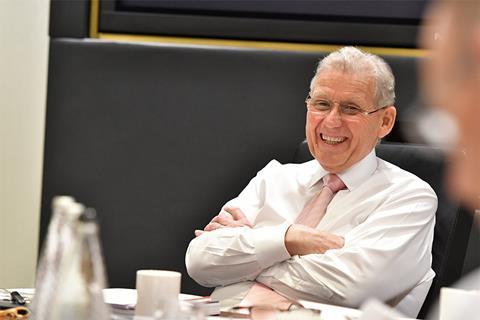 Derbyshire, chair of specialist housing architect HTA Design, said news of Pidgley’s death was sad, adding: ”He spectacularly out-speculated the competition to build his empire with a genius for anticipating public policy makers. His comittment to quality design, placemaking and, latterly, biodiversity was sincere. As a client he was demanding and rewarding.”

His colleague Mike De’ath added: ”An amazing legacy from the epitome of social mobility will be his championing of great public realm ⁦@ldhta⁩ ⁦@HTADesignLLP⁩ grateful to have benefit of his vision.”

They were joined by leaders from across construction and politics. Among those paying tribute were current housing secretary Robert Jenrick, former chancellor Sajid Javid and former housing minister and current Northern Ireland secretary Brandon Lewis.

Current housing minister Christopher Pincher said: “Very sad to hear [the] news. He was one of the best known, successful and most respected figures in the housing sector.”

Tom Bloxham, founder of Urban Splash, tweeted: ”Very sad news. Tony was one of a kind and always super helpful and respectful to a young upstart like me.”

A former Barnardo’s boy, who spent his early life living in a disused railway carriage, Pidgley left school at 15 and went on to found his own haulage and plant hire company. He sold the business at the age of 19 to Crest Homes and became a director where he learned the housebuilding industry.

Very sad to hear Tony Pidgley CBE has died. A self-made man, that cared deeply for others.

Will never forget he was first housing chief to call me after the Grenfell tragedy to offer support. He helped victims and insisted on no publicity.

Thoughts with his family. RIP

From there Pidgley left to found Berkeley in 1976, growing the business to become one of the country’s largest housebuilders.

Announcing the prestigious architectural signings in 2014, Pidgley confessed to Building Design that St George’s Wharf, which very nearly won the Carbuncle Cup that year, could have been better designed.

In characteristically frank comments, he said: “I am not going to defend it, but we built 1,000 homes on a site that had been derelict for 60 years when no one would build south of the river. 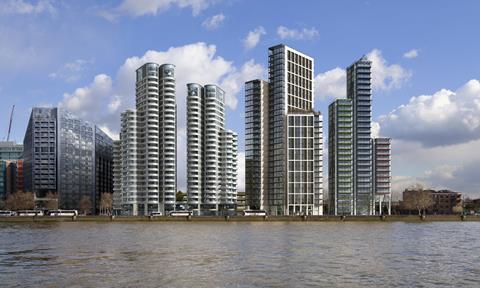 “That building went through a democratic process and it went through Cabe. I’m not unproud of it. But we are prepared to live and learn. Our job – and everyone’s job – is to evolve and get better.

“I would be the first to say it’s taken us time. Originally we were just builders, just putting stuff up. But now we think about the community, we look at the site and its surroundings and think about what will make it better.

“We are very proud of the places we create. We have made our mistakes in the past with some of the buildings and we have learnt those lessons over many years.” 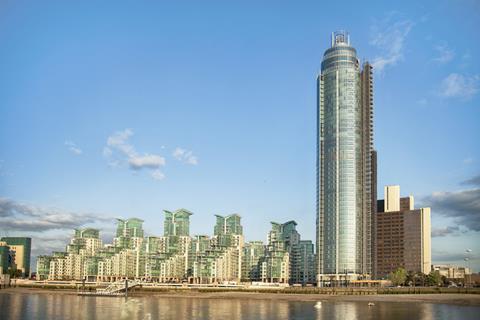 He endeared himself to architects and planners by publicly calling for greater investment in planning departments to improve the quality of what is built, although he also lambasted Cabe for trying to dictate impossible terms to developers.

Rival firm Redrow, set up by another self-made man, Steve Morgan, in the 1970s, called him “a titan of our industry who leaves a tremendous legacy to the industry as a whole”.

Former Labour transport secretary Andrew Adonis, who held the post between 2009 and 2010, said: “[He] was the most ruthless yet talented property developer I dealt with in my time in government.”

And the former Labour leader of Haringey council in north London, Claire Kober, who is now director of housing at affordable homes group Pinnacle, added: “Tony was personable, pioneering and has an inspirational back story. A brilliant businessman, he was a one off. He will be missed by so many of us in the wider sector.”

Create Streets, the group set up seven years ago by Building Beautiful co-author Nicholas Boys Smith to promote better quality housing, said: “Very, very sad to hear of [his] sudden death. His character was Dickensian in the best possible way: brilliant, straight-talking, driven, presumably ruthless in a deal (we never saw that side) but also kind, complex.”

Former Wates chief executive Paul Dreschler hailed him as having “a natural understand[ing and] real nose for opportunity and [the] impact of well targeted property development – his footprint in London is massive”.

And his former PA Becky Stevens, who now runs a florists in Hampshire, said he was “an amazing man, an inspirational man, an awkward but rewarding boss and the man who shaped me to be the woman I am today”.

In a statement, Berkeley thanked everyone for “all of the kind messages and tributes”.