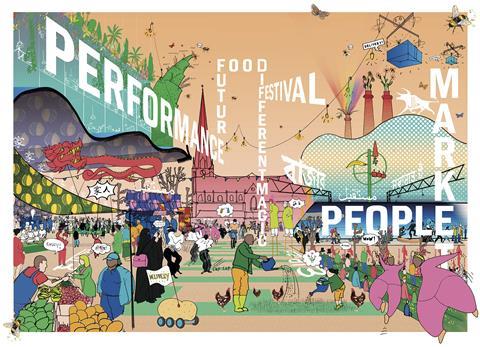 David Kohn Architects has won the competition to design a new market development in Birmingham,

The project is part of Lendlease’s £1.5bn Smithfield regeneration project which aims to be a “new destination in the heart of the city centre” with cultural and leisure attractions as well as a retail and housing.

Some 75 teams entered the competition which was run by Colander for Lendlease and Birmingham council and featured Amanda Levete on the jury.

Those who entered include big names such as RSHP, Hopkins, Hawkins Brown and BIG. 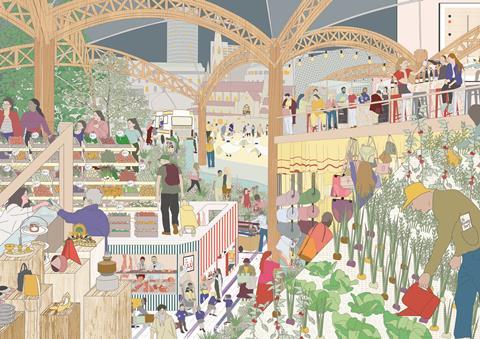 A canopied market space in a new civic square will be the gateway to Kohn’s scheme which will contain a new market building connecting two existing ground levels, an accessible green roof and a four- to eight-storey office building.

The competition brief said: “Above all else, the winners of this competition will be fantastic designers: able to create a Market that combines extraordinary and joyful architecture with a lively and unpredictable market atmosphere that is created by the people who use it. 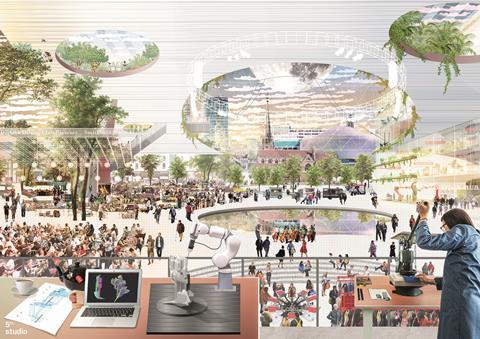 “The challenge will be to deliver both: the finished project must stand up to scrutiny as an exceptional piece of architecture that responds with dignity to its complex inner-city location, but it must also become a backdrop, within which the theatre of a buzzy market can unfold, and in which memories can be created.”

The development of Birmingham Smithfield – the historic heart of the city next to the Bullring and New Street Station – is part of Birmingham’s Big City Plan launched in 2010, which sets out a 25-year vision to help it become a “world-class city”. 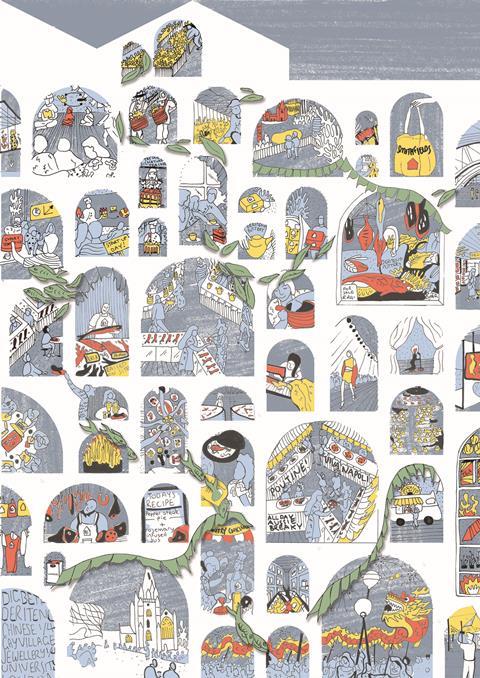 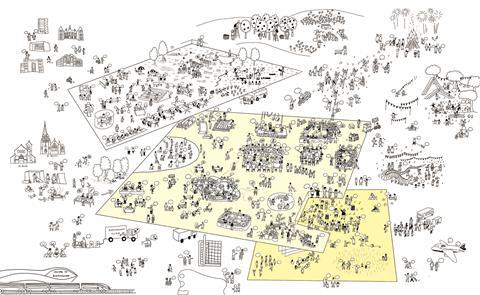