Save Britain’s Heritage to seek listing for church ruins 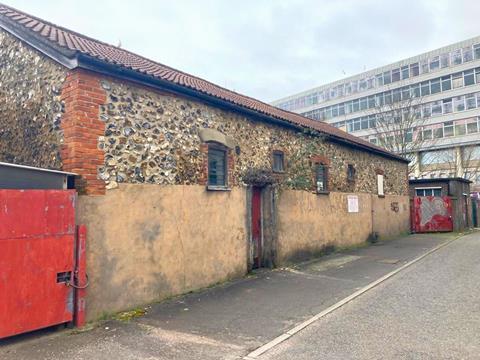 The barn and retaining wall, believed to include the Medieval remains of St Olave’s church

A heritage campaign group has backed a listing application for the remains of a medieval church in Norwich at risk of demolition for a huge mixed-use development.

Weston Homes last month submitted revised plans for the 1,100-home Anglia Square scheme in Norwich’s historic city centre, a year and half after their first application for the site was refused.

But Save Britain’s Heritage (SAVE) is now calling for a complex of flint warehouses on the site to be listed on the basis of claims by local conservation experts that the buildings may contain the remains of the medieval parish church of St Olave’s.

Mark Wilson, surveyor of the fabric for Norwich Historic Churches Trust, discovered unusual coursed flintwork on the site, thought to be part of the original wall of St Olave’s, which dominated the corner of St Crispin’s Way and Pitt Street until the mid-16th century. 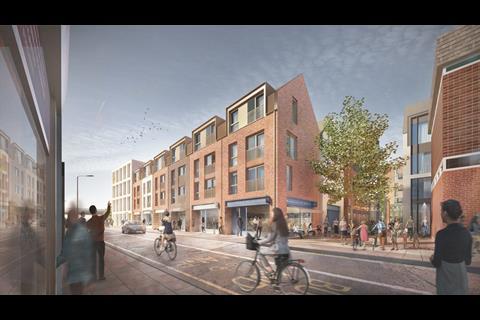 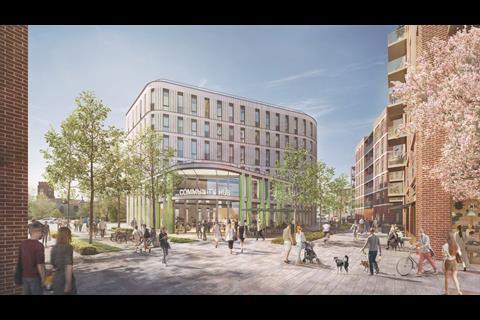 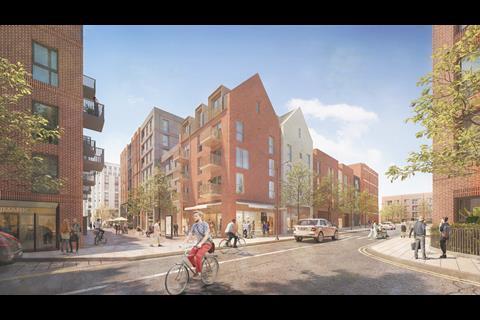 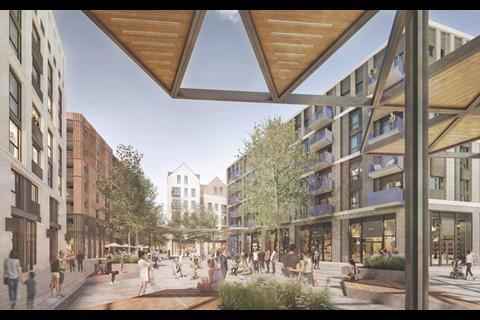 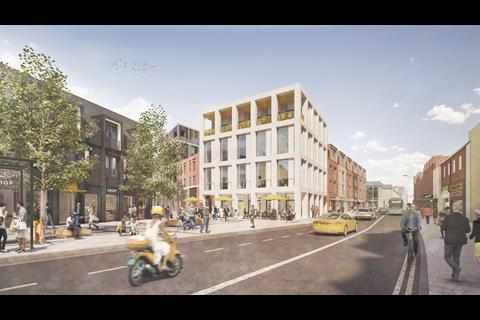 Weston Homes’ scheme, which has been designed by Broadway Malyan, would see the site cleared and replaced with 11 large residential blocks of up to eight storeys.

SAVE has opposed the scheme since its inception and campaigned against the 2018 planning application, which was ultimately rejected by then-communities secretary Robert Jenrick in November 2020.

Jenrick overruled his planning inspector, deciding that the scheme’s size was excessive in relation to its context.

SAVE executive president Marcus Binney said at the time of Jenrick’s refusal that Norwich had been “spared the most monstrous carbuncle that ever threatened to deface an English cathedral city.”

The new designs for the 4.7ha Anglia Square development have removed the much-criticised 20-storey tower and reduced the floorspace by a third.

But SAVE remains concerned about the scale and massing of the proposed blocks, as well as the threat to the newly discovered church remains.

SAVE director Henrietta Billings said: “It’s extraordinary that the medieval remains of St Olave’s appear to have survived not just Second World War bomb damage but the 1960s redevelopment of Anglia Square as well.

“We strongly support the listing of this site and highlighted the importance of these historic buildings along Pitt Street at the public inquiry. We believe these buildings could be successfully incorporated into any development at Anglia Square – and must not be demolished.”

The group has written to Historic England to support the listing application for the medieval remains.

The church was built and dedicated to the canonised Norwegian King Olaf after his death in 1030. Although the church and churchyard have been lost it is believed unusually coursed flintwork that remains is part of its original wall.

At the time of their submission to the council, Broadway Malyan associate Lucas Ward said the new designs had been “drawn from and reference the past and present character of Norwich”.

Weston Homes chairman and managing director Bob Weston said at the time: “With the new proposals for Anglia Square we have consulted in depth with local people and listened to all the key stakeholders.

“After many months of hard work on the designs we hope that the new application will be well received by the planning committee and local people of Norwich.”