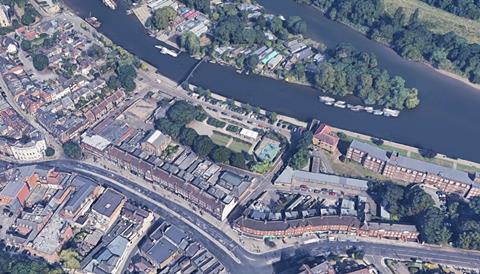 Five practices have been shortlisted in the latest bid to find designs for a new mixed-use development for the Twickenham Riverside site in the London Borough of Richmond.

Allies & Morrison, Baynes and Mitchell Architects, Cullinan Studio, Haworth Tompkins and Hopkins Architects have made it through to the final stage of the current bid to redevelop the Thameside site, after Francis Terry – winner of an earlier process – was removed from the scheme.

Terry was appointed to the project in 2016 in what was his first competition win since splitting from father Quinlan Terry’s practice. But local residents banded together against his Regency-style proposals for the site, between Water Lane and Wharf Lane. 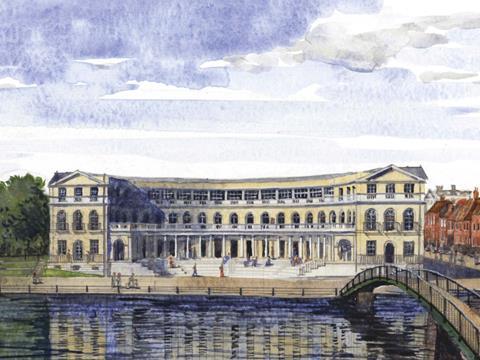 RIBA Competitions said the five shortlisted practices had been whittled down from 54 firms that made expressions of interest following March’s relaunched drive for an architect.

Sarah Williams, the competition’s architectural adviser, said the first stage of the latest process had “received some exemplary submissions” that would be worked up and taken forward to a round of public consultation starting in the autumn.

“This is an exciting opportunity for teams to create something vibrant and beautiful along the River Thames for the benefit of the community,” she said.

“The panel are very much looking forward to receiving proposals from this strong shortlist.” 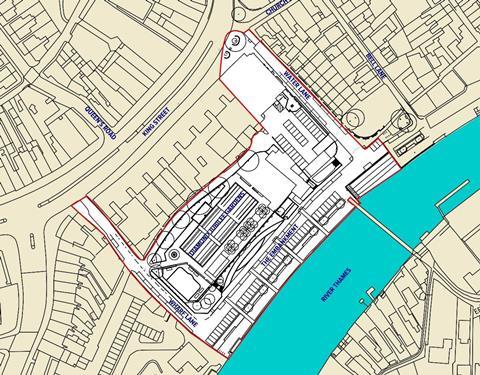 Richmond council leader Gareth Roberts, who is a member of the competition’s design panel, said he was confident the shortlisted practices would offer the public a “good mix of styles and ideas”.

He added: “There is a good opportunity for a firm to leave their mark.”

The brief for the competition describes housing – at least 50% of which should be affordable – as “essential”, and mandates the reprovision of the quantum of existing public space.

The document stipulates that the development should provide a focal point for the district, and that it could contain creative space, and the potential for arts and cultural uses. It gives an indicative construction budget of £25-35m.

When the latest Twickenham Riverside competition was launched, an honorarium of £6,500 was pledged for each of the shortlisted teams.

A winner for the project will be announced in November, according to the competition timeline.