But UK sales manager says he was never given the instruction

Arconic ordered its French sales team to stop selling the type of combustible cladding installed on Grenfell Tower over a year before the West London fire, the inquiry has heard.

The hearing was shown an internal email on Monday from the firm’s French sales director Alain Flacon instructing French sales teams to stop recommending Reynobond PE, a type of ACM cladding, to customers because of fire concerns.

Reynobond PE, which contained a combustible 100% polyethylene core and had burned ferociously in fire tests, had been downgraded to a lower fire rating in 2014 which prohibited its use on high-rise buildings.

The email said that sales teams should offer customers another, less combustible, version of the product called Reynobond FR, which had a 70% mineral core, as the “only solution” in the firm’s specifications “regardless of the nature and size of the building project”.

The translated email read: “You or your customers regularly specify our Reynobond products on large-scale architectural projects. 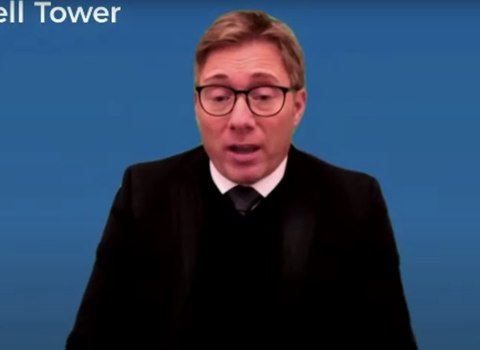 “As such, Alcoa Architectural Products finds itself as a knowledgeable entity, and therefore accepts its responsibility and image as a specialist in this field.

“In view of the potential calorific benefits of Reynobond FR (vs Reynobond PE), and consequently its superior performances, we have taken the proactive habit of favouring FR as the only solution in our specifications.”

The email then continued in bold text: “As from today, I ask you to go even further and to systematically confirm in writing the requirement for FR for all projects on which a Reynobond specification is involved, regardless of the nature and size of the building project.”

Despite the warning to French sales staff, UK sales manager Vince Meakins said that he was never given equivalent instructions by his employers for the sale of PE to the UK market.

Meakins, who was appointed to his role in 2015, said that he had never seen the internal email from Alain Flacon and was “unaware of how [Reynobond PE] was being sold in France”.

Asked by counsel to the inquiry Kate Grange QC if he had ever received similar instructions to not sell PE in the UK, Meakins said: “No, up until the fire, the tragedy at Grenfell, there was nothing said to me to stop selling or producing or putting forward the PE product.”

Arconic continued to sell Reynobond PE for architectural use in the UK until 2017, eventually halting supply on 26 June 2017, 12 days after the Grenfell Tower fire.

Despite the firm being aware that PE would burn in the event of a fire, Arconic vice president Claude Schmidt said in his witness statement that the decision to stop supplying PE was not made because the firm “believed Reynobond PE to be inherently dangerous, nor because there was any prohibition on its sale for use on buildings above a certain height”.

Schmidt added: “It does, however, have certain characteristics which, if it is used incorrectly, can increase the risk of fire spread.

“That is, the core is made of polyethylene, which is a plastic. If that is exposed to a heat source, it will bum.

“Incorrect use (for example in a poorly carried out refurbishment where its use in combination with other materials has not been properly assessed) can therefore mean that in the event of a fire, the risk of that fire spreading is increased.

“The company’s assessment, made very quickly after the Grenfell Tower fire, was that its product had been used incorrectly.”

Last week the inquiry was shown a report from a 2004 fire test of PE in a cassette form, as used on Grenfell, which laboratory staff had to stop after 850 seconds because it burned so fiercely.

Despite this test, the product had been classed as Euroclass B in a 2008 test report. This was used by the British Board of Agrement as the basis for giving the product the UK class 0 rating, which marked it as safe for use on buildings over 18m in height.

But in 2014 the product had been downgraded to the Euroclass E rating.

Despite being informed of the downgrade by then-technical manager Claude Wehrle, the inquiry heard last week that then-UK sales manager Deborah French had not informed customers about the changed rating, instead sending the original BBA test report to buyers including the project team working on the refurbishment of Grenfell Tower.

Reynobond PE was the most popular of Arconic’s cladding products in the UK at the time, with the inquiry hearing last week that it was sold “by default” over Reynobond FR, which cost around €4 to €5 per sq m more than Reynobond PE.

French told the inquiry last week how she “cannot remember a single occasion on which I sold FR” in the UK, despite the fire retardant product being “much more” popular in Germany.

Phase one of the inquiry into the 2017 disaster that killed 72 people in 2017 found that the cladding installed on Grenfell Tower was the “primary cause” of the spread of the fire.