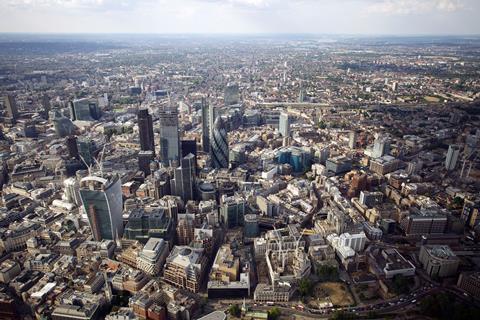 Proposals to encourage London boroughs to create their own definition of a tall building have prompted differing reactions from architecture practices.

The latest draft London Plan suggests that local authorities in the capital should have development plans that “define what is considered to be a tall building, the height of which may vary in different parts of the capital”.

In the absence of a local definition, the draft London plan gives a definition of 30m, unless a building is in the Thames Policy Area – where buildings of 25m or higher are classified as “tall”, or in most of the City of London, where the definition is 150m.

But responses to the proposals from Allies & Morrison and Levitt Bernstein give differing views on the benefits of such a requirement and throw up additional concerns.

In its written response to the formal inquiry into the latest incarnation of the plan, Allies & Morrison said it supported the concept of more local definitions of “tall” that would allow “a more context-led approach to assessing what is and is not appropriate”. 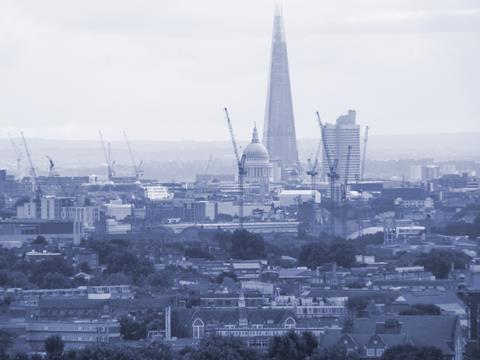 London skyline with St Paul’s, the Shard and Guy’s Hospital

The practice said the imperative should be for local authorities to undertake “thorough characterisations” to define tall building thresholds in their area. However it conceded that one definition for an entire borough may not be appropriate, and the process could result in tensions between local planning authority areas where there were differing views at boundaries.

“We would support a technical definition of ‘tall’ that is based on an objective methodology that can be applied by all boroughs in any neighbourhood,” the practice said.

“For example, a proposed building could be considered ‘tall’ if its indicative height exceeds an additional 50% above the existing prevailing height.

“This methodology would encourage multiple local definitions of what is tall and avoid arbitrary height definitions that may be unsuitable and become problematic. For example, a 30m height in parts of outer London and in more suburban centres sets a high threshold for this contingency position and could lead to undesirable results in the interim period before boroughs have established their own definitions.” 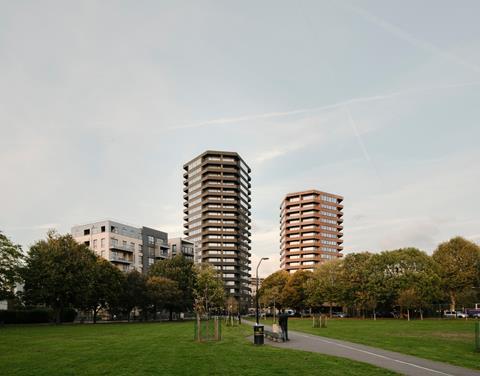 “There is much talk of mid-rise solutions – is it not the case that anything taller that the upper limit of mid-rise is a tall building – what is it if not?” the practice’s response asked.

“Before defining high rise or tall, it would be sensible to define mid-rise. Until relatively recently it meant four to six storeys; two or three decades later 12 storeys is now often referred to as mid-rise.

“Allowing the target to move in this way ignores the fact that height is largely perceived in relation to the human eye level – something that has barely changed for centuries. It remains the case that when residential streets are lined with buildings over eight to nine storeys they begin to feel dark and overbearing. 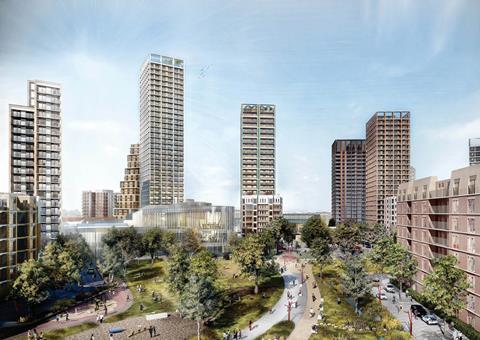 A new generation of towers is proposed for the Winstanley and York Road Estates in Battersea, under plans drawn up by HTA, Henley Halebrown and LA Architects

“Wider streets may cope with 12 storeys and large public spaces possibly 15 but our ability to relate to buildings diminishes as their height increases, particularly when they are bland, extruded forms. It is therefore vital to consider height alongside form and massing.”

Levitt Bernstein added that the use class of tall buildings was also significant, particularly contrasting new homes with new offices.

“We suggest that the policy should be more nuanced; deal not only with different height bands and forms, but also with different uses,” its submission said.

“In particular, it seems crucial to include specific policy for the design requirements of residential towers. For example, tall residential buildings also require different approaches to the provision of private and shared open space, including play space; winter gardens will often be more appropriate than open balconies. 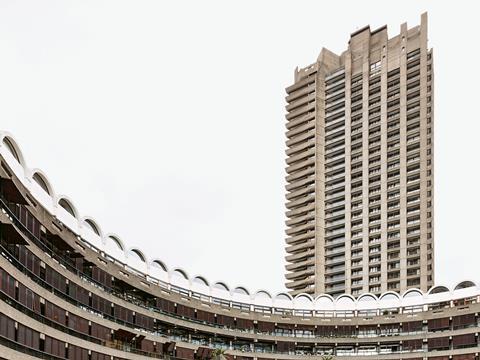 Old school high-rise: the Barbican Estate in the City of London

“Shared outdoor space may need to be distributed throughout the building rather than confined to the top and the bottom, particularly when housing families.”

Levitt Bernstein also referred to the London Plan’s policy of making “optimal use” of the capacity of sites that are well connected by public transport, with good access to services and amenities.

“This is a good justification for taller buildings and higher density living. However merely maximising the capacities of sites of this nature has resulted in some very dense, overshadowed and unpleasant neighbourhoods,” it said.

“Therefore, sufficient guidance on dwelling typologies for taller buildings, space standards and aspect, tenure mix, private and public amenity space standards should be defined within the plan-led frameworks/approach by each borough – this could help set constraints in terms of layout, quantum and design terms and raise the bar on the quality of taller buildings.”

The examination in public of the Draft London Plan is due to continue until May.