Architects’ confidence about forthcoming work remains in the doldrums with the RIBA Future Trends index measuring a zero score in August.

The figure was an improvement on the -3 recorded in July but down from the +11 figure it racked up in August last year. 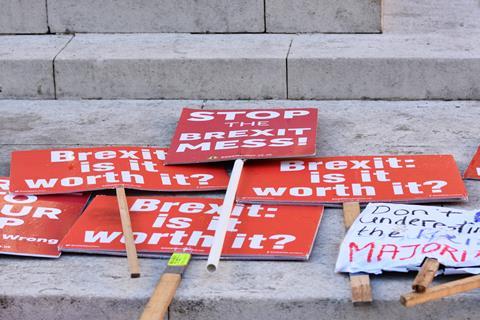 Practices in London remain the most pessimistic, although the -8 score from firms in the capital was an improvement on July’s figure of -15.

Workload predictions from practices in the south of England, Wales and the west have now followed London into negative territory, the index showed.

RIBA head of economic research and analysis Adrian Malleson said: “Many have drawn attention to issues attributed to Brexit. These include a falling pound causing increasing costs, lowered margins and fee income and projects failing to move beyond feasibility studies.”

But firms in the north of England and the Midlands & East Anglia were more optimistic, with the pair recording figures of +29 and +19 respectively.

It comes in the same week that the Arb released its annual reporting revealing that the number of architects with qualifications from other EU nations seeking to practise in the UK has fallen for the second year in a row.