The Manser Practice has been given planning for an £80m mixed-use scheme in Gibraltar.

The towers, which are 70m, 67m and 58m high respectively, will house 360 residential units and 120,000sq m of retail and office space along with a spa, gym, swimming pools and restaurants. Client on the scheme is Bentley Investments. 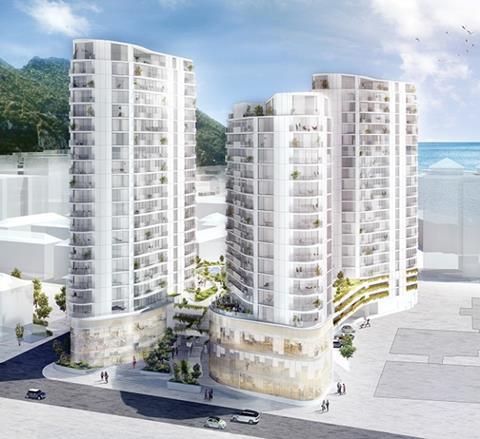 The scheme will include 360 apartments

The scheme will also have private residents’ gardens above the car park and views of the British Overseas Territory’s famous rock. Around 32,000 people live in Gibraltar.

The 40-strong Manser Practice was founded by Michael Manser, the award-winning modernist and former RIBA president who died last year aged 87. The firm is now led by his son Jonathan.