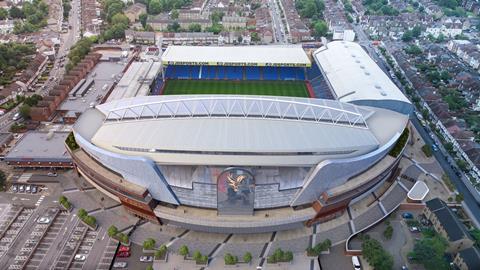 Croydon council’s planning committee gave the club the green light last week to proceed with the £100m project and its decision will now be referred to London Mayor Sadiq Khan for final approval.

The plans revolve around redeveloping the ground’s main stand, which will see the existing structure torn down and a new stand erected, along with the demolition of a number of council homes next to the stadium, with affected residents being re-housed in new houses rebuilt nearby.

The resulting new stand, designed by London architects KSS, which also came up with the plans to extend Anfield, home of Liverpool FC, will boost Selhurst Park’s capacity from 26,000 to 34,000, the club said.

Crystal Palace chairman Steve Parish said: “I am absolutely delighted that Croydon Council has backed our plans. This project will not only transform the stadium, which has been our home since 1924, but it will also have a positive impact on the south London community.

“I want to thank everyone who voiced support and those connected to the club who worked so hard over the last few months towards this very important step in the dream of a new Crystal Palace for Crystal Palace”.