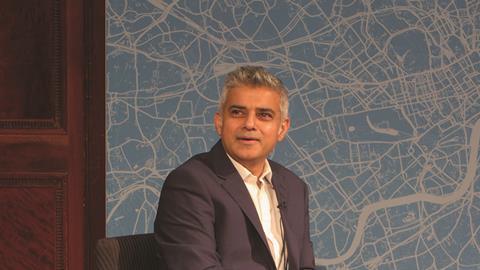 Mayor of London Sadiq Khan has unveiled new planning guidance for the capital that offers developers the carrot of exceeding density thresholds and space standards for schemes that supply enough affordable housing and have “exemplary design”.

The measures are contained in the just-published Homes for Londoners supplementary planning guidance, which aims to speed the development of new housing and ensure that at least 35% of new units are “affordable”.

Khan’s core plan is to exempt developers from the need to submit viability assessments underpinning schemes on private land when they have a minimum of 35% affordable housing, essentially creating a “fast track” for compliant projects. The affordable-housing threshold for publicly-owned sites is 50%.

In addition to the viability assessment flexibility, the SPG also moots the potential for well-designed schemes to deliver housing at higher density levels when enough affordable housing is delivered.

“Where a scheme meets the 35% affordable housing threshold it may also be appropriate to explore the potential to increase densities on a case-by-case basis to enable the delivery of additional affordable homes where this meets exemplary design standards,” it said.

The guidance added that it would be for local planning authorities and the mayor to consider the weight to be given to the benefit of additional affordable housing above the threshold, “where it arises through increased densities or scale”.

Khan’s new SPG also acknowledges the importance of the capitals burgeoning build-to-rent market and urges boroughs to take a flexible approach to local polices on the size of apartments and balance between single-person and family homes that schemes provide when evaluating private-rented sector applications.

“Build-to-rent can be particularly suited to higher density development within or on the edge of town centres or near transport nodes,” it said.

“Local policies requiring a range of unit sizes should be applied flexibly to build to rent schemes in these locations to reflect demand for new rental stock, which is much greater for one and two beds than in owner-occupied or social/ affordable rented sector.”

While the SPG acknowledges the space standards included in the current incarnation of the London Plan apply to all tenures, it reminds local planning authorities that the London Plan “provides flexibility to consider innovative designs where they meet identified need and are of an exceptional design and standard”.

The guidance said that areas in which councils may want to show flexibility on design standards to PRS schemes could include the number of homes per core per floor, and the number of single-aspect homes. 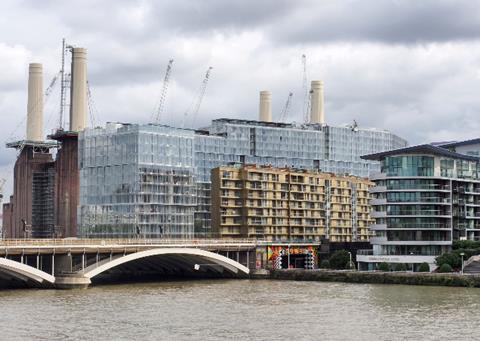 Khan said the SPG represented a new approach for developers that would allow them to benefit from a fast track through the planning system if they offered more affordable housing and got building quickly.

“I’m determined to ensure we don’t have a repeat of what happened at Battersea Power Station, with developers unacceptably reducing the number of affordable homes on site after planning permission was granted,” he said.

Earlier this year Battersea Power Station Development Company asked the London Borough of Wandsworth for permission to revisit its affordable-housing obligations on the scheme with a view to reducing the quantity by 40%.