Jones edges into lead in the race for Portland Place 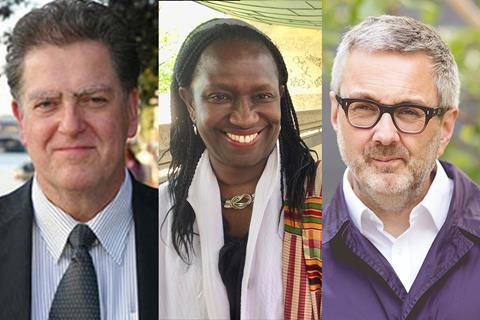 The battle to be the next president of the RIBA will be a closely fought two-way race between Elsie Owusu and Alan Jones, according to an exclusive BD poll.

With less than a week until the ballot closes, Jones is in the lead with just over 37% of respondents backing the Northern Irish architect and academic for the job.

But chasing at his heels is Owusu who is by far the most controversial candidate in recent years, reporting the RIBA to the fraud squad, questioning the chief executive’s six-figure salary and receiving a legal warning from the institute as a result.

She attracted more than 32% of votes in BD’s poll.

American outsider Phil Allsopp is trailing with just over 8%.

Meanwhile more than 22% of readers ticked the “none of the above” box, indicating widespread dissatisfaction with the whole thing.

We asked: Who do you want to be the next RIBA president? 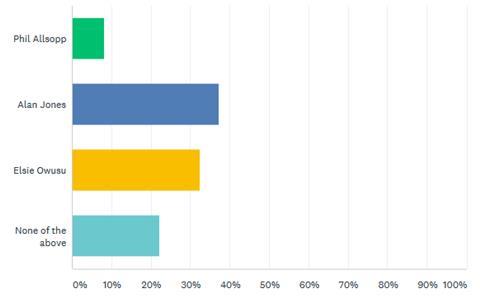