John Armitt to be interim chair of NIC 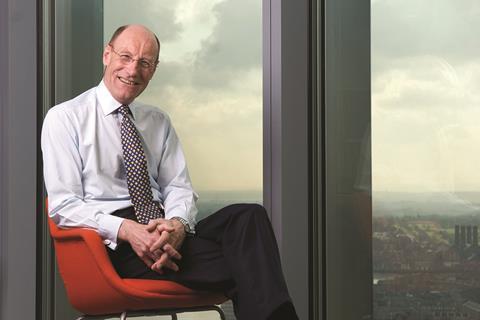 At the same time the NIC confirmed a permanent replacement would be installed in due course.

Armitt, a founding member of the NIC, serving since its inception in 2015, said: “I would like to thank Lord Adonis for his work as chairman, leading the organisation as it examined a wide range of infrastructure issues, and kick-starting the development of the UK’s first-ever National Infrastructure Assessment.

“The commission has a busy and exciting few months ahead, and I look forward to continuing the work we have planned with my fellow commissioners.”

Later this year, the commission will publish the country’s first-ever National Infrastructure Assessment, looking ahead up to 2050.

Rob Naybour, co-founder of infrastructure specialists Weston Williamson, told BD: “The good thing about Adonis is that he was not seen as an industry lobbyist. The replacement should be someone with an understanding of the importance of high-quality infrastructure - particularly where associated with cities and urban life.”

Richard Threlfall, partner and head of infrastructure building and construction at KPMG, threw his support behind Armitt, arguing consistency was all-important.

But Andrew Stunell, the Liberal Democrat peer behind an independent review into Brexit’s impact on the construction industry, urged government to look beyond the existing commissioners, who include architect Sadie Morgan, of Stirling Prize-winning dRMM.

He said: “While there are undeniably fantastic people with incredible technical knowledge currently on the commission, and Sir John Armitt is clearly one of them, I would expect government to be looking outside.

“Government will be looking for someone who is willing to say ‘Yes, minister; yes, minister’, who is more biddable politically, and I am hoping that does not mean someone coming in and learning the industry from scratch.”