In a series celebrating BD’s Architect of the Year finalists, we look at the workplace shortlist 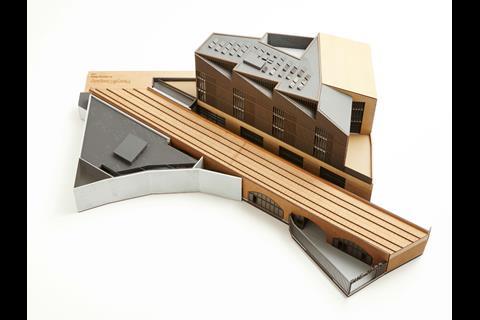 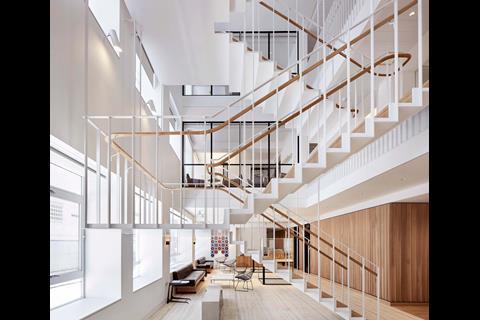 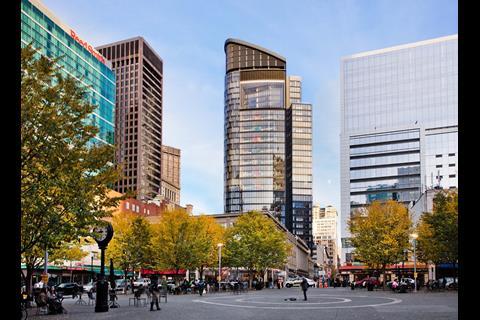 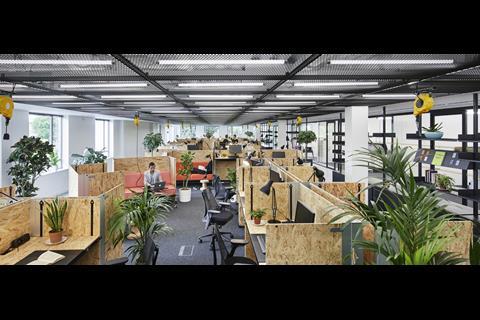 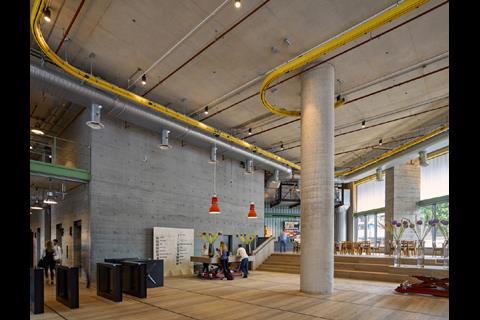 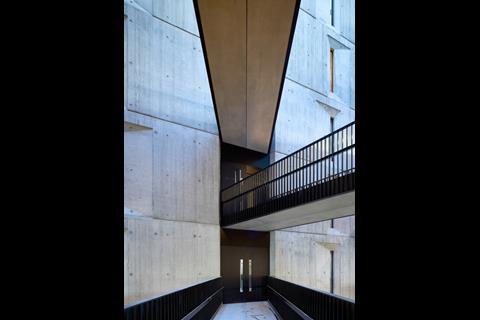 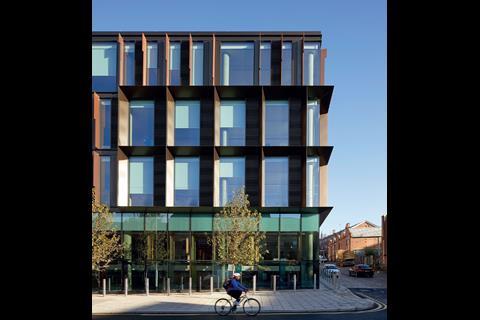 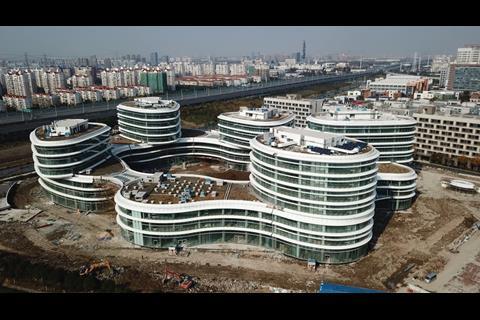 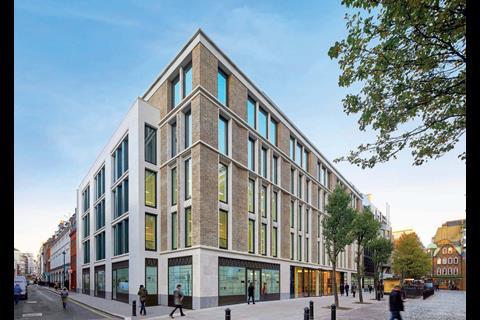 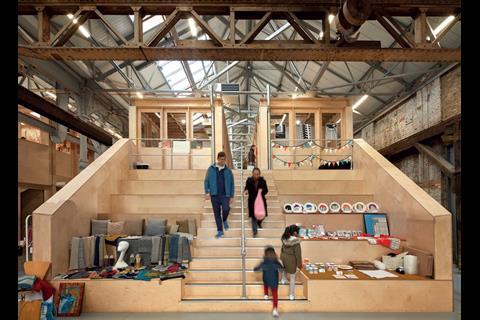 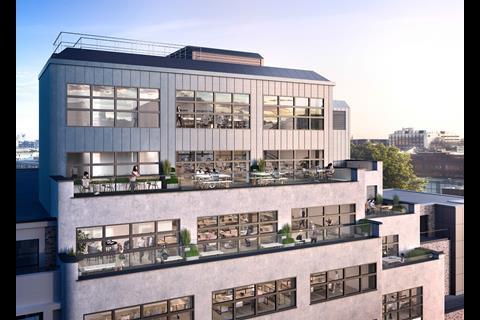 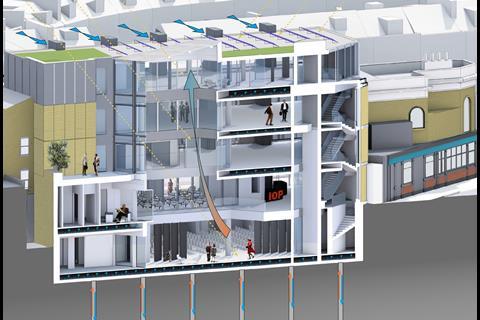 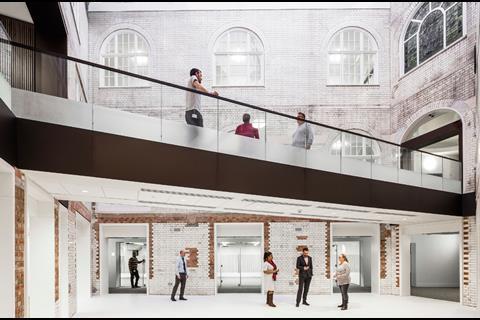 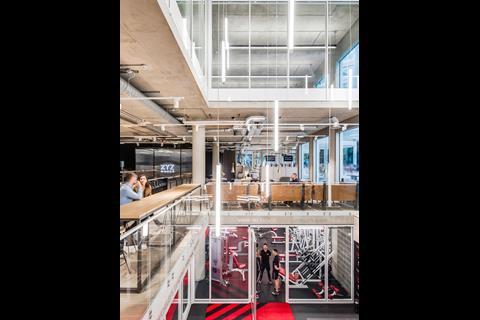 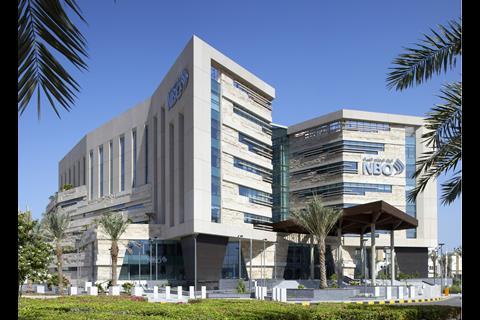 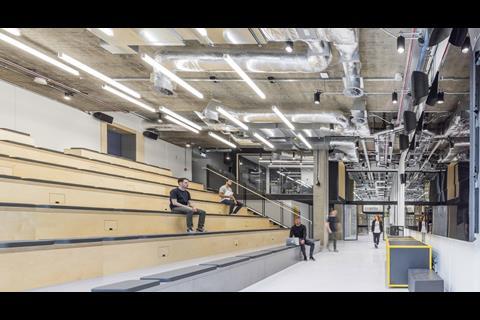 Today’s shortlist is Office Architect of the Year Award

Tate Hindle is on site with new offices for the Institute of Physics at King’s Cross. The design includes a double-height exhibition gallery and auditorium and full-height windows designed to give glimpses of the institute’s activities. The practice’s entry also includes a hotel-like workplace for The Falcon Group in the City of London as well as two category A developments in London’s Clerkenwell and Spitalfields.

The practice describes its workplace design as creating narratives through materiality linked to the local. At Spring Place in Kentish Town this is expressed as steel-clad industrial vernacular while at The Copyright Building in London’s Fitzrovia the result is a refined travertine office. At its co-working projects on Princelet Street and Spring Place, careful consideration was given to ensuring that the buildings open out and encourage the public in.

The practice’s entry features two contrasting completed projects – £35m new-build Thirty Broadwick in the heart of London’s Soho for Great Portland Estates and The Forge, a £1m new headquarters for Craft Central within a listed, former ironworks on the Isle of Dogs. At 15 Stukeley Street in Covent Garden, Emrys is working on an extension and refurbishment of a 1980s Richard Seifert building.

LOM’s entry ranges from a staff academy for Tesco in Hertfordshire to a 50,000sq m headquarters for the National Bank of Oman in Muscat. In London, the practice completed the 9,000sq m RocketSpace campus for tech start-ups in a redundant Islington NatWest cash facility and was delivery architect for the fit-out of data scientists dunnhumby’s new 11,000sq m offices in Shepherd’s Bush.

Gensler’s The Tower at PNC Plaza in Pittsburgh aspires to be the “greenest skyrise in the world” with a design that exceeds Leed Platinum performance. In the UK, it has completed a London flagship for Adobe within the White Collar Factory at Old Street as well as a new workplace for Hyundai Capital in Surrey. In Cardiff’s city centre, the practice is working on 31,600sq m offices for HMRC.

According to the practice, successful workplaces are about creating distinctive, vibrant and inspiring places in which people can meet, interact, entertain and do business. Its entry includes £40m One Angel Square, which allows Northamptonshire council to bring all its organisation under one roof for the first time, and The Bright Building, the first building to be completed as part of the Manchester Science Park masterplan.

AHMM’s entry demonstrates its ability to work across different scales, contexts and tenures. At White Collar Factory, it created 27,200sq m across a complex of six buildings at London’s Old Street, and in Southwark it completed the 2,300sq m, 100 Union Street development. The practice is regenerating the grade II-listed Television Centre at White City while across the city in Broadgate, it is designing a refurbishment of British Land’s 1 Finsbury Avenue.

Cartwright Pickard aims to create distinctive workplace buildings that bring prestige to their developers and occupiers and deliver the best possible environments for working, meeting and making decisions. Its entry features two projects in existing buildings – the conversion of the Albert Works warehouses in Sheffield and the refurbishment of Lambeth town hall in London – as well as XYZ, a 22,040sq m new-build in Manchester.