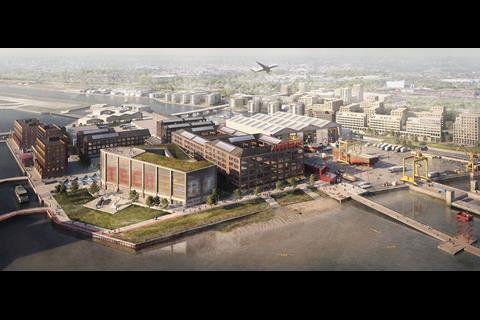 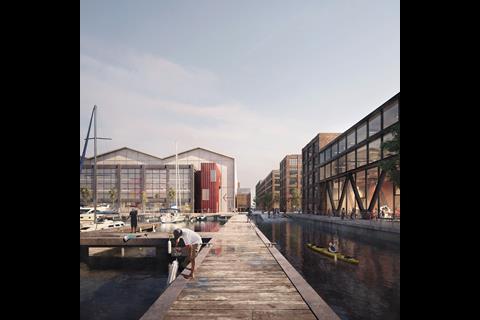 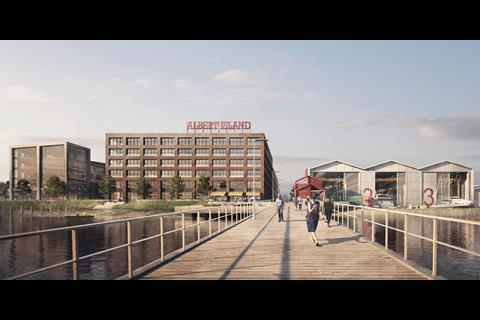 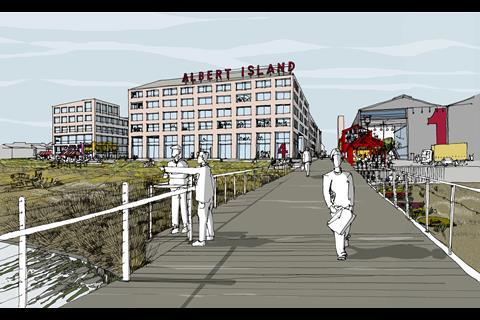 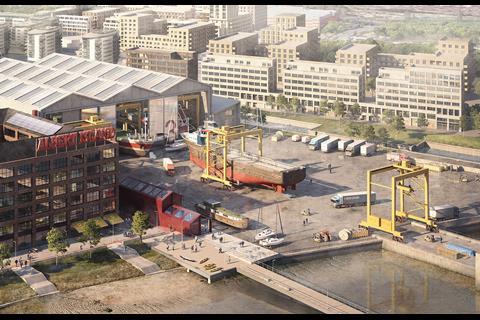 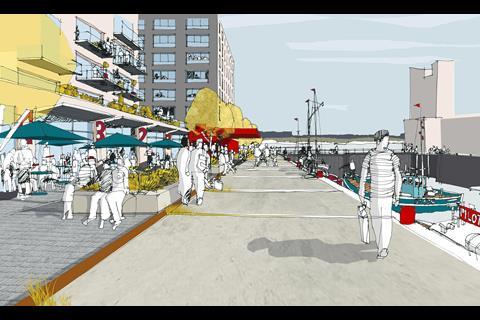 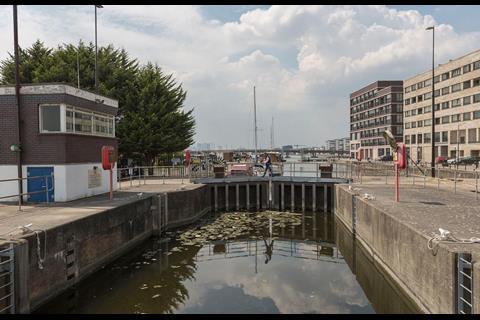 View to the south-west from Albert Island

New images have emerged of Haworth Tompkins’ proposals for the regeneration of Albert Island in East London’s Royal Docks.

The Stirling Prize-winning practice was appointed to create regeneration proposals for the 11ha site to the east of London City Airport earlier this year, in conjunction with landscape architect LDA design.

Core elements of the scheme for the site – which is owned by the Mayor of London and being developed by London and Regional – include the capital’s first new shipyard for 300 years, new business space, a transport and engineering education hub, and an innovation and research quarter.

The proposals also include the full restoration and upgrading of Albert Island’s marina to create a “fully functioning mooring location for boats on the Thames” with the biggest shiplift in Europe. 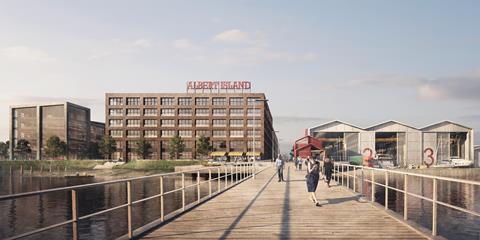 Additionally, the project team said the regenerated island would house a River Centre for London, created in conjunction with the River 21 charity, to provide education and training opportunities designed to promote the modern working river and its history.

LDA’s brief includes creating landscape infrastructure and public realm responding to the industrial and functional nature of the island.

The practice said it would deliver a “strong post-industrial landscape character” with maritime planting, safeguarded wildlife habitats and good connections for pedestrians and cyclists to other parts of the Docklands.

London and Regional is due to start consulting on the proposals and expects to secure planning permission for the scheme in time to start on site during 2020. 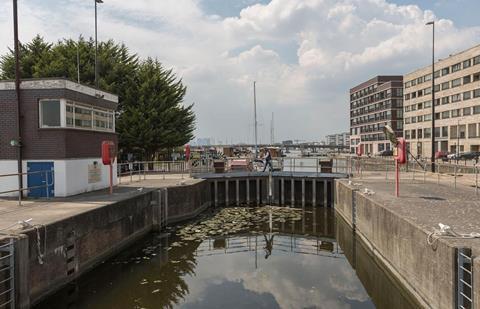 View to the south-west from Albert Island