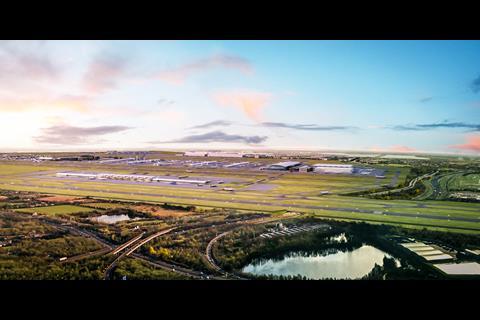 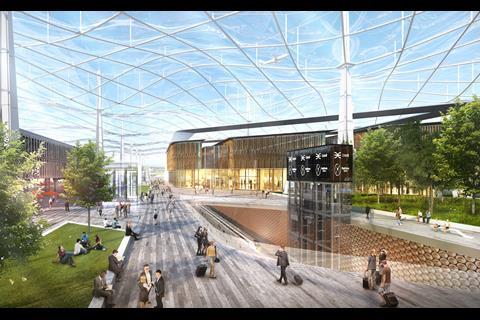 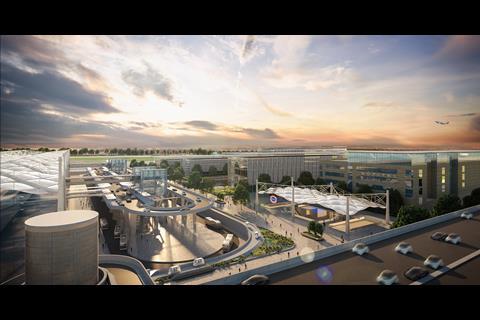 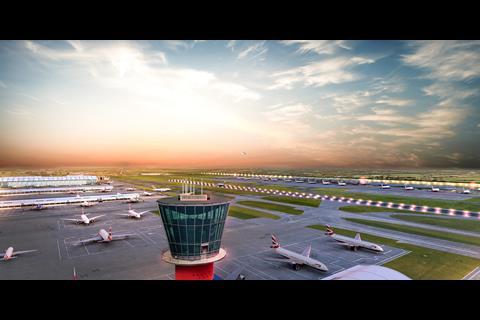 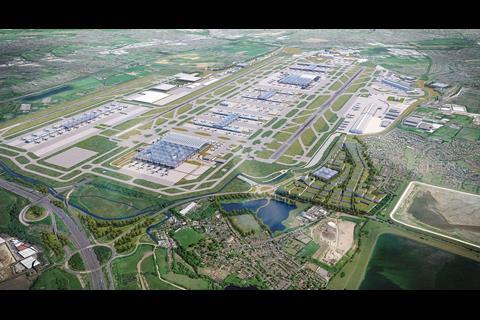 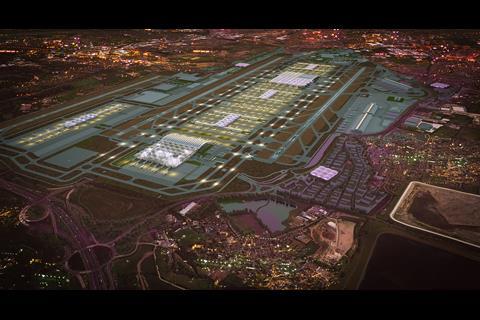 Grimshaw was today celebrating MPs’ decision to approve a third runway at Heathrow.

The architect was appointed to masterplan the airport’s expansion in July 2016 and has been working on the project ever since through political oscillations.

Partner Jolyon Brewis said: “We believe that this expansion is needed, and that it will be delivered with careful regard for its impacts on local communities and the wider world. Grimshaw is proud to be part of a team designing an expanded Heathrow that will set new benchmarks for innovation and sustainability in airports.”

However the path is still not clear, with four west London councils confirming they will attempt to challenge the decision – taken in a Commons vote last night – through the High Court. The showdown is set for this autumn.

Al Watson, head of planning and environment at law firm Taylor Wessing, said: “Previous policy support, right back to 2003, has come and gone, and no concrete has magically appeared.”

Others warned that the expansion needed to be carefully planned in the wider surrounding area.

Iain Painting, senior planning partner at Barton Willmore, said: “Because this is more than just a new runway – Heathrow’s expansion needs to be carefully planned for and considered, to ensure the complementary delivery of new homes, hotels, commercial and industrial space and transport connections that will be required.

“This will be no mean feat, in an area constrained by green belt and where existing local plans do not accommodate the expected housing need or demand for commercial and hotel space that will go hand in hand with an expanded Heathrow.

“This expansion will change both the spatial map of west London and the western home counties, but also the economic activity of these areas, which will see improved connectivity and a fundamental change in their market perception.

“We should seek an overarching strategic plan, so that we have properly planned development in the right places at the right time. Private and public-sector partners need to come together to make this happen. We’ve been sat at these traffic lights for long enough. We’ve finally got the green light – it’s time to get in gear and get moving.”

“With major skills shortages already visible throughout the sector and further concerns of labour shortages post-Brexit, one only has to look at the tell-tale signs showing at the labour-intensive tail-end of the Crossrail project. Ongoing labour force problems, cost escalation, schedule delays and question marks over quality are all evident and do not bode well for Heathrow.

“That is why Heathrow’s ambitious plan to deliver a significant proportion of the construction in four remote ‘logistics hub’ locations across the UK is a real game changer for major UK infrastructure. It plays to the government’s wider industrial strategy ambitions of rebalancing economic growth across the country, it will create new manufacture-led construction supply chains, it will massively improve productivity, reduce site waste and will reduce the perennial risks associated with traditional on site delivery.”