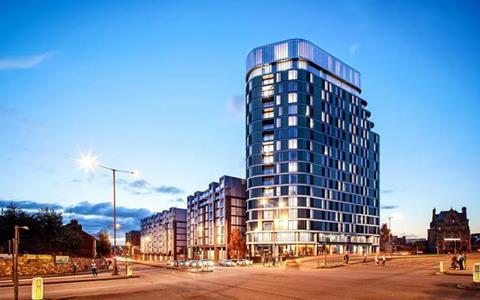 Falconer Chester Hall has secured planning permission for an £80m flats development at a gateway site on the edge of Liverpool city centre.

Its 505-home Greenland Street proposals for city-based Legacie Developments will deliver the flats in four blocks of eight to 18 storeys on a 0.75ha site that falls within the buffer zone for Liverpool’s Unesco World Heritage Site and is around 300m from the city’s grade I-listed Anglican cathedral.

Controversially, the scheme will also require the removal of a park area that is home to a piece of artwork by Diller, Scofidio & Renfro that was commissioned for 2008’s Liverpool Biennial of Contemporary Art. The artwork – named “Arbores Laetae” or “Joyful Trees” – features 17 hornbeams that are planted in a grid, three of which rotate to disrupt the order. It is known locally as the “spinning trees”. 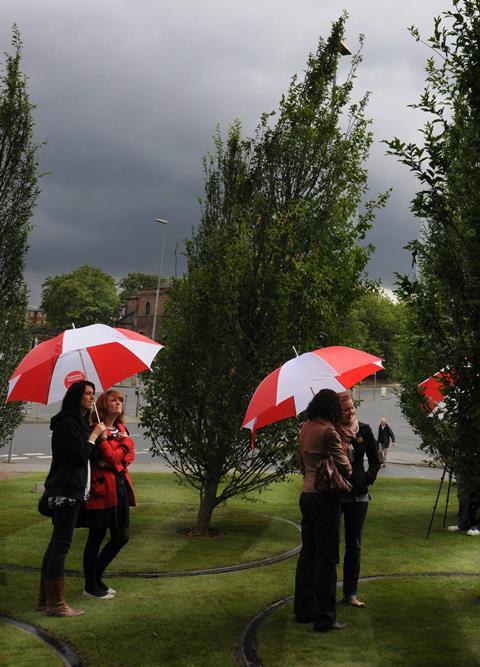 In addition to the patch of land that the artwork is on, Falconer Chester Hall’s scheme will involve the demolition of commercial and restaurant buildings on other parts of the site. However, the proposals also include 12 new commercial units and a spa.

The apartment blocks will be linked by a communal courtyard, accessed from Parliament Street, and residents will also have the use of a roof garden.

Members of Liverpool council’s planning committee voted to approve the scheme at a meeting yesterday following a visit to the site.

Planning officers said there had been 10 letters of objection to the proposals from local residents, with concerns including the height of the scheme’s tallest element, the loss of space for start-up businesses, and the loss of the green space within the development site.

Liverpool Biennial also objected to the proposals because of the loss of the artwork, and three ward councillors objected for reasons that included a perceived expectation on the part of developers that they could build significantly taller buildings at so-called “gateway” sites.

Recommending the scheme for approval, planning officers said the height of the scheme had been dropped by two storeys following pre-application discussions with government heritage adviser Historic England.

They said an impact assessment that formed part of the planning documents had concluded that key views of listed buildings and the World Heritage Site were “unharmed” by the development.

Officers added that Falconer Chester Hall’s proposals were acceptably designed and that the greater height of new residential buildings in the area was supported by recently adopted planning guidance.

“The Baltic Triangle Planning Framework adopts a flexible approach to building heights, in which each development will be considered on its own merits and within its immediate context,” they said.

“Building heights within the area have increased as it changes from a purely industrial zone with predominantly low level buildings to the mixed-use area that it is today combining taller residential blocks with mixed ground floor uses and the existing businesses.”

They concluded: “The head of planning is satisfied that the design and massing of the scheme are of sufficient quality and are appropriate to the area, as is the pallet and use of materials.

“The variation in height responds well to the surrounding buildings and adds interest to the local area. It is further considered that the development pays sufficient respect to its local environment and is therefore acceptable on design grounds.”

After the meeting, Falconer Chester Hall managing director Adam Hall said the scheme would create 150 full-time jobs during its construction phase and 100 permanent jobs when it was operational.

“The proposed development reflects the surrounding context of materials within the Baltic Triangle whilst also providing an exciting opportunity to continue the regeneration of the area,” he said. 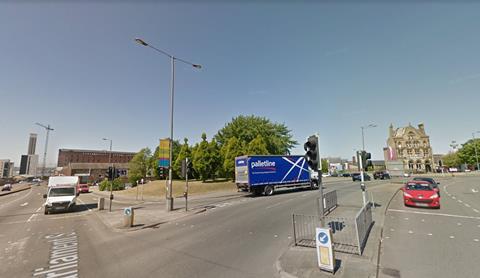