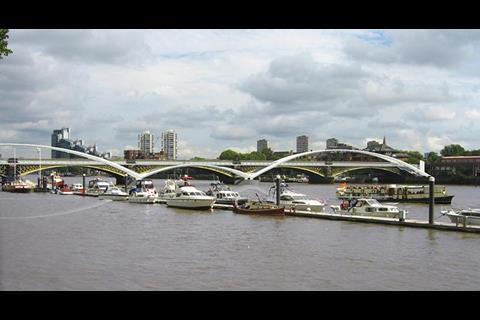 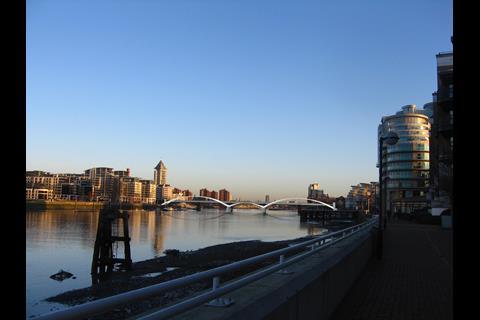 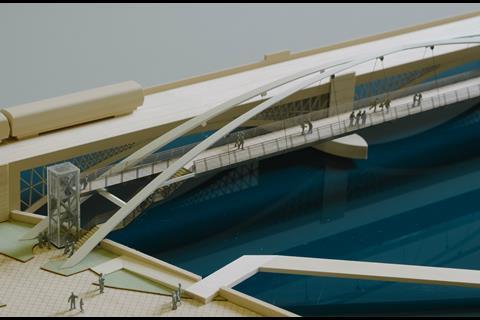 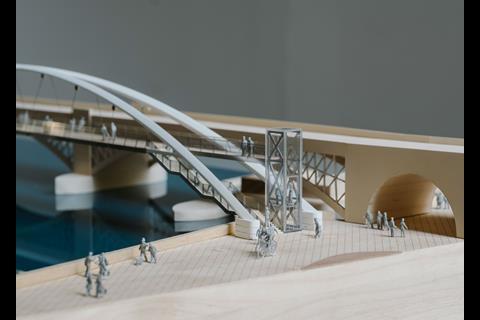 Model of the Diamond Jubilee Bridge 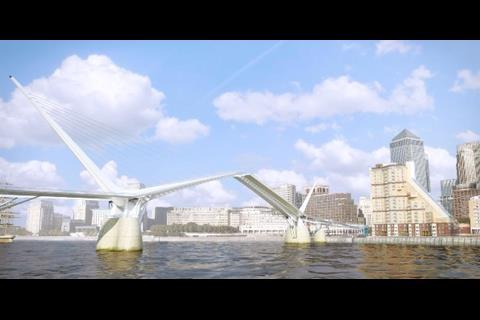 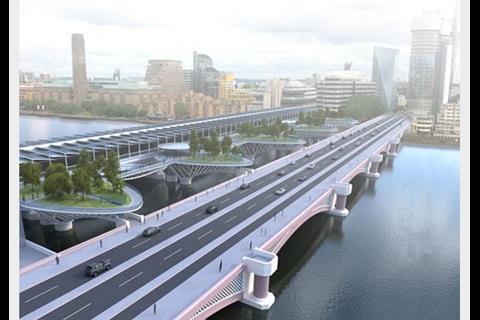 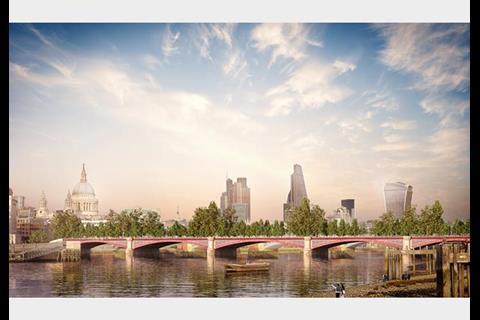 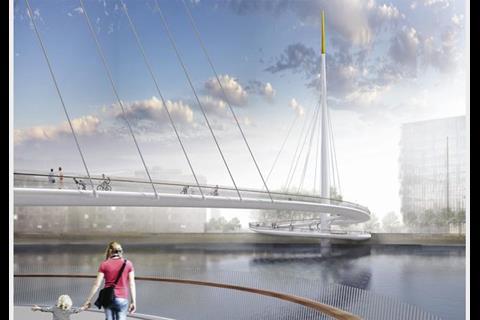 Proposals for a new bridge linking Battersea with Fulham have emerged as the clear favourite for the capital’s next Thames crossing in a poll of BD readers.

One-World Design Architects’ three-arch structure for pedestrians and cyclists close to the existing Battersea Railway Bridge garnered 56% of the votes in our survey.

The Diamond Jubilee Bridge, as it is currently known, has planning approval from both Wandsworth and Hammersmith & Fulham councils and some piling work has already been completed using Section 106 funding from neighbouring development.

But the project has some way to go to realise its anticipated £26 million construction cost.

One-World Design director Chris Medland said the bridge’s popularity probably reflected the fundamental demand for a bridge that would allow Battersea residents to access London Overground’s Imperial Wharf Station on the opposite side of the Thames.

“I’ve been working on this for the past six years and I certainly believe in it,” he said. “It’s good that Wandsworth, and Hammersmith and Fulham do too.”

He added that the bridge design would not have been successful without the expertise of engineers Tim Beckett of Beckett Rankine and Julia Ratcliffe of Expedition.

Medland said he understood that around 40% of the bridge’s construction costs were secured from Community Infrastructure Levy contributions but that delivery of the bridge could be speeded up with further backing from Mayor of London Sadiq Khan.

“With the mayor of London’s assistance, it could happen quite quickly but otherwise it could be five to 10 years,” he added.

Thomas Heatherwick’s controversial Garden Bridge was not included in our poll – but negative sentiment towards the project may have influenced a poor showing from two other projects in the race with “garden” in their titles, neither of which managed to secure a share of the vote in double figures.

Crispin Wride’s Blackfriars Garden Islands Bridge bagged the support of 7% of respondents, while Allies & Morrison’s Blackfriars Bridge Garden notched up 3% of the votes.

Designed to link Pimlico with Battersea, the bridge would be around two miles downstream of the Diamond Jubilee Bridge, and is said to be crucial for tying the regeneration of Nine Elms to the north side of the Thames. However, just 2% of readers gave it their support.