£45m project will be built in heart of city 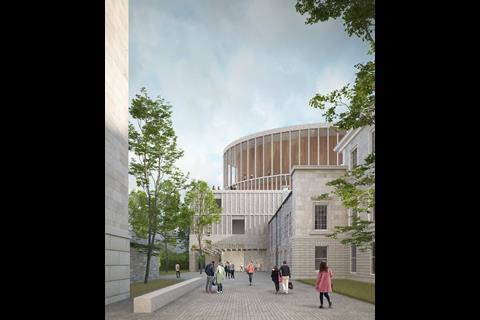 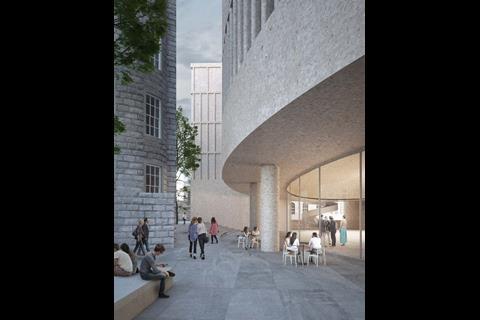 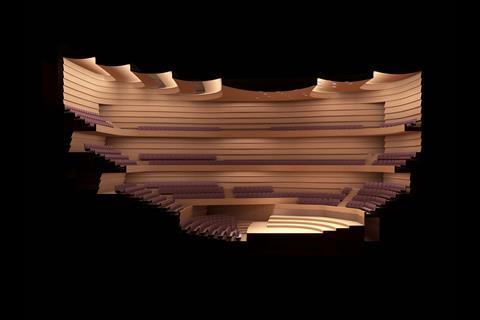 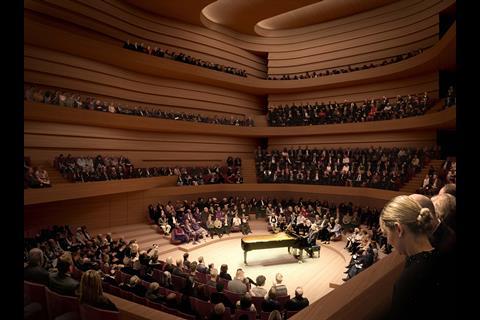 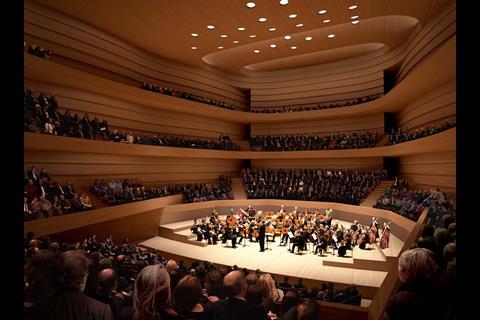 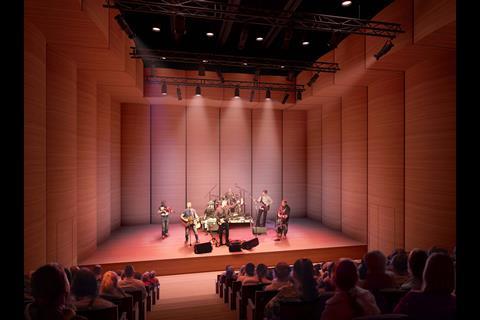 David Chipperfield has released images of the £45m concert hall he is designing for Edinburgh.

The Impact Centre, to be built in the city’s World Heritage Site, will be its first dedicated new space for music and the performing arts in a century.

Although the Scottish capital is famous for its annual arts festivals it lacks a purpose-designed, mid-sized venue for music, dance and spoken word performances.

“The setting, within the context of Edinburgh’s historic New Town, is also both stimulating and challenging. The new music venue will not only provide a modern performance space for Edinburgh but also create a new public place in this somewhat hidden corner of the city.”

Some £25m of government money has been committed to the project which will include a 1,000-seat auditorium and a 200-seat studio and rehearsal room, plus a café and learning areas. 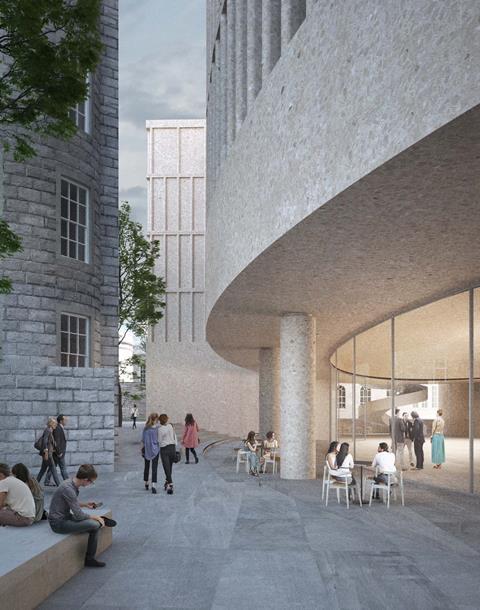 It will provide a home for the Scottish Chamber Orchestra and a venue for the Edinburgh International Festival.

The new building will sit behind Dundas House in St Andrew Square, the 1774 home of Sir Lawrence Dundas which became part of the Royal Bank of Scotland estate in 1825. The banking hall, considered an architectural jewel, will be directly linked to the complex.

This would bring together “in a breathtaking way the best of architectural design, both historic and contemporary”, said Ewan Brown, chairman of the group behind the project, the International Music and Performing Arts Charitable Trust (Impact).

He added: “This is a building being designed from the inside out with, at its heart, a hall offering world-class acoustics for performers and audiences. The design team have concentrated on getting this right, and we are now developing the look of this truly exceptional building and how it will sympathetically enhance its hidden location.”

It will be built on the site of a 1960s rear extension to Dundas House which is still owned by the Royal Bank of Scotland and which will keep an operating bank branch in the 18th-century building. 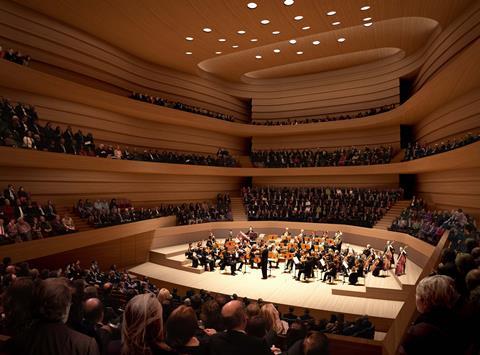 The scheme will be permeable from several directions, linking the formal Enlightenment geometry of the New Town with the later asymmetric alignment of St James’s Square to the east and the £850m shopping development there designed by Allan Murray Architects, BDP and Jestico & Whiles.

Impact’s consultation board describes the importance of this permeability, saying: “The relatively concealed nature of the site forces us to address what the building’s relationship to the city will be.

“The three principal routes available to access the new music venue have the potential to engage the building with its immediate surroundings and connect it to the wider city extending the public realm and presence of the music venue beyond its immediate envelope in a manner appropriate for its important role as a major public venue.

“While the arrival in and around Dundas House is hugely advantageous, the sequence of spaces from Princes Street are equally compelling and rich in potential arrival opportunities, and with the emerging new St James development, all approaches ask the question of where the main front door should be.

“By activating and linking all three principal approaches, a series of strong connections through the site can generate a dynamic internal organisation whereby the building itself can become a continuation of the city fabric at ground level.”