Grimshaw’s disastrously conceived restoration of the Cutty Sark is winner of this year’s BD Carbuncle Cup, tragically defiling the very thing it sets out to save 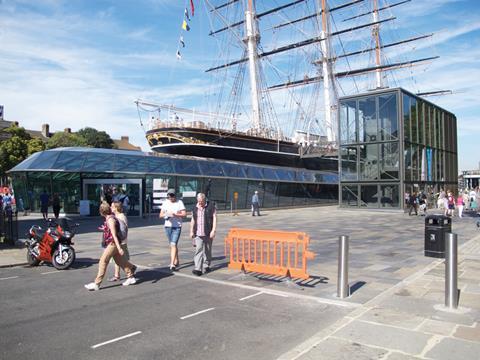 The tea clipper’s hull is now “protected” by a fully air-conditioned glass enclosure.

The Cutty Sark by Grimshaw

The world has recently been mesmerised by the case of Cecilia Giménez, the devout octogenarian from Borja in Spain, whose attempts to restore a fresco of Christ in her local cathedral went so terribly awry. We would ordinarily label someone who had committed such an act a vandal but, for all the ineptitude that she brought to her task, Giménez’s intentions were clearly sound. Her actions demand to be viewed as a tragedy rather than a crime.

In previous years the Carbuncle Cup has been handed out to buildings that were the product of horrifying greed or negligence, but neither charge could be fairly levelled against the backers of this year’s winner.

The spectacularly wrongheaded “restoration” of the Cutty Sark is a project that the charitable trust that owns the ship — the greatest and last remaining 19th century tea clipper — has pursued doggedly for the past eight years. It appointed an architect with an international reputation, and has defended its vision. It has overcome funding crises and even the loss of part of the ship’s fabric in a fire during the course of conservation work. It has worked with the best of intentions and yet has tragically succeeded in defiling the very thing it set out to save.

The scheme’s myriad failings stem from one calamitous choice: the decision to hoick the 154-year-old clipper close to three metres into the air on canted steel props. The Cutty Sark Trust assures us that this very invasive surgery was crucial to the ship’s long-term conservation. Its former dry-docked situation had caused the hull to distort but now, elevated and protected from the elements within a fully air-conditioned glass enclosure, it will supposedly maintain its shape. Historic ship experts have, however, been all but united in their disdain for the strategy. Even the Cutty Sark’s own former chief engineer, Peter Mason, resigned from the project in 2009 after seeing computer simulations that suggested the act of lifting would put a dangerous level of stress on the fabric. So why do it? 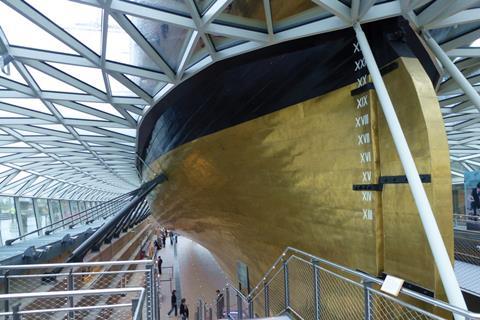 The new arrangement creates a space for corporate functions.

One reason is surely that the project’s architect, Grimshaw, found it exciting. It is notable that the practice’s Spine House, completed in Oberkülheim in Germany in 2000, features a remarkably similar section: a timber-clad, boat-like vessel is held aloft on steel legs, while high-level glazing to either side admits toplight to the undercroft. The architect clearly found the chance to restage this drama using an actual boat irresistible.

The arrangement also presented a powerful commercial appeal. With the £12 price of admission fresh in their memory, the visitor entering the volume created beneath the ship’s hull can’t help but be struck by how little it contains. A café huddles at one end, a display of figureheads at the other, but a game of five-a-side football could comfortably be staged in between. The opportunity to inspect the underside of the hull is welcome enough, but the room’s real raison d’être is the lucrative corporate function trade. As the trust has acknowledged, a key ambition was always to create “a corporate hospitality venue to rival Tate Modern”.

From street level, the once thrilling lines of the ship’s stern and prow have now been obscured behind the new glass enclosure. Misdirected as the strategy was from the start, the early renderings — undertaken when the original concept architect youmeheshe was still involved — did at least suggest a degree of delicacy. Along the way, however, the promised soap-bubble of frameless, double-curved glass has been abandoned in favour of a gawky paraphrase of the roof of Foster’s British Museum Great Court. The issues of how such a thing might meet the ground or how an entrance might be made in it do not appear to have detained the architect for long.

Having found their way past an expansive retail opportunity, visitors are taken into the ship by way of a hole bashed through the side of the hull, before circulating from deck to deck past an exhibition pitched squarely at eight-year-old enthusiasts for Pirates of the Caribbean. On reaching the top, they are taken across a gangway to a huge and startlingly banal lift, stair and air-conditioning tower from which they can access the undercroft.

While the neatness of the circulation diagram can’t be faulted, one is left bewildered by the idea that this jewel of British maritime history should have been subjected to such dramatic adjustment in order to equip it for an age of mass tourism.

The ship demanded the sensitivity afforded to other great small London museums like the Soane, but instead it has been comprehensively reimagined as a theme-park attraction.

The Cutty Sark Trust’s chairman, Maldwin Drummond, has said that the aim was to present the ship “as though for some unexplained reason the crew had gone ashore” — a worthy goal but one that this tragically ill-conceived project singularly fails to meet. 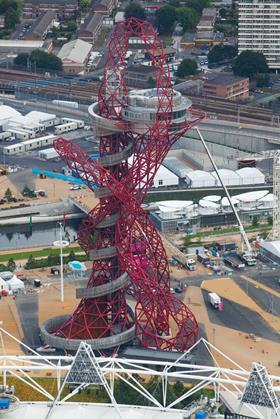 Stronger-stomached readers are directed to the video of this year’s shortlist.