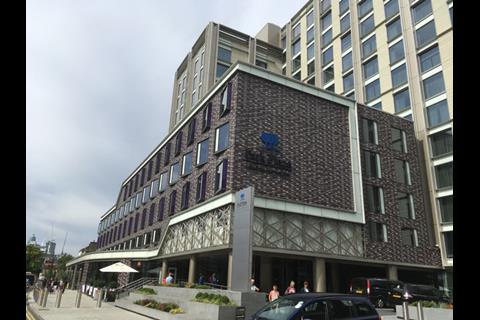 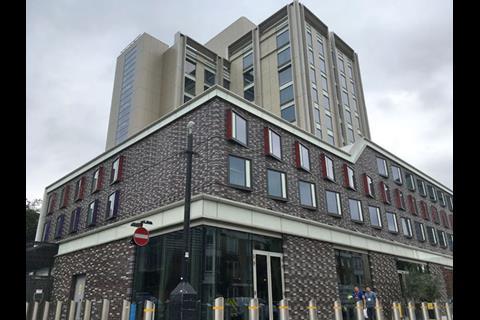 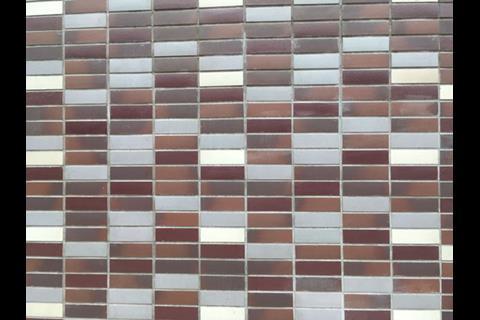 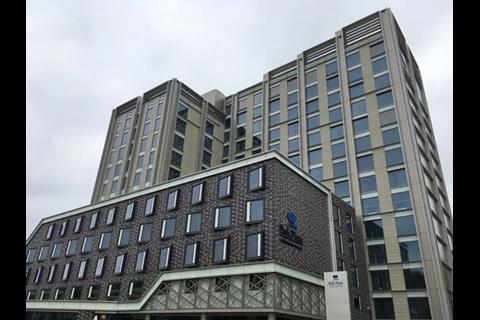 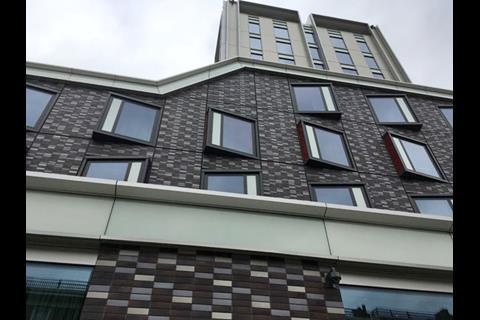 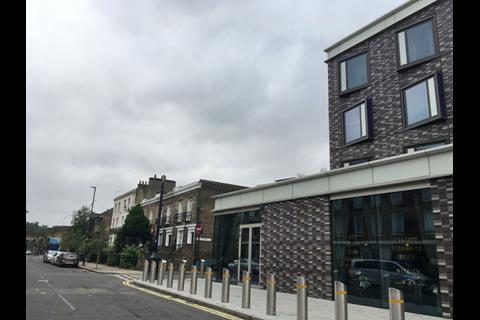 Given the task of converting a dowdy beige 1950s government building into a hotel, ESA Architecture clearly felt the right approach was to jazz things up.

The result, a Park Plaza on Waterloo’s Hercules Road which is reportedly London’s biggest hotel opening this year, stops passers-by in their tracks for all the wrong reasons, forcing them to reach for their sunglasses.

Perhaps the architects were influenced by the dazzling visions of William Blake, who once lived opposite, or by the inventor of the circus, Philip Astley, whose family home gave Hercules Road its name.

ESA began prosaically enough, stripping the building back to its frame and rebuilt it. So far, so sustainable.

But then they swathed the lower storeys in tiles whose pattern would cause havoc on a TV screen, and whose colours manage to be both gaudy and drab at the same time.

It’s a huge groundscraper so, to draw attention to the entrance, the architects lifted the cornice at one corner and wrapped a weird screen around it. It looks like the skin has been peeled from someone’s torso, exposing a spaghetti of blood vessels and veins beneath.

At the other end of the building are dRMM’s award-winning Centaur Street flats and a delightful terrace of 19th-century grade II-listed houses whose setting this pimped-up behemoth does nothing to enhance.

It seems ironic that in its former life as the government’s Orwellian-sounding Central Office of Information, the building hosted a public inquiry into Squire & Partners’ plans for the Shell Centre, hearing the pleas of people opposed to glitzy developments in the area.