Studying architecture requires hard sacrifices for little return. So why do it? 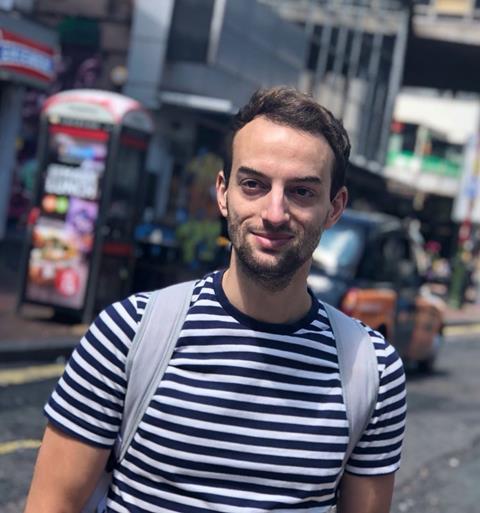 I chose to study architecture in the United Kingdom because of the prestige of the education system, the reputation of the RIBA and a curiosity about life abroad. My family was a typical middle-class Bulgarian family, with income which in Bulgaria would be considered comfortable and in the UK, sub-standard. Nevertheless, using savings and grandparents’ goodwill I managed to secure enough finances to supposedly fund me throughout my bachelor. Little did I know about the hidden costs of an architectural course and the time-consuming tasks that would restrict my ability to earn as I learn.

It was in the summer of 2011, between my first year and my second year, that I started to worry about my financial situation. Costs were much higher than expected. Printing, model making and travel were essential parts of the course and I was starting to doubt my ability to progress. When financial worries take over, there is little space in one’s mind to prioritise creativity.

After a protracted legal dispute with the Home Office over my ability to work in the UK (Bulgarian and Romanian students were still restricted), I managed to secure a job in a nightclub. The next two years, until my graduation and my first architectural job, I worked 20 hours a week, often until 6am, turning up to lectures and tutorials the next day tired but motivated to learn about architecture.

I felt that the UK educational system did not want me to succeed. I doubted my ability to perform and my suitability for the course. Still, I did not sacrifice my passions and I engaged with the student society, politics and extra-curricular activities the best I could. Needless to say, my grades suffered.

Practice was where my mental health started to suffer. Architectural practice is a “sausage machine” and sitting at a desk I could plot 40 years in the future just by looking at the hierarchical progression of staff sitting on my left. I couldn’t save much as a lot of my salary was spent covering my debts from my undergrad, helping my sister and satisfying my current living arrangements.

There is little you can do in Britain if your family is not in a position to fund you and you are ineligible for the support that UK students receive. I was working for two years full time, paying taxes and offered masters positions in several universities, yet I had no idea how I would fund further study.

Ultimately, a combination of a student job as a residence mentor (20 hours a week for free accommodation), a part II bursary from the RIBA (£6,000 over two years) and a career and development loan (£3,000 for two years) to buy a laptop which I did not have, were my solutions and I was optimistic that this time around I would not worry as much about my finances.

Masters was tougher. I studied a dual degree with architecture and town planning. In theory I was supposed to put in the same number of hours as a single honours student but of course the reality was very different. The staff and university were incredibly supportive, but there was a rift between my experience and theirs. I felt they did not get it; they didn’t understand the reality of starting so far behind the rest that you have to constantly catch up, constantly reassure yourself that you are worth it and you can do it.

I had to work as a student ambassador at every possibility as the money was never enough. I received an award from the University of Sheffield hardship fund in my second year of masters, which genuinely allowed me to eat properly. I constantly cried on the phone to my mother and I often had a sob in front of my tutor. Not because I was academically incapable, but because I was fully aware that I was on the back foot when it came to the time I could devote to my course; that I would never be able to perform to the same level as my peers. Self-doubt pushed me towards mental health issues that I did not know I had and panic attacks were a regular occurrence.

I remember my first full-blown panic attack, which for those who are not familiar has the same symptoms as a heart attack. I was lying in Sheffield’s Northern General Hospital, sticky pads all over me and the ECG machine ticking in the background. My family was 3,000 miles away and I was numb with fear. I wondered why I didn’t stay at home, where university fees are around 400 euros a year, where accommodation is 30 euros per month for students and where education was arguably more technical and thus harder to be subjective about. I had called the ambulance at 3am after having a lot of coffee and trying to finish a drawing, the regular late night after my mentoring shift which finished at midnight. I still do not have the answers to those questions. The gloss of Britain had washed away.

In my professional experience post-part II, and with some stability for a few months now, I have started to remember why I enjoy architecture. Why I love design and why I was attracted to the course in the first place. I value my education and I value architecture immensely, and this is why I am politically engaged and trying to make the experience better for the students coming after me.

But am I convinced that what I went through was worth it? No, and I will never be.

Architectural education is quickly being eroded by technological and external factors. There is no need to internally undermine and hinder students ourselves. It is only the stubborn ones that stay, and I do not think stubbornness makes for a good designer.

Simeon Shtebunaev is an architectural assistant at BDP. He is student representative on the RIBA Council and joint vice president for students and associates