Living cheek by jowl can be good for you 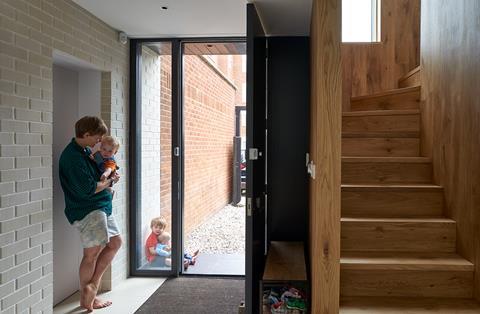 As populations grow, we’ll be increasingly challenged to live more communally, and in denser settings. But could this be a good thing?

As well as helping the housing crisis, could living closer together help with our overall well-being, combat concerns about loneliness in all age-ranges, and spread the care and support for those who need it?

Co-housing and co-living are current hot topics which our studio has explored in the design for a project called Family Commune.

After completion, there were articles in both the architectural and mainstream press, and we had an interesting set of responses. Most comments suggested that, though they liked the spaces, people felt they would not be able to live so closely with neighbours, and that this project could only work because the families were related.

These concerns contrast so much with the positive experiences described by our clients after a year of living there that we wanted to investigate further.

Despite the provocative title, the project is not really a commune. It creates two houses for two families through the reuse of an unpromising brownfield site within a 1970s estate in east London. The homes are separate – physically and in ownership – with their own entrance, circulation, kitchen and bathrooms. But the pair have been designed for closer interaction between them, and to pool resources. An external deck links houses through combined back gardens, where tools, buggy and bike storage are all shared.

With the fence between the plots removed, kids and adults can move fluidly between the houses, sharing meals and childcare. The clients describe it best: “The homes have blurred boundaries. On special occasions, both kitchens are in action and the two tables combine. For our first Christmas, we sat 30. Always, there’s a flow between our homes and families – of people, toys and ingredients. Our children test its resilience as they explore and play, adding – despite our best efforts – squiggles and dirt.” 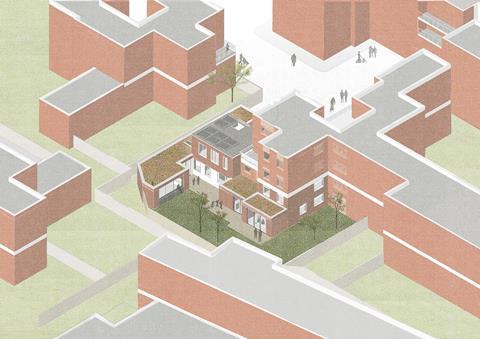 Embracing this attitude and lifestyle has brought great benefits – group school runs, diverse social evenings and extensive external space for central London – but, importantly, it has not meant having to live in each other’s pockets. The families have also reported enjoying spending time apart, often entertaining visitors separately, and giving the kids a rule to get ready in their own houses in the morning to avoid confusion!

Personal and familial space is important to everyone and designing for a balance of privacy and communal interaction seems to us the key to long-term liveability.

Family Commune (see gallery below) is really a micro co-housing scheme: independent households living in close proximity, sharing amenities and managing them communally. This scheme is a one-off – bespoke to our clients and designed with spirit and care for its setting – but it was built to an economic budget using standard materials and construction techniques drawn from speculative housing. This approach, together with the repeatable spatial layout, means the houses could be scaled up into a row, or other configuration, to create a larger community. 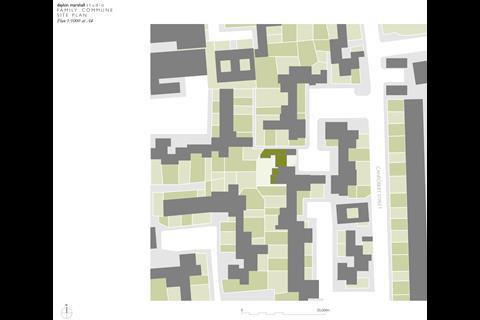 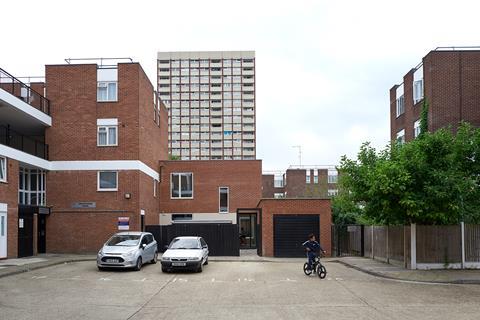 Family Commune on a 1970s estate in Bethnal Green 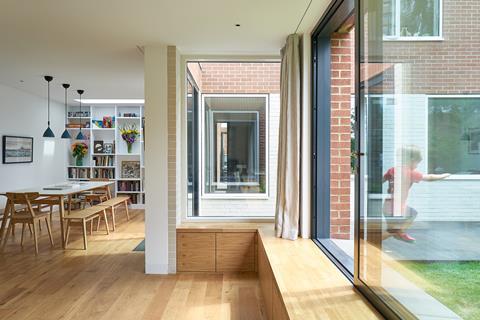 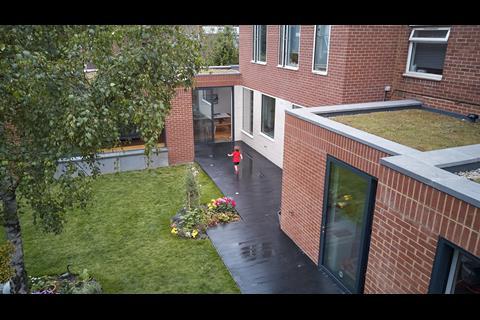 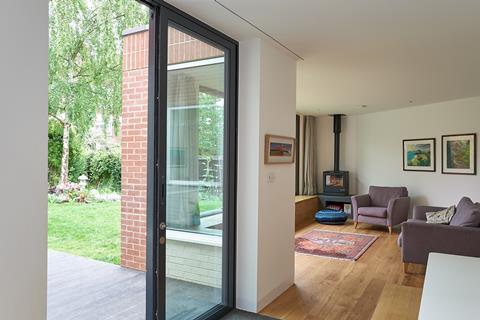 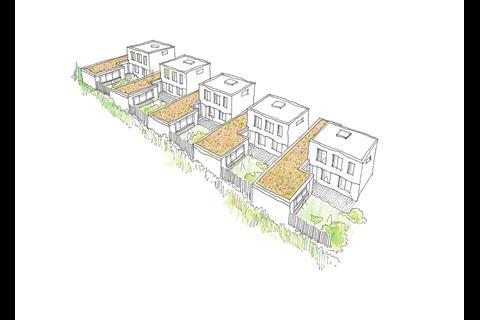 Increasing the number of households would naturally bring greater diversity to the mix and should offer a more nuanced balance for personal and communal space, with gatherings taking place at a range of scales.

An effective example is Marmalade Lane – a 42-home co-housing scheme designed by Mole Architects and developed by Town arranged around a communal village green – where residents can come together in a large shared common room building and make use of a group workshop. Jonny Anstead, founding director at Town, believes co-housing is more than a product you can simply buy into, and that the model is most successful when residents are part of the process of bringing the scheme to fruition, and are then active in the self-management of the group. “It’s a messy process sometimes, and people don’t always see eye-to-eye, but coming together to shape the community over a long period forms lasting bonds,” he says. 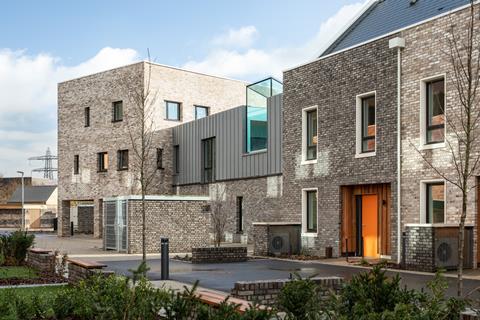 By contrast, co-living – independent people sharing a building with limited private space and communal cooking and social spaces – has been criticised for removing the individual’s agency and control through the provision of all-inclusive package deals bound by a strict set of rules.

But, like an Isokon for the 21st century, there is the potential to bring together like-minded people for vibrant social interaction and super-charge opportunities for networking.

Co-living does seem to suit the denser urban environment, and responds closely to flexible modern working patterns to offer something more transient that appeals to similar groups of people at certain stages of life.

The reality is that a number of models are needed to offer better housing for differing people as both urban and rural populations grow. Whatever the format, it seems to us that shedding some of our aspirational independence and embracing our neighbourhoods and local community can open up possibilities for better housing.

Taking down physical barriers increases our awareness of others; helping us to keep an eye out for one another. It seems to be catching – last time we visited Family Commune the neighbours had also removed their fence, so the garden oasis had grown even further.

Mark Marshall is a director of Daykin Marshall Studio