Crème is created from a combination of different clay forms 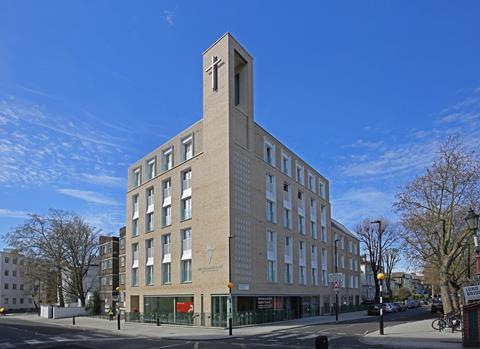 A Baptist church was first established on this site, close to the Royal Oak Underground station, back in 1875. This original church was damaged beyond repair during the Second World War but its replacement, erected in the 1960’s, had become outdated, was poorly configured and expensive to maintain. A community-led project and partnership between social housing provider, Dolphin Living, and Westbourne Park Baptist Church, appointed Allies and Morrison to design a scheme that would include new accommodation for the church, a family centre, and the Paddington Children’s Library alongside a community hall and 33 intermediate affordable homes. 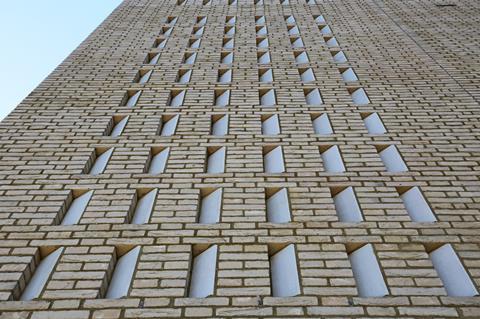 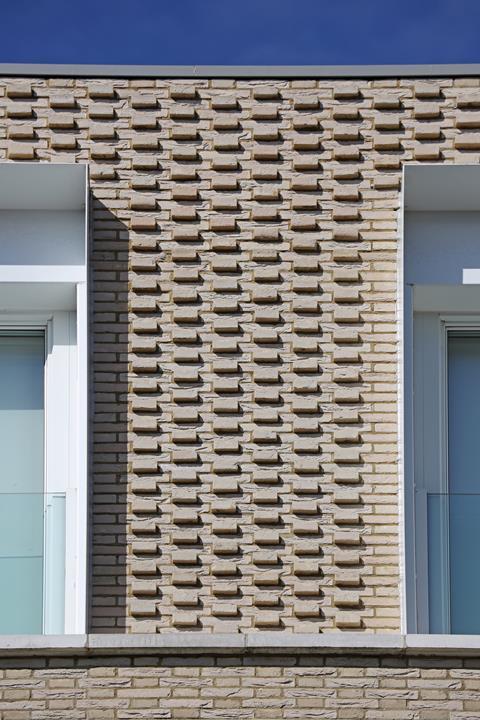 Winner of a highly commended accolade in the Civic Trust Awards 2021, the Allies and Morrison design creates an exemplar in the integration of religious, community and residential uses through a compact mixed-use development. A ‘campanile’ provides a focal point that announces the presence of the church at the heart of the scheme. The main building itself features large windows which signal the location and provide generous direct daylight into the five upper floors of apartments. As well as reflecting its multi-use character, this scheme also addresses the sensitive heritage of the site and its residential context. Here, the choice of brick as a material was significant. Allies and Morrison selected Vandersanden’s Crème facing brick in a 50mm size for the project. 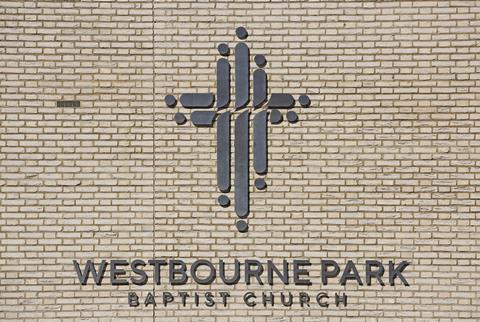 “We went through an extensive design review process in brick selection before settling on Crème from Vandersanden,” says Richard White, associate at Allies and Morrison. “This hand-formed cream-coloured brick helps elevate the status of the design, forming a consistent and restrained material and colour palette of brick, steel, aluminium and glass that sits harmoniously with the stucco of the adjacent villas. The geometry of the brick modules is important both in expressing the building’s aesthetic and helping to harmonise its scale with its architectural context.” 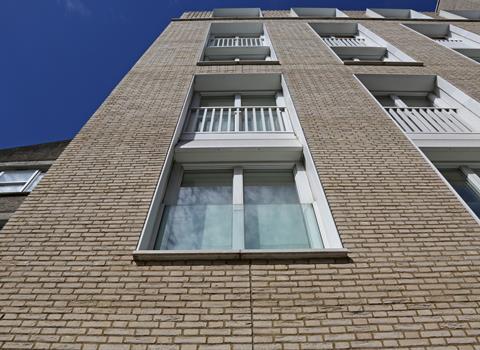 Crème is created from a combination of different clay forms which yield a white base colour, then coated with specific sand types to bring a grained, creased texture and shades of yellow to the overall final appearance. At Westbourne Park Baptist Church brick headers and stretchers are layered alternately in each course with headers centred on the stretchers of the course below in an attractive Flemish bond. At the same time, the 50mm format of the Crème brick, in combination with splayed reveals on the campanile, pulled headers on the building’s uppermost recessed storey and evenly placed vertical break lines help order the building’s massing as it steps down to mediate between the taller mixed-use buildings of Porchester Road and the smaller-scale residential character of the historic Westbourne Park Villas. Approximately, 150,000 bricks were sourced for the project.

Further details on Allies and Morrison are available at http://www.alliesandmorrison.com