Years of uncertainty over as £22m Aberdeen project set for OK 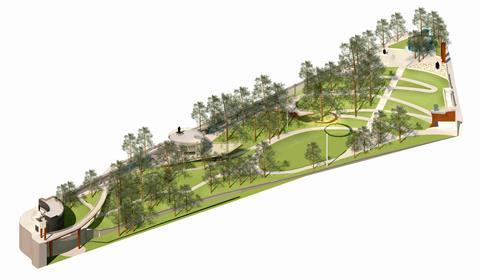 If councillors give the go-ahead to LDA’s project it would bring to an end years of controversy that have dogged the future of the Victorian sunken gardens. 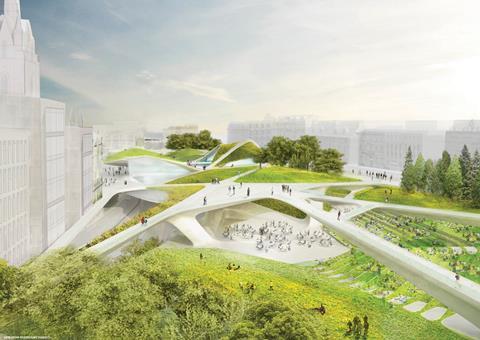 After an international design contest featuring Fosters, Gareth Hoskins, Niall McLaughlin and Mecanoo, Diller Scofidio & Renfro was appointed to create a £140m “granite web” that would have raised the gardens to street level.

The proposal sparked a huge storm among residents of the granite city, with Aberdeen-born singer Annie Lennox dubbing it “another dog’s dinner of crap concrete development, ravaging the only authentic, historical green space in the city centre”. 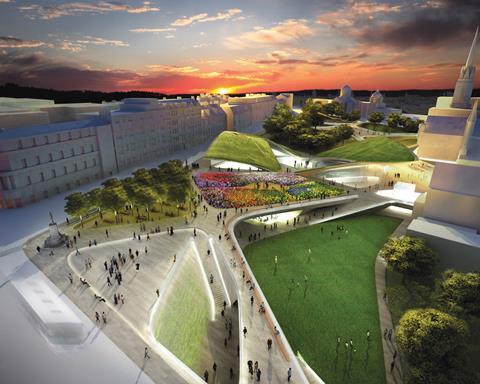 It was narrowly backed by the public in a referendum but eventually dropped after a knife-edge vote by the planning committee in 2012.

Planning officers have recommended councillors to approve the detailed plans when they meet on Thursday. Outline approval was granted a year ago. 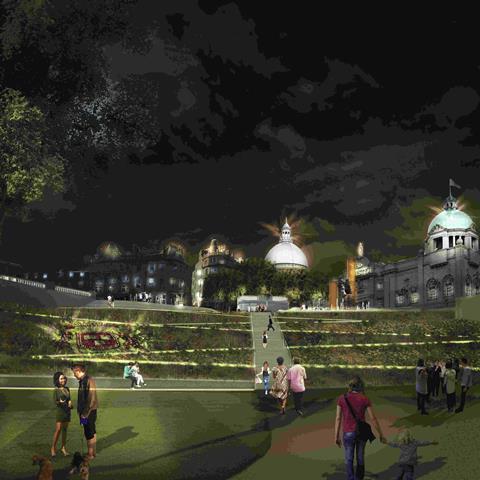 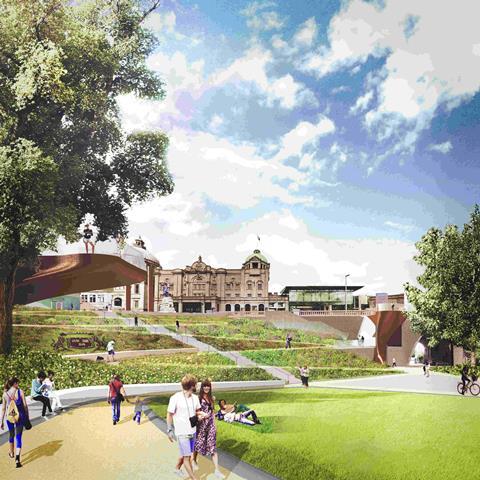 LDA Design: Union Terrace Gardens, with His Majesty’s Theater in the background 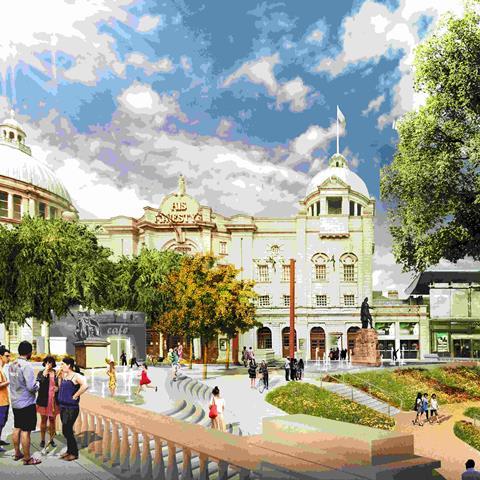