Architects and artists reimagine the future of commemoration

The winning designs in a Historic England competition for modern memorials have gone on display.

Several architects were among the 10 teams selected to have their proposals built – in temporary form – for an exhibition called Immortalised.

The competition is part of Historic England’s Immortalised season which is intended to provoke a national debate about who and what should be commemorated and how.

Duncan Wilson, chief executive of Historic England, said: “We challenged architectural and design talents to think about how they would create memorials that reflect society today. The results are truly innovative and thought-provoking.”

There are no plans for permanent memorials. The winners received a small grant to develop their proposals for display in the exhibition at The Workshop in Lambeth. 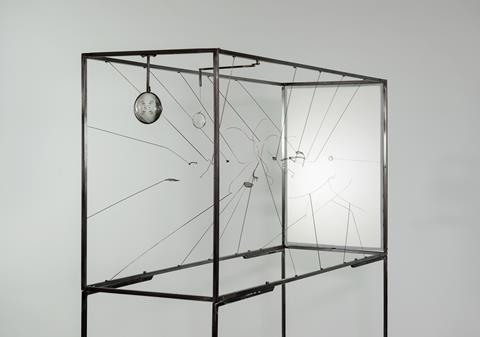 Rosalind Franklin helped unravel the mystery of the double helix, yet remains in the shadow of Nobel Prize winners Watson and Crick. Her portrait will be created as a three dimensional illuminated projection, which will only be visible from one position. Just as Franklin made a simple image of a complex structure, this memorial will emerge from a complex structure of steel wires suspended within a steel frame, making her image appear suspended in space. 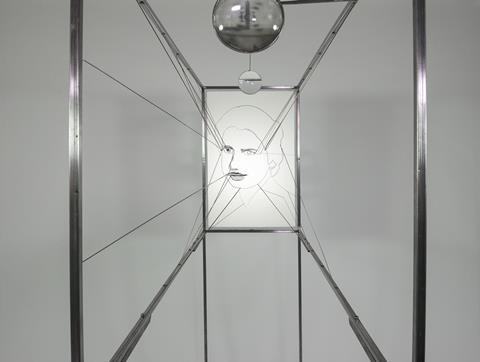 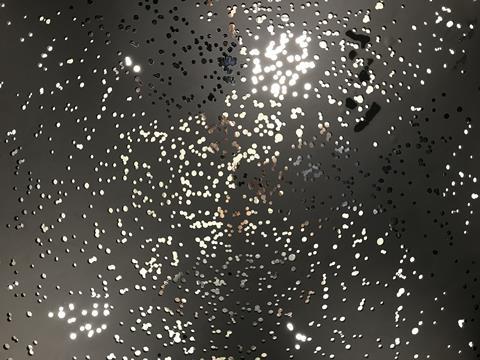 Helen Sharman responded to a radio advertisement to be the first British astronaut. She was selected to undertake astronaut training and her launch was on 18 May, 1991. However her story remains relatively unknown. She is reported to have asked the UK Space Agency why she was apparently written out of history when they referred to Major Tim Peake as the first official UK astronaut. This new plaque is designed for her home town of Sheffield and uses ‘super-black’ paint to create a void within which you can see an accurate map of the stars in Sheffield aligned exactly as they were on the day of her launch.

Kyle Ian Dawney is a creative, consultant and designer 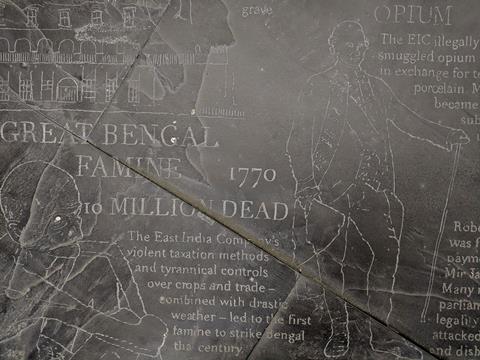 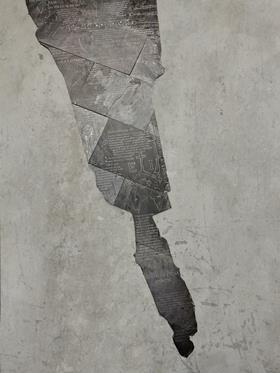 Standing tall over the steps to King Charles Street, at the heart of London’s Whitehall, is the figure of General Robert Clive. The statue and the scenes in the bronze relief on the plinth present Clive as a hero of the British Empire in India. In the exhibition this memorial will be paired with a permanent ‘shadow’ etched into paving material that extends from the plinth base and contains a detailed story of the contested history of Clive’s India, representing the suffering of Bengali people during his leadership of the East India Company. The expression to ‘cast a long shadow’ commonly refers to the long lasting influence (often negative) of a historical figure or event. 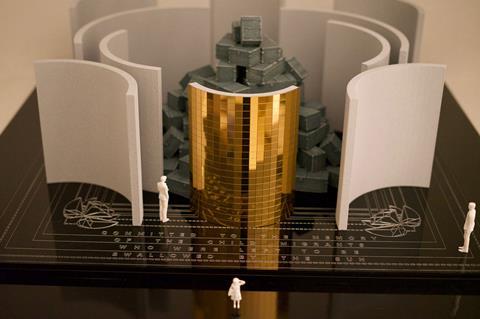 From the age of empire, it has been estimated that more than 100,000 British children were shipped off to the various colonies. The practice of ‘Home Children’ began in the mid-1800s and ran up until the 1970s when children were allegedly deported because it was cheaper to care for them overseas. They were often told their parents had died. This memorial remembers the unwanted children, who were given a wooden trunk and a copy of the Pilgrims Progress when sent away. The memorial is designed to reflect a journey that one can never return from. The viewer is first confronted by a small bronze statue of a small girl holding a big trunk. Behind her is a mirror with names of children who were sent away. Following a series of curved concrete walls, there is a pile of trunks representing the only piece of tangible identity the children took with them.

Kunyalala Ndlovu is a Zimbabwean-born, London-based artist, creative producer and film maker with an interest in colonial history

We Will Be Dead Tings - Abondance Matanda 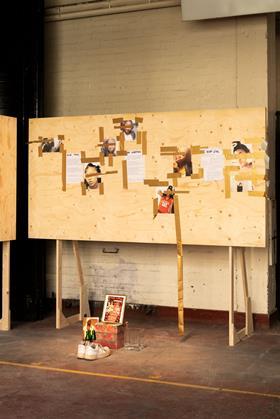 We Will Be Dead Tings - Abondance Matanda

A new statue is imagined for Black Prince Road in Kennington, South London, celebrating Black girls within London’s deprived estates. “The memorial will be of two girls chilling on a brick wall, one just sitting like you might see on a normal day in the hood, the other bending down and scribbling ‘Gyaldem Woz Ere’ on it in a permanent marker pen.” Dead Ting is urban slang for ugly girl and the name of an essay that Abondance has written celebrating three women who have turned their lives around and recognised their own beauty.

Abondance Matanda is an arts and culture writer and poet 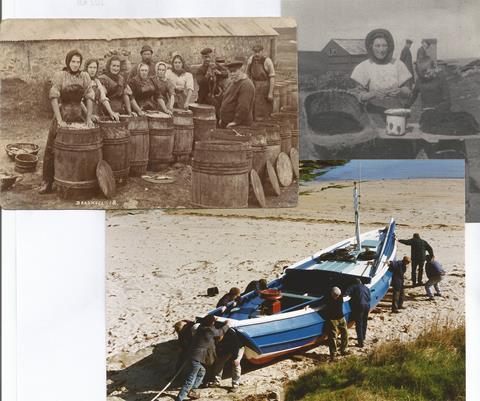 The Long Line is a commemoration of the overlooked men, women and children of the north Northumberland fishing community from Holy Island to Craster. For centuries, women and children gathered mussels and baited the hooks of long lines, a grinding, unpaid form of fishing which changed in 1918 with the introduction of the engine. This sound installation is designed to give voice to the community of men, women and children, who for centuries lived and worked beside and on the North Sea, yet whose intimate relation to the place left little physical impact upon it. It will include new poetry by Katrina Porteous, archive of dialect voices and specially composed music by Peter Zinovieff.

Katrina Porteous is an artist, poet, historian and broadcaster who lives on the Northumberland coast. Dr Peter Zinovieff is a pioneer of electronic music and founder of London’s Electronic Music Studio 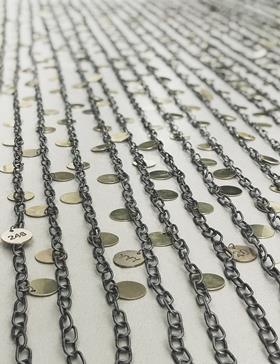 The Kent Coalfields were among the first pioneering centres of coal mining in the UK, following the discovery of coal seams in 1886. This memorial commemorates the people of the Kent Coalfields. It will be formed of an installation of individual miners’ ‘checks’, a form of identity tag carried for identification in the case of an accident. Each check carries a unique number representing every miner at each of the Kent coalmines. Their story will be told via an audio recording of the miners’ voices with pictures and video footage. 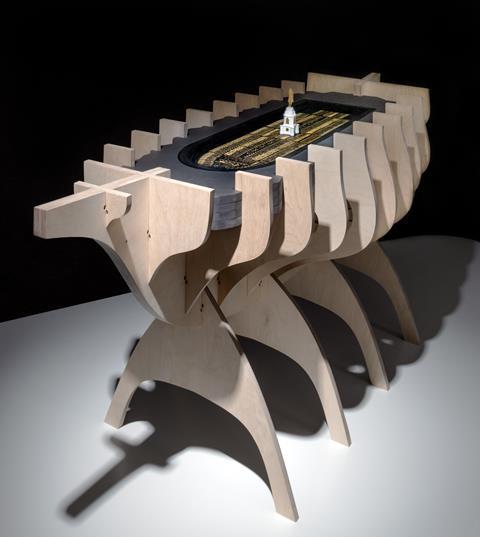 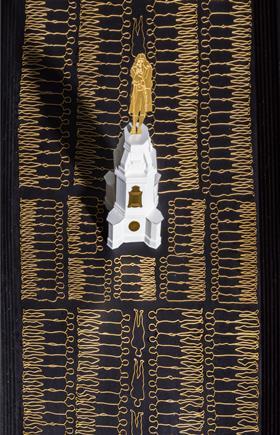 For 120 years a bronze statue of Edward Colston has stood at Bristol’s city centre with the inscription “Erected by citizens of Bristol as a memorial of one of the most virtuous and wise sons of their city”. Colston’s links to the slave trade have led to the statue being vandalised. It is listed at Grade II. Contextualising Colston commemorates Colston’s history in a new way, by acknowledging his philanthropy at home whilst surrounding him, inescapably, with the source of his wealth – slaves. In the design for this piece, Colston’s statue remains in situ while in effect placed on board a ship – the hull is represented by an imagined scoop taken out of the landscape to create an open, contemplative space. This way he is surrounded by his mortal cargo. The slaves are commemorated on a par with Colston, each outline filled with different materials, expressing individuality. 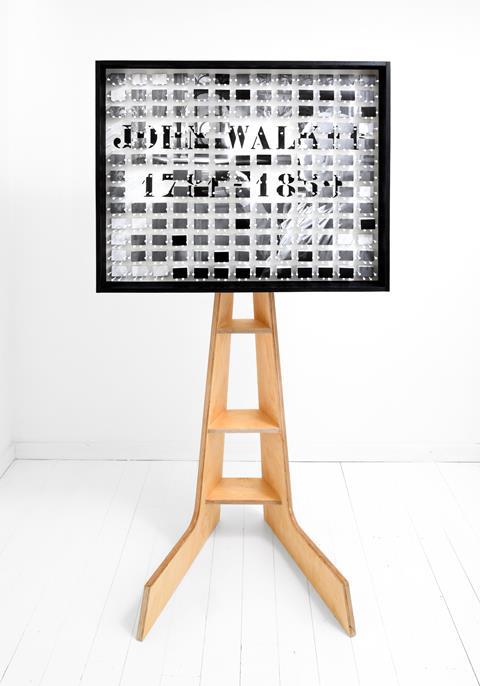 In 1826 in Stockton-on-Tees John Walter accidentally discovered the friction match, which made fire easily and rapidly available to everyone. A first attempt to commemorate Walker was made in 1893 when a brass plaque was installed in the city centre. It carried the wrong inscription and was removed. In 1977 a statue was erected, but unfortunately it was modelled on the wrong John Walker. In 2001 a large plastic match sculpture was put up and swiftly taken down due to popular dislike. This new memorial is designed to be ephemeral and participatory. In theory, multiple matchbox installations that carry the correct image of John Walker would be installed around the city. His complete image is formed when matchboxes are placed next to each other. Visitors could take away a match box until the image disappears.

Stamatis Zografos is an architect and academic and a teaching fellow at the Bartlett School of Architecture. Eva Bachmann is a visual artist and educator. Uli Gamper is a recent graduate in museum studies and also in design 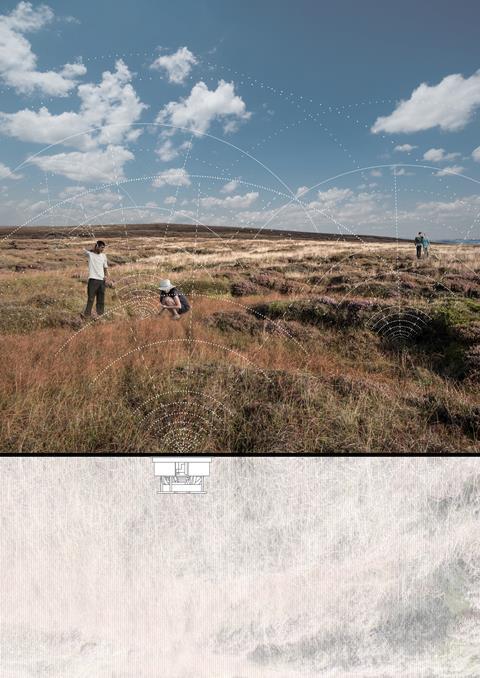 The Common Chorus is an endlessly evolving musical piece, made up of memorial tones for the recently deceased, played out across the landscape. It is a response to the shortage of burial space and adapting funerary and mourning processes, without losing the consoling permanence of a gravestone for grieving loved ones. In the exhibition a patch of grass conceals speakers which play the evolving memorial composition.

Studio Mash was established in 2017 by architecture graduates Max Martin and Conor Sheehan. Sam Morley is a multimedia designer who works at the intersection of digital and analogue experience

Immortalised runs from August 31 until September 16. It is open Wednesday to Sunday, 10am to 5pm, at The Workshop, 26 Lambeth High Street, London SE1 7AG.

Read Duncan Wilson’s comment piece on the need to rethink the way we memorialise the past here.