What's it all about, IFC?

History teaches us that open file formats need to be handled with care, says David Shepherd 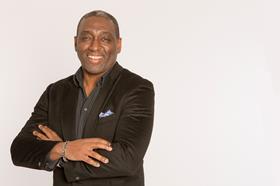 For me, mixing one adage that “history repeats itself’” with another that “those who cannot remember the past are condemned to repeat it’” has proven to be a dangerous mental concoction. It’s prompted me to re-think how the IFC (Industry Foundation Classes) file format should be adopted for BIM within the building industry.

Yet, given that BIM is of such recent technological vintage, you might well ask, “What history?” Well, there is a clear parallel between an earlier alliance in favour of open standards and today’s open BIM convergence.

The current consensus is that an open BIM file format, such as IFC, is the only way to guarantee the interoperability and long-term viability of BIM data. IFC (Industry Foundation Classes) is a format defined by a consortium of industry leaders for exchanging BIM data in a manner that ensures elements can be recognised, displayed and edited by a variety of compliant BIM applications. Note that the intention was for it to be the de facto language of model exchange, rather than model creation.

Don’t get me wrong, I’m all for open standards and processes which have yielded significant collaborative advantages, but we would do well to tread carefully when it comes to open file formats. There is a danger of implementing them poorly and/or with the wrong motives.

As an example, consider the Open DWG alliance. I am particularly familiar with the tone of that campaign because from 1997 to 2004, I worked for Autodesk as their senior technical trainer for Europe, the Middle East and Africa. At that time, those who competed with the dominant proprietary format emphasised the exorbitant cost of end-user licensing and future threats of file format obsolescence. In some media circles, the introduction of proprietary object-based CAD (the pre-cursor to BIM) and, later on, file encryption were interpreted as strategic attempts to eliminate competitors.

They didn’t pull their punches. DWG (the leading CAD file format) itself was portrayed as a byword for monopoly. By contrast, they claimed that for Autodesk to relinquish its copyrighted DWG format to open source would usher in a new era of software democracy and fair play. And that meant CAD for all, including the little guys. You know, the good “Mom and Pop” practices who were only too happy to build orphanages for free at Christmas!

IntelliCAD 98 was lauded as the low-cost AutoCAD-killer. Cheaper than LT, it could run full LISP routines, yet priced at just $495 compared to around $3,500 for AutoCAD r14. It sold a small, but respectable 30,000 copies until users began to notice significant AutoCAD import incompatibilities. Some OpenDWG files wouldn’t open in AutoCAD at all. In response to this, Autodesk Marketing countered with the “Real DWG” campaign highlighting the reliability of staying with AutoCAD.

Ultimately, the Open DWG alliance campaign failed for many reasons. The key ones are instructive in shaping our thinking about IFC adoption. I see three main lessons to learn from the past.

Detractors of object-based CAD suggested that the technology was intentionally anti-competitive. Strange then that OpenDWG evolved into the Open Design Alliance that developed its own proprietary object-based CAD extension. You lose support and credibility when you appear to lack consistency.

Today’s BIM consumers are no less intelligent than CAD consumers were back then. Consumers will eventually see through the ulterior motives of alternative vendors who advocate Open BIM, if their licensing regimes remain no cheaper than the market leader. They will also reject a flawed implementation of Open BIM technology, if it lacks the sophistication of proprietary formats.

If the open BIM campaign is to have credibility, it can’t decry exorbitant proprietary software licensing, only to charge early adopters an arm and a leg for attending seminars to learn the benefits of the mandated open format.

The expense of training is a barrier to industry-wide BIM adoption. Even the BIM Strategy Working Group cited “up to 15% additional resource” would be required by architects to facilitate information sharing and reuse via BIM. Beyond this, I’ve seen no attempt to address this. “Show me the money” in terms of properly subsidised and structured end-user training.

IFC is a great idea, but if it’s to be embraced wholeheartedly, its UK implementation must be executed with a firm grasp of these three principles.

So, what’s the experience on the ground? Tell me what you think.

To find out more about the benefits and practical application of BIM visit the BIM Show Live, which is being held at Manchester Central 23 - 24 April. To find out more go to www.bimshowlive.co.uk

In that role, he recently successfully captained the multi-disciplinary model development processes for the schematic design of the 800,000sq m LG Science Park, an R&D facility for the South Korean technology conglomerate.

He has a 23-year track record as an international BIM/CAD specialist having worked for Autodesk for seven years and the UK’s largest BIM reseller for five years. As a public speaker and BIM expert, he has balanced his ability to deliver informative high-level presentations to audiences in the US, Europe, the Middle East and Africa with tier one BIM training, model development and support.