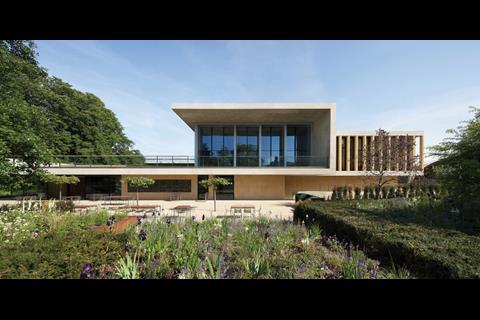 Sainsbury Laboratory at the University of Cambridge. 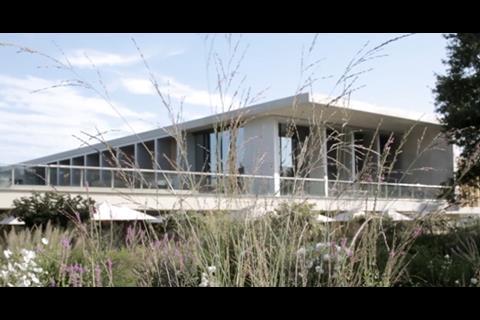 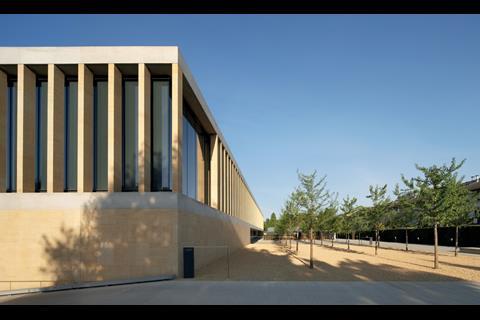 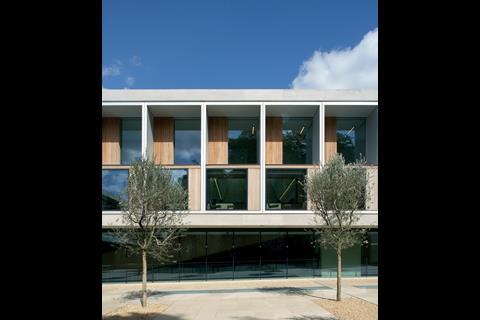 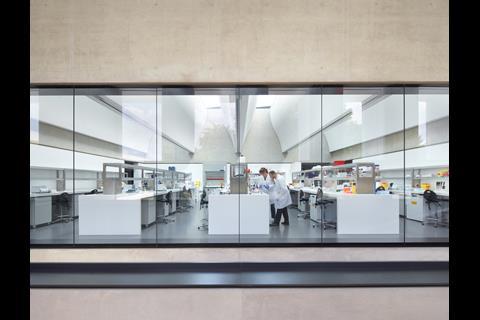 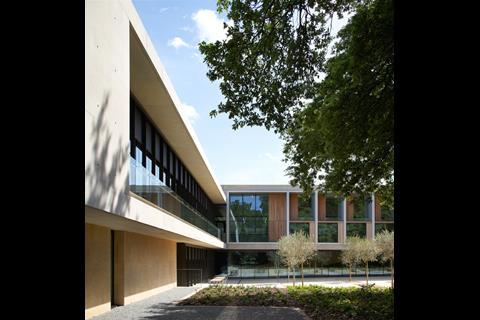 BD’s executive editor Ellis Woodman responded to the news by saying: “A surprising choice but a welcome one. They are of the same generation as Chipperfield and clearly share a set of concerns but they never seem to have been afforded quite the same level of respect.

“The Sainsbury Laboratory is clearly one of their very strongest projects – something we recognised last year when we awarded them the Schueco Gold Award at the Architect of the Year Awards. I hope this success means their very considerable talent is taken less for granted.”

Juror Joanna van Heyningen said it wasn’t an easy job to pick the winner, but the result was inevitable: “It’s a sublime piece of beautiful and calm architecture.

“The labs are meant to be very secure and it was brilliant that they put them on the top floor and the public can come in on the ground floor where there’s a cafe.”

The judges chose the Sainsbury Laboratory because they were impressed by the building’s calm beauty.  This is a timeless piece of architecture, sitting within a highly sensitive site, one overlooking the woods where Darwin walked with his tutor and mentor Henslow, discussing the origin of species. In this project Stanton Williams and their landscape architects have created a new landscape, a courtyard which flows out into the botanical gardens. The project is both highly particular and specialised, and at the same time a universal building type, taken to an extraordinary degree of sophistication and beauty.

According to client David Sainsbury “scientists have traditionally put up with the most appalling conditions providing they are left alone to get on with their work. People have taken advantage of this.” The judges loved the fact that the project  celebrates the laboratory, an unloved type where boffins are thought never to look up from their experiments or talk to one another. It has given these scientists beautiful labs with lovely views and gorgeous top light, which produces an extraordinary quality of shadowless light on the working surface. In summary, a utilitarian building type has been elevated into the highest quality architecture, which communicates science as something glamorous and important.

The project seems simple, and this hides the fact that it was a hugely difficult building to achieve. It needed to provide flexibility for future changes in scientific practice, and it has achieved this brilliantly. The building had to balance openness with stringent requirements for security, which was done by placing the laboratories on the first floor, together with their own meeting places. Public access is on the ground floor in the form of a lecture theatre and meeting rooms, and, importantly, there is a charming café open to the public, which sits between the gardens and the lab’s private courtyard, and from which one can watch the goings-on within. This forms the buffer between the private and public zones.

The building uses fine materials expertly detailed; the judges loved the beautifully integrated works of art commissioned from Susanna Herron, William Pye and Norman Ackroyd. They were also impressed by the project’s profound sustainability, not only in terms of its excellent energy performance (BREEAM Excellent) but also in terms of its long term flexibility and adaptability. And they truly appreciated its classic timelessness.