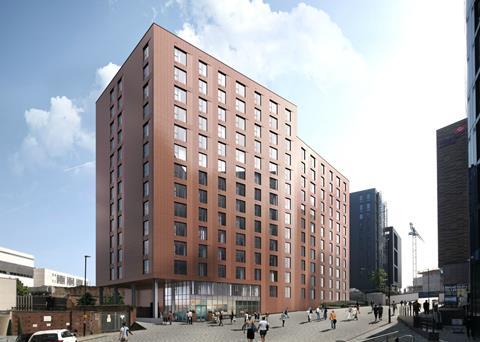 Ryder Architecture has submitted a planning application for a 179-flat private-rented-sector development at Newcastle’s Helix project which was formerly known as Science Central.

The 13-storey scheme, designed for St James Boulevard Developments, is the latest project the practice has created for the 9.7ha site near the city centre, which used to house the Newcastle Brown Ale brewery.

Ryder last year produced proposals for a 9,300sq m office building for the site, which is being developed by the council and Newcastle University in conjunction with investment partner Legal & General Capital.

The practice said its latest scheme already had outline planning permission which was granted as part of the masterplan – drawn up by Make Architects – in 2012. 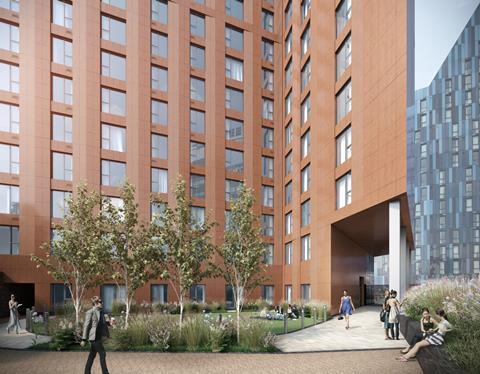 Science Central was originally named in recognition of its status as one of six “science cities” announced in 2005 by then-chancellor Gordon Brown.

Explaining the name change from Science Central to Newcastle Helix in March this year, the project development partners said the new moniker was aimed to coincide with a “reinvigorated marketing campaign to attract investment, collaborations and partnerships from all over the world” as the scheme moved to a new phase.