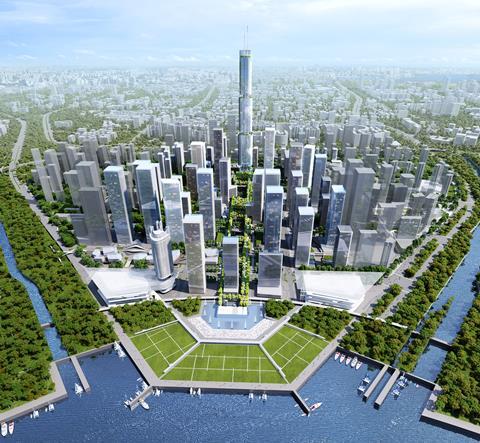 Rogers Stirk Harbour & Partners has been confirmed to masterplan the Qianhai area of Shenzhen, China.

The architect won the Urban Living Room competition to secure the job which will see an area of reclaimed land transformed.

The design proposes a new raised level for a 1.2km-long “sky garden” and is linked directly to a number of public transport hubs.

The plans also include a major public space at the water’s edge that will be known as “Performance Park”, which will contain an opera house and convention centre and will directly connect the city to Qianhai Bay. 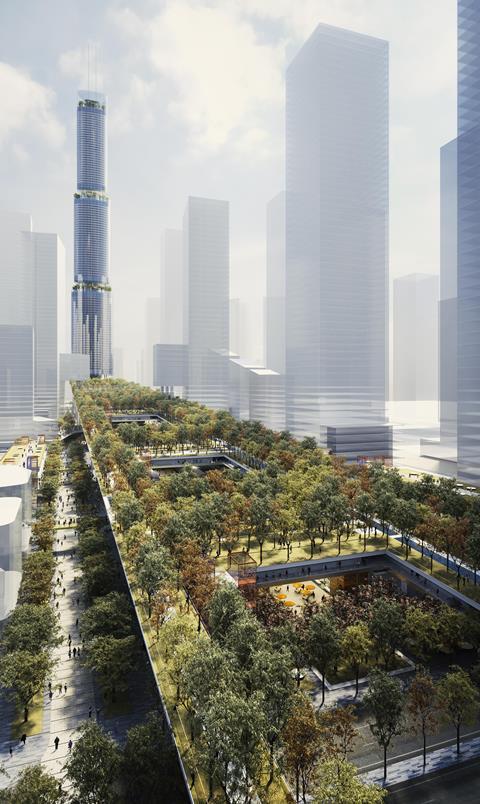