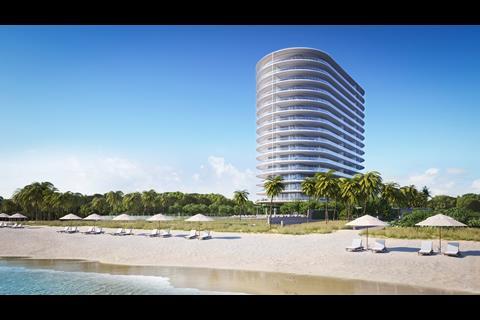 View from the beach of Eighty Seven Park, by Renzo Piano 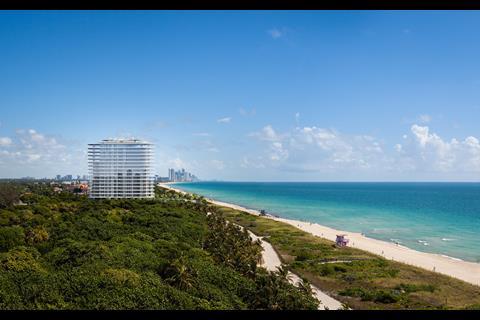 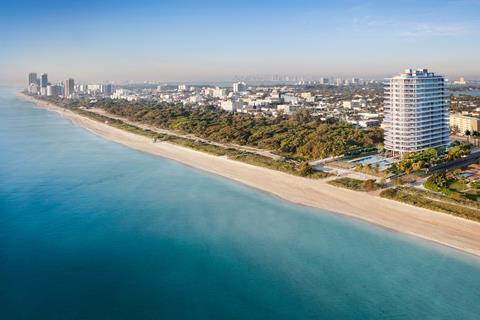 Renzo Piano's Eighty Seven Park development. Downtown Miami is in the distance on the horizon 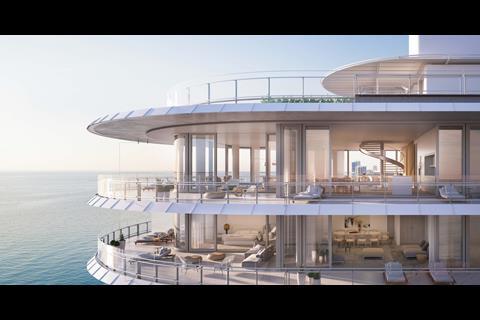 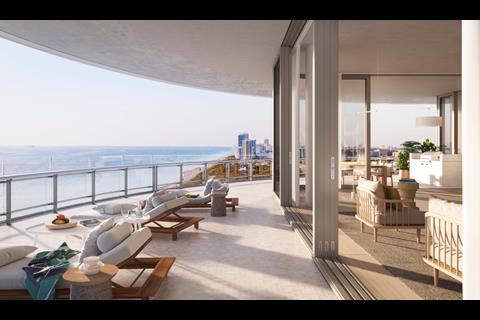 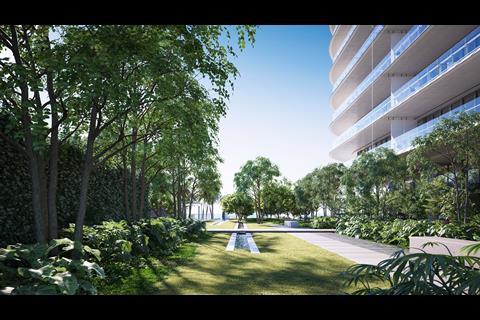 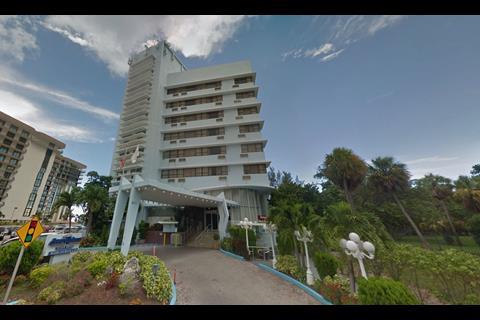 Renzo Piano’s first US residential scheme has passed the halfway mark, with construction of the 66-home beachfront development in Florida due to complete next year.

The 18-storey block, named Eighty Seven Park Residences, is located in the North Shore Park area of Miami Beach, around 12km from downtown Miami as the crow flies.

The Pritzker Prize-winning architect’s design sits between a 14ha park and the Atlantic Ocean and features interiors by Paris-based practice RDAI and landscaping by West 8.

Developers Terra, Bizzi & Partners and New Valley described the 18-storey building as “floating effortlessly above” the land and sea.

Valued at US$450m by Bizzi, the project occupies the site of a 1950s hotel which was latterly operated by the Howard Johnson chain.

Work commenced on site in March last year and recently passed the ninth floor. A project spokeswoman said the scheme was expected to complete in autumn 2019. 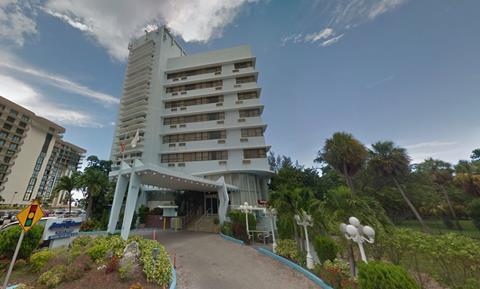