Practice gets planning for theatre at Hampshire prep school

Building to open next September

Jonathan Tuckey Design has been given planning to design a new theatre at the £26,000 a year former prep school home of singer Will Young.

The London-based firm is behind a timber-frame building that will seat 240 people at the Horris Hill Prep School in Hampshire.

The boys school was founded in 1888 and as well as Young, former pupils include Watership Down author Richard Adams and former England cricket captain Douglas Jardine, best known for his role in the Bodyline series Ashes tour of Australia in 1932/33.

Work on the 370sq m auditorium is expected to start this summer and be completed next September. 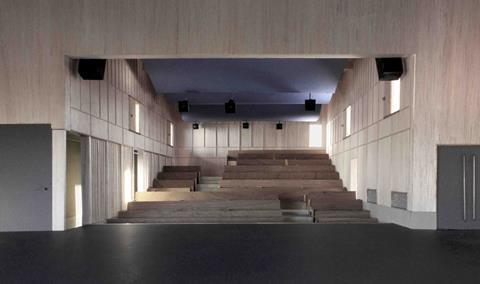