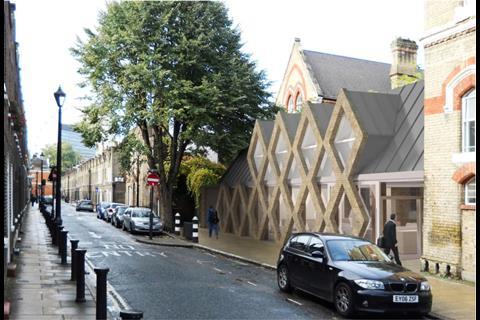 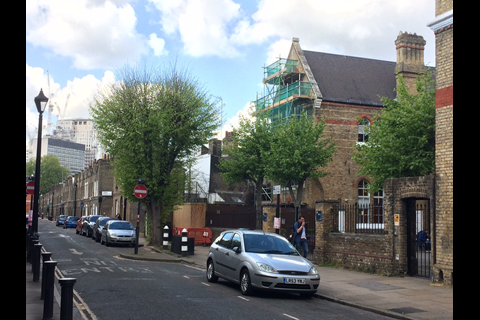 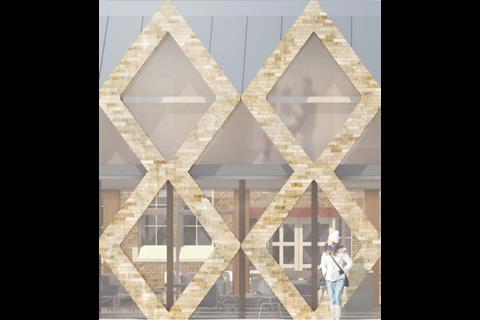 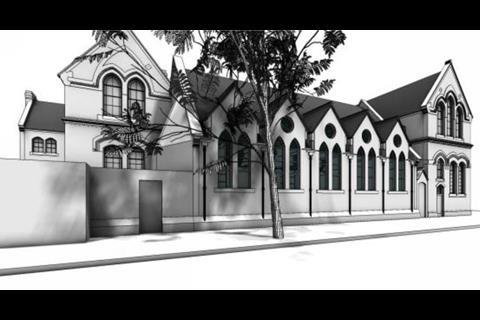 CGI of Roupell Street with the original infants hall, destroyed during the Second World War 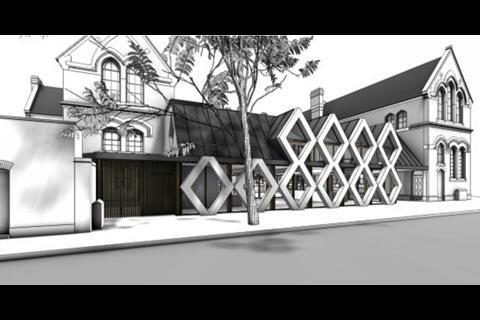 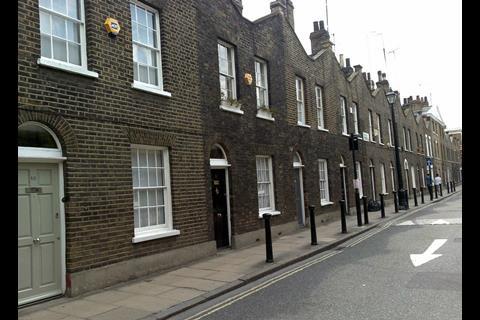 South London councillors have flown in the face of professional advice and refused planning permission for a controversial extension to a language school near Waterloo station.

Tony Fretton Architects’ proposals would have introduced a new building on to Roupell Street, where the Education First language school is based in a grade II-listed former primary school, providing a canteen on the site of an infants hall destroyed during World War II.

However Roupell Street is a conservation area famed for scores of “butterfly” roofed artisan houses that date back to the 1830s, and objectors said the Fretton scheme­ – inspired by the neo-gothic school buildings where EF is based – would have a detrimental impact.

Lambeth council planning officers said the proposals were “well considered” and recommended the scheme for approval, arguing that they would cause “less than substantial harm” to the school and its surroundings that would be outweighed by public benefits. 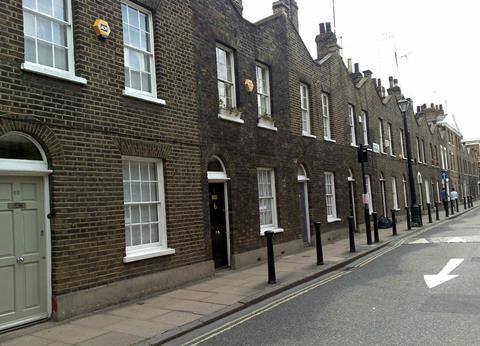 Butterfly-roofed houses in Roupell Street, once praised by architectural critic Ian Nairn as “a wavy parapet” that created one of the capital’s finest architectural effects

But after a two-hour discussion of the proposals’ merits this week, councillors on the authority’s planning applications committee disagreed and refused the scheme by three votes to two.

They had heard local residents and councillors dispute planning officers’ assessment of the harm-to-benefits ratio of the scheme, and argued that earlier advice to EF had indicated that plans for a new building on the infants hall site would be opposed in principle because of the loss of open space that the new building would entail.

Local councillor Kevin Craig said the proposals were “overly assertive” and “would harm the setting, character, appearance of a conservation area that we as a council have bust a gut over years to protect”.

Fretton told the session that his design had sought to reference the style of the existing school buildings and preserve visibility to the courtyard area that the new canteen would effectively re-enclose.

“I’m emphasising neo-gothic,” he said. “In Victorian times the reintroduction of the gothic style embraced new materials and it embraced other styles. In this building it tends to match the function with the style, which is evidently neo-gothic.” 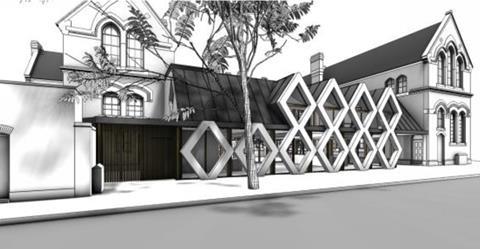 Among their reasons for refusing the proposals, planning committee members cited the loss of open space and trees, the impact on visual amenity, and their impact on the local conservation areas. The vote also effectively disagreed that the level of harm anticipated to be caused to the surrounding area by the proposals was outweighed by their public benefits.

Listed-building consent for the scheme, which would have required the demolition of a wall, a gateway and railings, was also refused.

The Victorian Society and the Georgian Group had opposed the scheme. Government heritage advisor Historic England stopped short of objecting to the plans, but voiced reservations that they may “dominate” the remaining listed school buildings and “command a potentially unwelcome degree of visual primacy” within the Roupell Street Conservation Area.

Lambeth said around 490 consultation responses had been received from residents opposing the scheme, with just a handful supporting it.

Building Design sought a response to the result from EF, but one had not arrived at the time of publication. 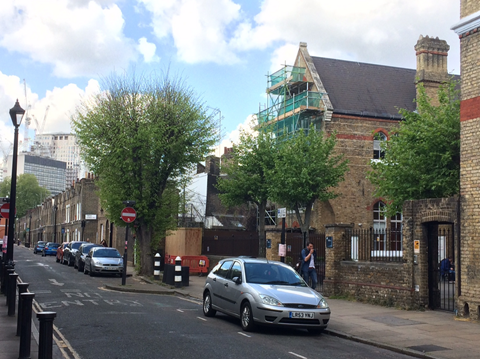