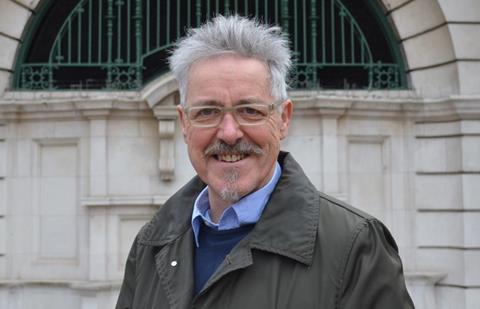 Rhys Jones, who rose to fame in the late 1970s on sketch show Not the Nine O’Clock News, has more recently turned his hand to architectural conservation issues – such as on the BBC’s Restoration programme.

He also spearheaded a successful campaign to save east London’s Hackney Empire from demolition in 2001, which ultimately resulted in the Victorian building’s extensive renovation. The building was the venue for a sold-out audience with Neave Brown in October, just after he won the RIBA Royal Gold Medal and a few weeks before his death.

Rhys Jones has been Victorian Society vice-president since 2009 and fronted numerous campaigns as well as producing a short video to support the society’s Top 10 Endangered Buildings Campaign in 2015.

Victorian Society director Christopher Costelloe said Rhys Jones’ work as an active conservationist made him “a huge asset” to the organisation.

Rhys Jones said he hoped his experience in conservation and activism would be continue to prove useful.

“I am eager to use that experience as well as my position in the public eye to bring their work to a wider audience and share the plights of these beautiful and precious historic buildings,” he said.

The entertainer becomes the society’s figurehead in the month that it celebrates its 60th birthday. It was founded at a February 1958 meeting attended by architectural scholar Nikolaus Pevsner and John Betjeman, who became the society’s first secretary.