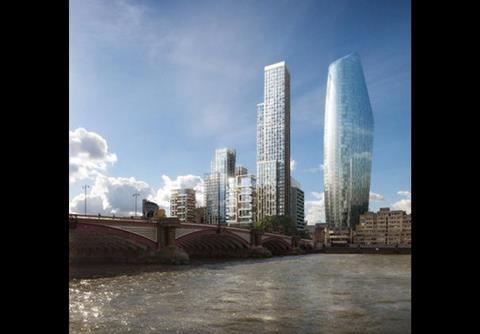 The PLP-designed Bankside cluster, with SimpsonHaugh’s One Blackfriars tower to the right

Southwark Council has given the go-ahead to revised plans for the office element of a PLP-designed mixed-use scheme in London’s Bankside area.

The scheme, which secured its original planning approval from the council in 2013, includes a 49-storey residential tower on the site of Ludgate House with a 13 storey residential building to its north and an office block to the south. The southern office block (pictured below) has had three extra storeys added to take it to 17 storeys in height.

On the site of Sampson House, the buildings to be constructed include a pair of 31 and 27-storey towers that will provide 218 residential units, as well as an office building which has been lowered by seven floors so that it now stands five storey’s tall. Combined, the two office buildings will provide 24,340 sq m of office space in the 130,000 sq m scheme. 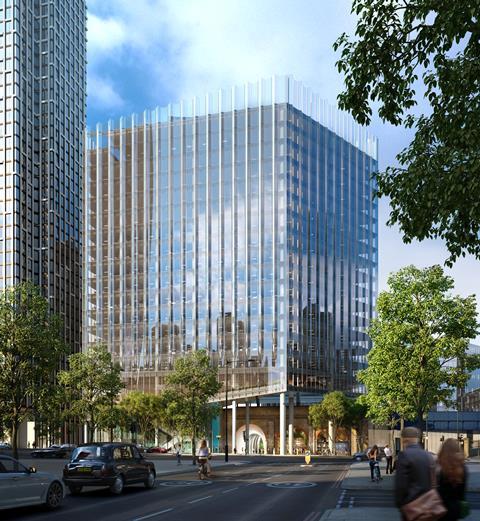 Native Land said the changes would enable the two buildings to respond to growing demand for future-proof office space and appeal to a diverse range of business, from start-ups to major corporates.

“We aim to bring our experience in creating residential lifestyles to office development, at a time when work and workplace are lifestyle choices,” said Alasdair Nicholls, chief executive of Native Land.

It is the developer’s second major Bankside scheme, having already delivered Richard Rogers’ designs for the Neo Bankside residential complex behind the Tate Modern in 2012.