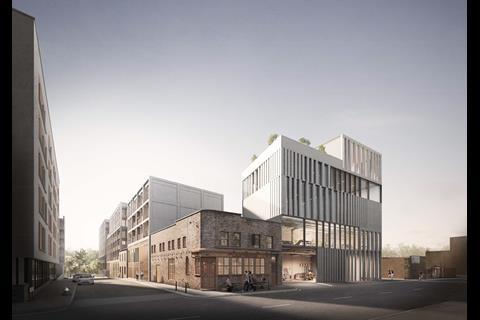 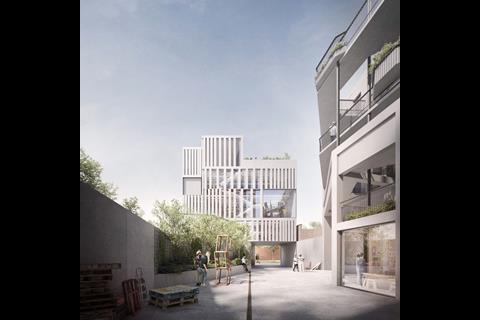 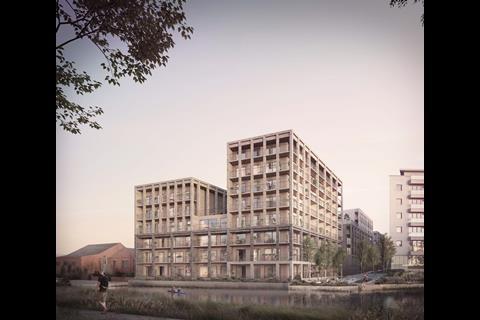 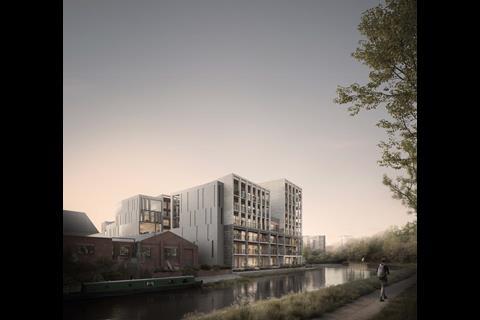 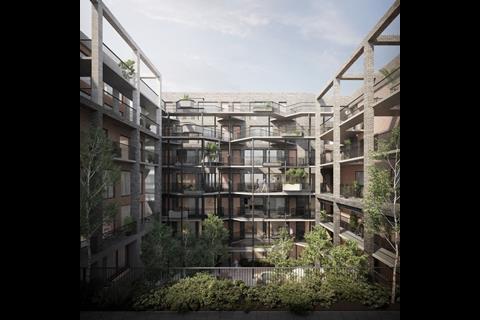 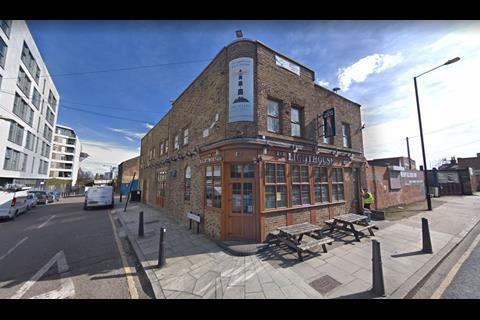 The Lighthouse in Wick Lane, Bow, which is set to be joined by the Iceland Wharf scheme, designed by pH+

The London Legacy Development Corporation has given its backing to a 120-home scheme designed by pH+ for a site on the banks of the River Lea Navigation.

Iceland Wharf is the east London-based practice’s biggest approval to date and will deliver the homes – along with 3,900sq m of work space – in seven blocks of up to eight storeys in height.

Drawn up for developer City & Suburban, the scheme centres on a 0.5ha former scrapyard site at Fish Island in Bow, a stone’s throw from Queen Elizabeth Olympic Park. pH+ values the project at £30m.

Although the site has largely been cleared, a two-storey brick building that is the remains of an old ammonia works is identified within the area’s local plan as a non-designated heritage asset and is set to be retained in the scheme. 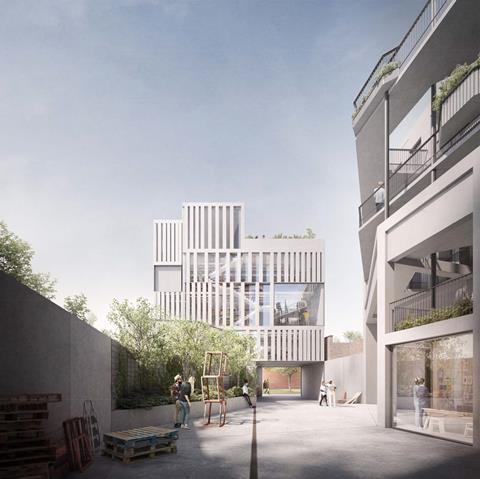 Recommending Iceland Wharf for approval, LLDC planning officers said pH+ had created a “robust and imaginative” proposal that had responded positively to input from the corporation and its quality review panel.

“The design of the proposed development respects the context within which it is located and would result in a development that makes a positive contribution to Fish Island,” it said.

The report said the scheme would deliver 35% affordable housing, when measured by habitable room. A proportion of the workspace provided is supposed to be designated for letting at low rents; the report said discussions were ongoing over the exact proportions.

Recent schemes gaining planning consent for the practice have included a 52-home mixed-use scheme at Hackney Wick and the 107-home redevelopment of a former electricity works in St Albans. 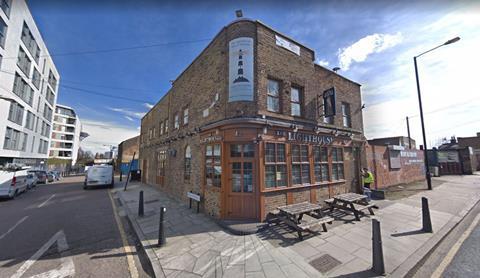 The Lighthouse in Wick Lane, Bow, which is set to be joined by the Iceland Wharf scheme, designed by pH+