Architects and engineers need to work together more closely to realise the opportunities for efficiency, and beauty, says Anna Beckett 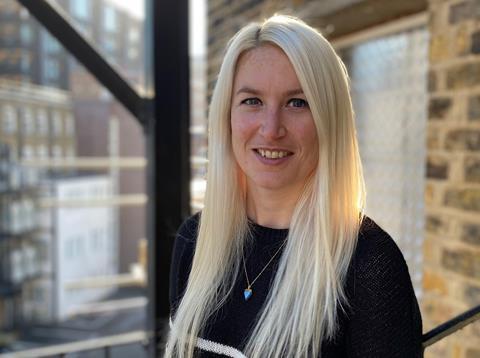 It is two hours into a stage four design team meeting and we have just realised that some of the ductwork has to pass below the existing structure and this will have a significant impact on the floor-to-ceiling height. We have all been there, it has just been missed but now it’s a nightmare to sort out…

And no one wants to compromise. Like a modern-day Western, we are all ready to fight back as soon as someone suggests our discipline should be the one to move.

The usual conclusion to this particular problem is to adjust the structure to make space for the duct, either by making the structure deeper so that a hole can be formed through it or by reframing the space. Both options are adding extra structure that could have been avoided if we had managed to coordinate a little sooner.

This can be the case even on relatively small projects such as house refurbishments. Changes to accommodate an additional skylight, a step in the masonry or even a pocket door can result in additional structure which could have been omitted had those elements been considered earlier in the design process.

If we are not part of the conversation, then the opportunity to shape the building in a way that makes sense for everyone is missed

And maybe that is part of the problem. While the architect is involved right at the start of the process, structures, building services and most other disciplines might not be. If we are not part of the conversation, then the opportunity to shape the building in a way that makes sense for everyone (and maximises its design, efficiency and sustainability) is missed.

This approach is also stopping us from making the best use of the tools available to us. 3D modelling software such as Revit means that we should all be able to add our design to a coordinated model, but often the model is not set up until later in the design process. Even when we do manage to use it effectively, we are still unwilling to compromise when things don’t fit. So, is there something else that is stopping us?

At least partly this could be because we all have design codes to meet that are relatively independent of each other. Yes, there is some crossover, but really that means we are all aiming for different targets on our journey towards a finished building.

And, while we might manage to coordinate some of the main elements, the technical detail is often not considered until much later. So a relatively minor architectural change ends up having a far more significant structural impact than was expected.

Over the years we have gradually separated the design of the building into clearly defined disciplines and we seem to have forgotten how to think about it as a whole. We review the designs produced by others, but not often enough, and usually without talking to each other to understand what is most important.

But, if we were building a truly holistic building, the lines between the disciplines would be a bit more blurred, and we would need a design team that understood and respected the importance of all the other elements.

In this building, the structure would be used both to make the building stand up and to contribute thermal mass. Internal finishes could be eliminated by ensuring that the structure itself had a suitable appearance. The architecture would, at least in part, be influenced by structural forms that would be the strongest – such as arches and vaults – as well as making use of the stack effect to drive natural ventilation.

Probably not the most practical for a modern building and the QS would be tearing their hair out, but it says a lot about what you can achieve when the disciplines are a little closer together. And I think it’s pretty beautiful, too. But, hey, I’m just an engineer…