Our public spaces are under siege from extremists. What can be done asks Hank Dittmar 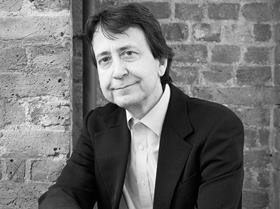 Four summers ago, my friend Roger and I took a road trip through the battlegrounds of the American civil war. For me it was a chance to visit old friends with whom I had fought and beat the Disney Corporation’s plans to put an American history theme park close to the Manassas battlefield. Roger loves battlefields, memorials and monuments, so we saw lots of those, along with eating great barbecue and experiencing wonderful hospitality.

Perhaps our favourite monument was a 1920s General Stonewall Jackson statue by Charles Keck in Jackson Park in Charlottesville. We remembered it last week when neo-Nazis and the Ku Klux Klan marched in Charlottesville, ostensibly to show their displeasure at the relocation of that statue and a monument to Confederate General Robert E Lee, but really as a coming out party for resurgent white supremacy.

The battle for Charlottesville showcases important issues about collective memory, about the place and appropriateness of monuments and perhaps most importantly, about the contest for the public realm, and its limits.

Sometimes it seems as if there is nothing to recommend the American South, yet the defence of Charlottesville by its residents reveals much healing since the days of segregation. The debate over relocation of monuments is a symbol of a profound shift in consciousness. The monuments are also, however, a rallying point for neo-Nazis, white supremacists and anti-semites. Extremists travelled to Charlottesville from all over the nation, armed to the teeth, to occupy the city as a show of strength.

Research shows that most of the statues were installed in an embrace of what is called ”lost cause” mythology during the rise of Ku Klux Klan, lynchings in the early twentieth century and also during the civil rights era, as a show of defiance. Opponents of relocation argue that it is a rewriting of history and a slippery slope, as both Thomas Jefferson and George Washington owned slaves. The counter-argument is that both Washington and Jefferson are celebrated for the founding of the country, a positive legacy complicated by their slave-owning heritage, while the Confederate leaders are celebrated for committing treason in order to defend a culture grounded in enslaving other people. 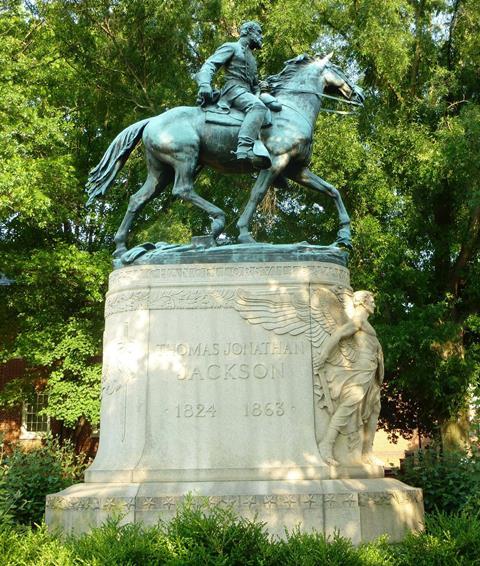 A similar debate was held over a Cecil Rhodes statue in Oxford, and the conclusion was to keep the statue and better interpret its historical context. I can see the logic for this, but Oxford is far from southern Africa where the impact of colonialism was most keenly felt. Charlottesville, on the other hand, is in the centre of the slave-holding South. The debate is good to have, and there can be a strong argument for retaining our monuments.

But the occupation of a city by armed racists is another thing all together. The sight of torch-bearing marchers backed by camouflaged automatic weapon-toting private militias shouting “blood and soil” and “Jews will not replace us” brought to mind not the peaceful Occupy protests of 2011, but the battle for Cable Street in 1936 when anti-fascist activists prevented Mosley’s fascists from marching through London’s East End, precipitating Mosley’s decline.

The events in Virginia remind us that not only are the streets and parks the place of peaceful assembly and interchange but they also are contested spaces. And the exercise of freedom of speech by platoons of armed men poses difficult questions about where speech and assembly ends and invasion, intimidation and harassment begins. The counter protestors are battling for their rights to the city in which they live.

The contest for the public realm can take many forms - from semi-public privatised spaces controlled by corporations which prevent people from taking photos to parks and squares filled with groups of young people with nowhere else to go. The old saying “city air is free air” is a powerful one, but when someone’s use of the city precludes my peaceful assembly or free passage should authorities intervene?

In Charlottesville, the police did not intervene to prevent battles between the white supremacists and the counter protestors, perhaps because the fascists were armed to the teeth. The forbearance of Virginia State Police in the face of white protestors contrasted sharply with the armoured vehicles and military formations that confronted Black Lives Matter protestors in Ferguson, Missouri.

Thankfully the situation differs in London, where gun control means that an armed takeover of the streets is unlikely, and where the mayor must reassure the citizens about the presence of armed police after a terrorist attack. The use of vehicles as an instrument of terror seems to be a nearly constant feature now, occurring in Charlottesville and tragically in Barcelona in the same week. One might well ask why the streets of Charlottesville were not closed to cars for the entire weekend of the occupation.

It is time to question the unimpeded access of cars into the pedestrian heart of cities. In addition to urban design measures that integrate security features more seamlessly into our urban centres, heavily used areas need to become car free. Las Ramblas is one such area, as is the tourist and ceremonial heart of London, from Big Ben to Buckingham Palace and Trafalgar Square. Perhaps the contest for public space in our cities can be resolved in favour of both the pedestrian and security, protecting the rights of assembly and free passage while restricting the weaponisation of the car.