The industry should not set one gender against the other, says Eleanor Jolliffe 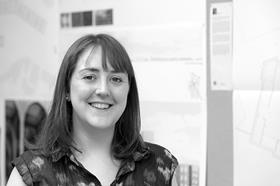 One of the requirements of the Part 3 course I am slowly working my way through at the moment is to write a Professional Development Plan to consider my career aspirations and future trajectory.

Discussed in our study group the usual aspirations cropped up – starting a practice, promotion within current practice, moving to a practice with a more specific specialisation; but it wasn’t until I got home and started to write that I realised that the one thing we none of us had mentioned as an obstacle or consideration was gender. However, it seems that I would be incredible naïve to believe that my gender would have no impact on my future career trajectory.

Finding an opinion on ‘women in architecture’ isn’t something that has come naturally to me because, to be honest, my gender has never affected my (admittedly fledgling) career.

Male friends from university have not had an accelerated or exalted financial or professional path; with the exception of one dinosaur of an insulation salesman, I have never been patronised or overlooked because of my gender; the practice I work for has women at all levels of management; and the only two RIBA presidents I have actively been aware of have been women. However, this does not mean that my experience is typical – much as I would like to believe it is – and crucially, I have not yet tried to start a family. Ask me again in five to 10 years and it may be that the logistical pressures of trying to ‘have it all’ have somewhat dented my rosy view of gender parity in the rising generation of architects.

I have been skimming through the essays in ‘A Gendered Profession’ in my search for a bit more understanding and have been struck by the repeated problems – difficulties faced in flexible working, a long hours culture and the culture that judges a man as ambitious or driven but a woman bossy or shrill.

A recent survey by Frame recruitment found that 54% of junior staff were considering changing firms within 12 months with many staff being increasingly unwilling to work unpaid overtime.

To me, this speaks of the larger pattern – of two income families sharing the responsibilities of home and family and of increasing gender parity across society. In the past I might have been expected as a matter of course to stay at home as a full time wife and mother. That idea now would be laughable. In the same way a young man now cannot work sacrificially long hours as he is highly unlikely to have a wife at home to cover all his family responsibilities.

It seems to me that one of the main fights to be had around practice culture, maternity/paternity leave and flexible hours is as much a people problem as a woman problem. The need for flexible working is an issue that has always disproportionally affected women as they tend to take on the majority of caring roles, either for children or elderly or disabled relatives.

However, I believe it is unfair on both women and men to label this a woman’s issue as it not only penalises women for being human but subconsciously denies men the permission to enjoy taking an active role in all aspects of family life. It may be my youth speaking but surely a business run in a way that encourages full participation in society will prosper creatively and financially over one with a culture that encourages the sort of sociopaths who spurn emotional engagement?

Furthermore, to characterise a culture of sacrificially long hours and little flexi-time as a problem for women will only deepen the gender divide by marking female architects out as fundamentally different to male architects, which they are not.

Cynically, I must also admit that a problem that faces around 50 percent of the profession has a chance of being ignored as a fringe issue; if it is recognised as a problem for the whole profession, it is more likely to be tackled.

This is not to say that I believe that the problems women face in architecture do not exist, or can all be characterised as a problem for all. I am just not sure that an approach of identity politics may not deepen the divide and give tacit approval to the dinosaurs still out there who may characterise a women as only useful for interior projects, or struggle with the concept of female authority. Whilst I can see hope in the movement of the profession I don’t think this is an problem that will be solved overnight- and I must admit to expecting that time and experience may alter my optimism surrounding the issues.

It seems logical to me, however, that a profession that is open to change is more likely to survive in a changing world. The problems of women in architecture will not be solved by setting women against men in a fight for the professional culture; but by the profession recognising and celebrating the talents and working practices of all its members. That kind of profession is the sort of resilient and practical profession I could imagine working in for the rest of my life.

A profession a bit too eager to label me as ‘a woman architect’ or count me in its diversity figures is one I am less willing to invest in for the long run.