The Leaway has been a long time coming but soon we should be able to let the landscape do the talking, says Gillian Darley 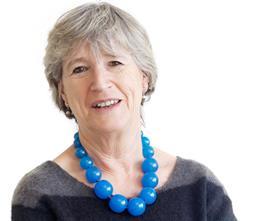 John Evelyn thought he fully understood the workings of the human body from tables showing the veins and arteries. Enquiring spirit of the 17th century that he was, he’d got the wrong end of the stick.

The connective tissue of the 20th-century city seemed to be the ring road, the peripherique, generating and attracting a huge volume of traffic at immeasurable environmental cost. Only now, in our own century, have we begun to consider other networks, the bones, muscles and nerves of the system, taking the analogy further.

Which brings me to the River Lea. A hefty stack of planning documents, numerous exhibitions and sundry publications, spawned under initiatives ranging from the Thames Gateway (Michael Heseltine) to Design for London (Ken Livingstone) and on to the Olympics, commemorate actions to pull London back east. The Lea Valley, historically a last frontier, the political boundary between London and Essex, and even Hertfordshire, patiently keeps claiming its place in the process. 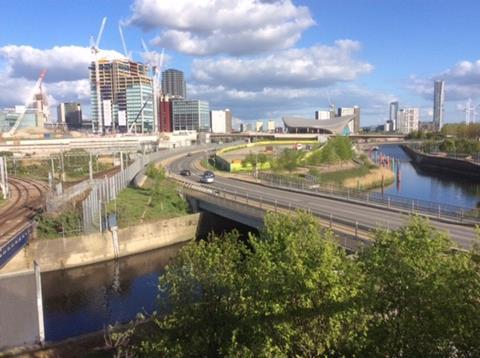 But I sense a fair wind behind the present Leaway initiative, for all its ups and downs. In 2012 the project, six years in the making, almost came unstuck and most of its promised funding evaporated. In the current version of the three-mile riverside park, the lower Lea, from Stratford to the Thames at Blackwall, the boroughs of Newham and Tower Hamlets, the GLA and the LLDC have been driven along largely by the imagination, tenacity and can-do attitude of 5th Studio, Tom Holbrook’s practice, who kept the motor running. Now they find themselves working for two boroughs, since the LLDC has handed over the leadership role. Now it’s up to the GLA to hold everybody to their word.

The waterways within the Queen Elizabeth Olympic Park were, from the start, key to the landscape plan. The north of the park, around the velodrome, was to act as the lungs and ecological sector within the whole; now the consolidation of riverside cycling and pedestrian routes in the area, as well as the maturing 2012 planting, help to validate that approach. 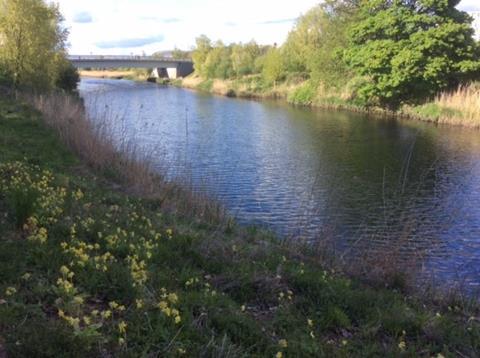 Holbrook, talking about the Leaway at a recent NLA breakfast event, argued for an approach analogous to stitching torn fabric. Sections of the route, and identifiable intervals along it, both tamed and wild in the landscape sense, offer practical connective tissue between old and new. The park is designed to grow. In the words of Deirdra Armsby, lead planner from the LB of Newham, the Leaway is landscape as a regenerative force, not an afterthought, and driving it is not a role that the private sector would (or should?) consider shouldering.

Acknowledgement of the industrial, functional history of east London is crucial, the new typified as much by robotics and cutting-edge research (at Here East in the QEOP) as by the grimier cogwheels still turning in Canning Town or the scant reminders of earlier working lives at Three Mills or Cody Dock, a disused and long-forgotten 1870s feature, just off Bow Creek.

Now a ramped crossing from Bow Locks on to Twelvetrees Bridge, the Poplar Reach Bridge (designed but not yet built) and a through route from the Teviot estate in Poplar to Star Lane DLR station, provided some decades late, are all key stages along the way. Let’s hope that Mayor Khan will put his shoulder to the wheel and help the Leaway outsmart its obstacles, redundant infrastructure and utilities to offer proof that high-quality analysis, backed by strong design, is as essential to the health of the city as the very blood in our veins.

The exhibition Lea River Park: a new landscape for London is on at the Building Centre until Thursday