We’re on a knife egde and need to ask how we want history to judge us, says Flora Samuel 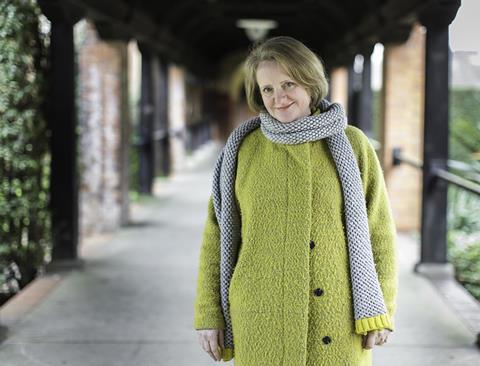 “Silence is violence.” I cannot begin a column on social value without offering my respect to the Black Lives Matter movement that has wrought such changes to society across the globe in the last few weeks in response to the terrible killing of George Floyd and many others.

A few weeks ago BLM protesters toppled the statue of slave master Edward Colston, disposing of it in Bristol Harbour (from which it has since been retrieved to be put in a museum). A mysterious papier-mâché statue has been temporarily put in its place showing a man stuffed into a wheelie bin sporting the words “Spoiler: St George was Turkish”. (Banksy is of course a phenomenon of Bristol’s urban creativity.) What might these historical events enacted simultaneously across the globe mean for architecture? How many of our canonical buildings were built on the blood of others, specifically the blood of black people?

I have taught Architectural History 101 at a variety of schools for almost 30 years and have externally examined at several others and I can say with some authority that the teaching of architectural history has changed very little during that time, continuing to valorise the development of aesthetics and technology over everything else, just as it did last century in the days of the famous modernist historian Nikolaus Pevsner. This is partly because of a near total absence of historical research into anything else.

It’s not just about positive role models. Histories need to talk about the funding, procurement and management of our icons. Who really paid for these buildings? The wonders of Henri Van der Velde’s art nouveau creations in Brussels would not have been achieved, for example, without the exploitation of the “Belgian Congo” and its peoples. Adolf Loos’ essay Ornament and Crime is luridly racist and sexist. Can buildings be ethically sound when their authors were so clearly not? It is with excoriating shame that I remember, in my first teaching job, asking students on the Women into Architecture and Building programme at South Bank to read the books that had been passed unquestioningly on to me by my teachers, much as parents pass their unexamined traumas on to their children.

Can buildings be ethically sound when their authors were so clearly not?

Fast forward to a world that has miraculously managed to avert the climate change emergency, one in which the architecture profession still has a discernible identity of its own, one in which we are that little bit more evolved. What will students be taught about us at the start of the 22nd century? How will our most revered architects look in the cold light of history? Will they be admired for technological progress or reviled for building monuments to a market-driven system that nearly put an end to our planet and put wedges between its peoples while running offices characterised by lack of diversity and pay injustice?

Last month I mentioned that I was embarking on a research project on the impact of the pandemic on housing and neighbourboods. The process of interviewing policy makers, local authorities, health service leaders and others has begun. There are so many positive stories out there, particularly from local authorities who have achieved extraordinary social value things despite lacerating cuts – Preston City Council is a well-publicised example, but there are many others (North Ayrshire, Islington, Newham and the Welsh Assembly have been mentioned in interviews). It is particularly good to hear that the climate change emergency has not been forgotten in the face of more immediate struggles. I have come to the conclusion that we are on a knife edge between a “green recovery” and returning to a situation even worse than before the pandemic. It is all about taking control of the narrative right now.

To this end I am very pleased therefore that the UK Green Building Council has just announced the inception of its Defining Social Value Task Group to develop a definition to build consensus on a common understanding of social value in the built environment and that the Social Value Toolkit for Architecture, developed by practitioners for practitioners, has been published by the RIBA.

We have to make sure that the social value of design, including inclusion, is recognised as a vital element of accounts of social value going forward.