It’s no surprise that fictional portrayals of architects are so stereotypical when documentaries reinforce exactly the same myths, says Mark Middleton 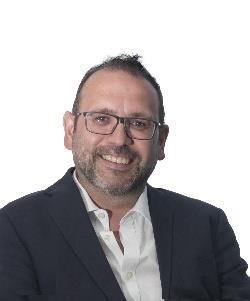 I travel a lot for work and have developed entrenched routines to break the boredom. One of these is to try and fill that long-haul time catching up on films and I often search for documentaries or features that depict architects.

I know what you’re thinking: “How boring is that?” But there is an ulterior professional motive. Over the past two years I have helped produce 43 short films for Grimshaw to feature on our website: 26 are currently online; 12 are about to be uploaded; four are in the final stages of editing; and there’s another batch of films slated for later in the year. I like to compare notes really and ensure we are doing something fresh with the medium.

Unusually, my recent trawl for new films about architecture didn’t uncover a documentary but dredged up a trailer for a feature film called The Architect, directed by Jonathan Parker. IMDb describes it as a “comedy about a couple who set out to build their dream home, but the architect proceeds to build HIS”. It was recently released in the USA so I haven’t seen it yet, but the capitalising of HIS at the end of the synopsis told me all I needed to know, and I should have stopped there but, like a true cinephile, I couldn’t help myself.

On the basis of what I saw, The Architect doesn’t stand much chance of crossing the Atlantic. I only watched 2 minutes 18 seconds, but even in that snatched view the depiction of the architect adheres to the alarming stereotype of what I assume is many people’s idea of how architects behave. Played by an English actor, James Frain, the architect is working for a hapless American couple, adhering to the rule that all antagonists in American films must be from the UK. He seems to have all the best lines in the film and acts in a way I have never seen professionally. Speaking to his client he advises that, “Often the opinions of the client have to be disregarded for their own good” and, “I don’t know why people hire architects and then tell them what to do.” Both lines are funny and would be laughable if it weren’t for the fact that the last one is actually a real quote from Frank Gehry.

Architects’ mannerisms and attitudes have become so typical that we are now archetypal. We are often seen as thinking we are intellectually and creatively superior, that we don’t listen and treat clients with disdain. We should laugh this off but by the same token archetypes can corrosively pre-programme the attitudes of other professions and the public against us. This made me think about whether it was a self-inflicted wound. Have we propagated this depiction through the films architects make about themselves? To answer this question I watched three films: How much does your building weigh, Mr Foster?, The sketches of Frank Gehry and the recently released documentary on Bjarke Ingels as part of the Abstract series by Netflix.

Each film is good at showing the quality of the architect’s buildings and the breadth of work from each practice. They confirm my belief that film is the only medium which can fully convey architectural ideas authentically, effectively and accessibly.

However each film provides fuel for the archetypical fire. They are all hagiographic and place each of the architects in a near-messianic position as the singular creator of their buildings. They ignore that architecture is co-created by a large team of professionals, and rarely show contributors or other architects in their firms doing anything other than listen intently to what Norman, Frank or Bjarke say.

The most riotous example is in the Gehry film where Frank instructs a director of his practice, armed with a pair of shiny scissors, to progressively trim strips of corrugated card which he eagerly holds up against a large model. This process is repeated several times by his hapless helper until Frank triumphantly declares, “Just one more corrugation” and with a quick snip the now perfect piece of new façade is eagerly glued to the model leaving us to marvel at Gehry’s vision. Viewers see no endeavour, only whimsy masquerading as genius.

Aside from a brief section at the end of the Bjarke Ingels film they all steer clear of any controversy. There is no mention of the wobbly bridge by Foster, but Ingels, at least, is seen to face a bit of the music when he is accused of arrogance and recycling the same ideas. I found his sound bites about “pragmatic utopia” and “yes is more” a bit annoying, but that might be because I didn’t think of them first. Unfortunately it did remind me of My Architect where, in response to his client protesting that he thought the architect had said, “Less is more”, our archetype replies, “Only if more isn’t good enough!”

Architects tend to shoot themselves in the foot in these films, but really the blame lies with the director when there is a drive to focus on a single protagonist and not the work. Group endeavour is hard to convey, as is humility, and when they do try it seems to have a hollow ring. Foster is shown in the opening sequence of his film with shots of him cross-country skiing across a frozen lake in Switzerland, which serves only to highlight the fact that he lives in a tax haven. There isn’t a problem with this until the director clumsily attempts to reassure us that Norman is really a man of the people by visiting the small terraced house in Manchester he grew up in.

Of course the architects in these films could avoid being in them. But in reality it is the filmmakers who are intent on suggesting the inspiration of architects is similar to composers, sculptors or painters: working alone and suffering for their art. Architects don’t though. It’s a group endeavour and we are paid by our clients to deliver buildings and make people’s lives better in the process. Unfortunately that isn’t sexy enough for the screen.