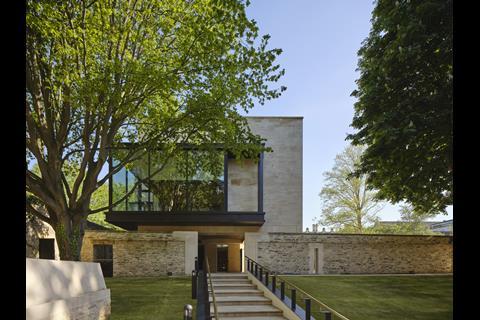 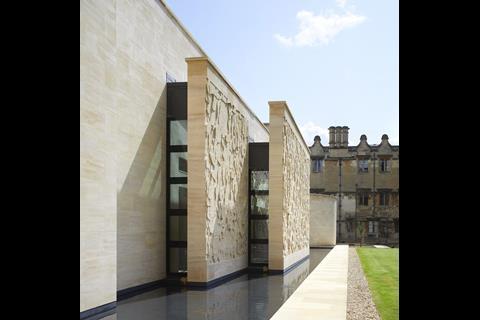 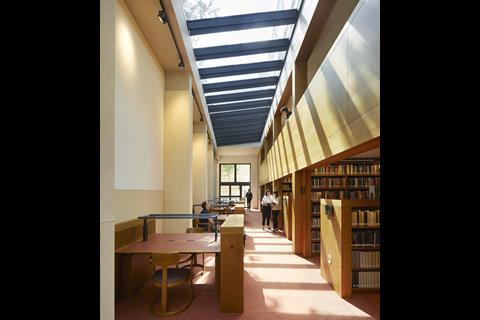 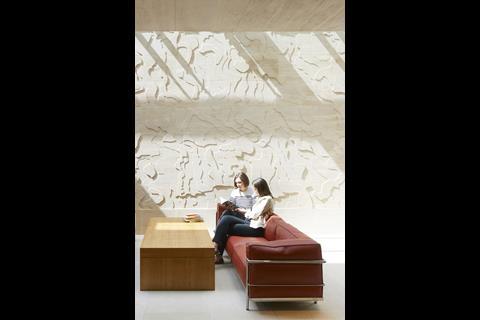 Due to officially open next month, the building adds extra capacity to the college’s current libraries, which are housed in the grade I-listed Canterbury Quadrangle, described as one of Britain’s most significant baroque ensembles. 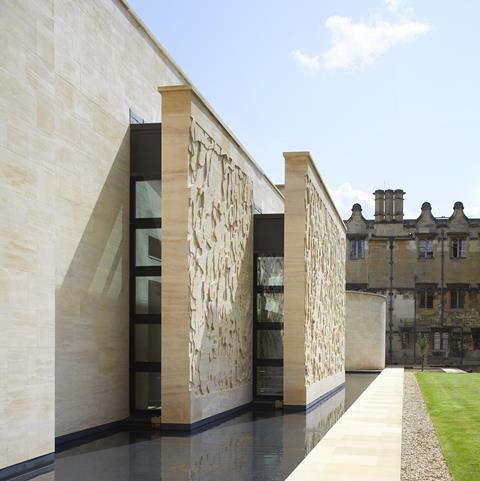 Wright & Wright said the new centre, which borders on a grade II-listed garden, was conceived as “a series of overlapping planes of masonry and glass” and resembled “a stone casket, with a complex section and thick-skinned walls that sculpt and moderate light, giving each space a distinct character”. 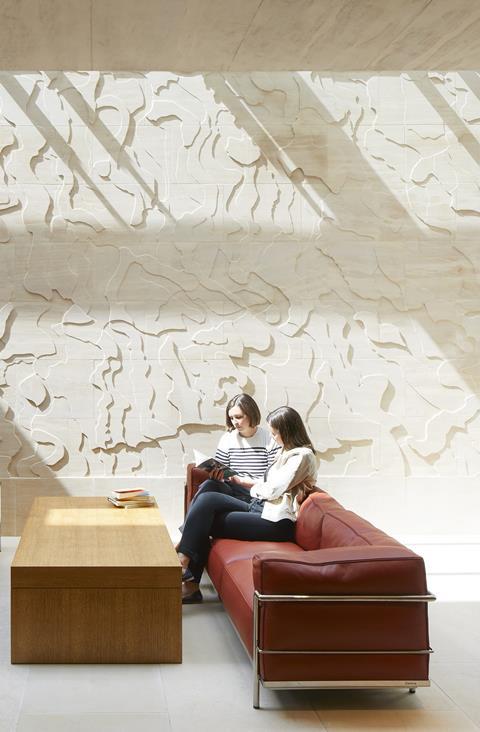 The 1,940sq m building houses three levels of library space designed to engage with the surrounding gardens. Its modulating stone mass runs along the historic Sprott’s Wall and is emphasised by two towers housing the circulation cores that act as bookends to the composition. The southern tower forms the connection to Canterbury Quad with a lightweight glazed link, containing the new reception.

The new library combines access to hard copy media, digital media and special collections, as well as spaces for peer-to-peer learning. It has 120 new reader seats, an oak-lined seminar room and “pocket courtyards” for informal study and socialising.

Wright & Wright was also commissioned to upgrade facilities at St John’s Laudian Library and a further phase of work will include refurbishing the college’s Old Library and reinstating teaching rooms in Canterbury Quad.

“We are fascinated by connections across time conjured by place, which we strive to understand and reinterpret in a modern idiom,” she said. 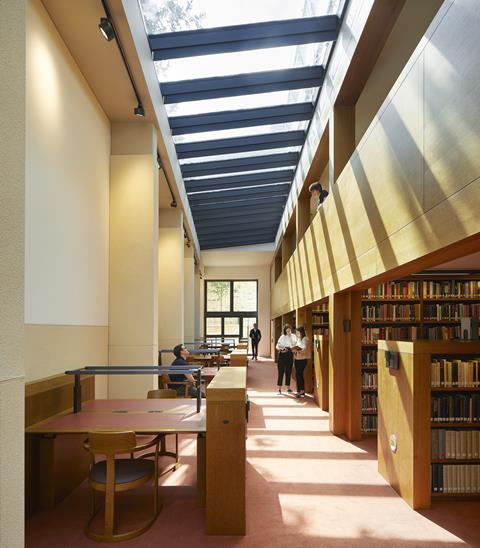 “Studying in a library is at the very heart of the student experience. A space to think is a space with a beauty that inspires learning.”

The passage leading to the study centre’s main entrance features a 15m-long glass wall panel by architectural artist Kirsty Brooks. It abstracts the first 200 years of the college’s history, from 1555, through a combination of texture, light and layering.

Client: The President and Scholars of St John’s College, Oxford