Nex, BDP and Dannatt Johnson among the other victors

Wright & Wright is among a host of firms appointed to a £45m consultants framework for the British Museum that has been delayed because of the pandemic.

The practice has been joined by Avanti, Nex and Dannatt Johnsonon the architectural service lot.

BDP and Aecom have also landed spots on the four-year deal which will be used for the museum’s plans to restore its historic Bloomsbury estate. 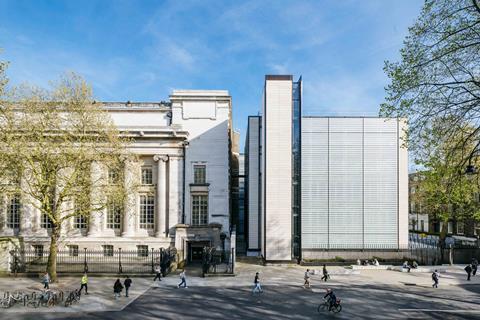 It comes as the institution gears up to revamp its current stock of buildings over the next four years.

A major building programme in the past two decades has included Rogers Stirk Harbour & Partners’ £135m extension, named the World Conservation and Exhibitions Centre, that was completed seven years ago.

It is understood the award of the framework, which was first put out to tender in August last year, was delayed by a review due to covid.

At the time the job was put up for grabs, the museum said it expected work to consist of strategic and technical studies or reviews, masterplan projects including new buildings, light touch refurbishments such as painting, complex M&E works such as fire systems upgrades and heavier refurbishments of new spaces.

Suppliers on the £45m framework