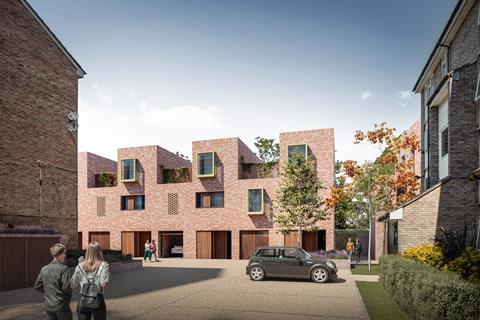 Stockwool has won planning permission for a seven-home infill scheme in Stratford, east London, the practice has announced.

Its proposals for Radlett Close were drawn up for Canonsfield Properties and will deliver five three-bedroom homes and two four-bedroom homes on land off Romford Road. 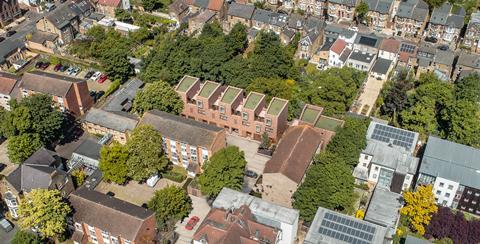 Canonsfield land agent Michael Brown said the project would bring a site that was previously a focus for antisocial behaviour back into more productive use.

“The empty site to the rear of the existing blocks at Radlett Close was always an issue with dumped cars, fly tipping and ill-use, poor hard landscaping and oversized parking areas,” he said.

“Stockwool’s design is a great solution in maximising its potential, providing much needed family sized mews houses whilst eliminating the current ongoing issues.”

The scheme, approved by Newham council earlier this year, will also provide a new link between Radlett Close and Atherton Mews to the north. 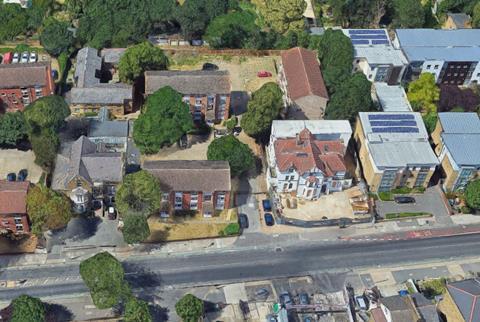 The site of Stockwool’s seven-home infill scheme in Stratford, east London. Romford Road is at the bottom of the image, Atherton Mews contains a run of garages at the top.