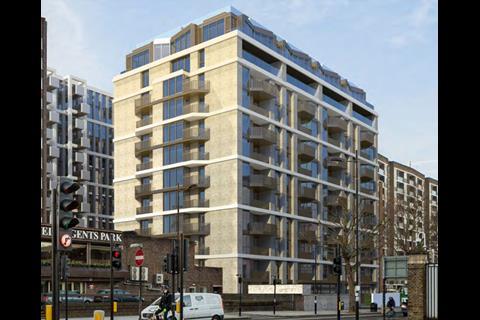 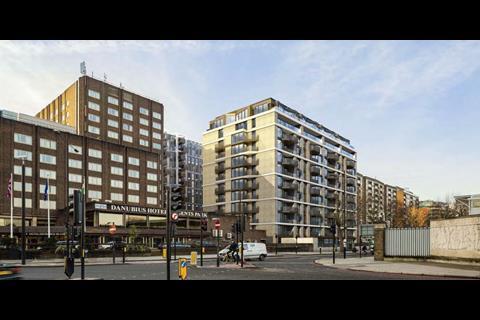 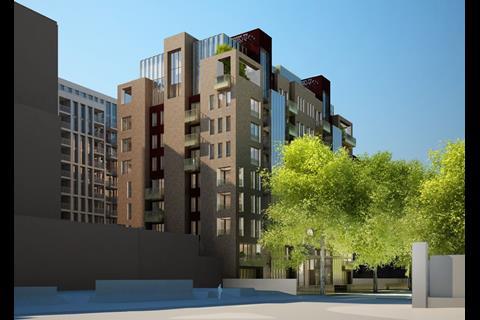 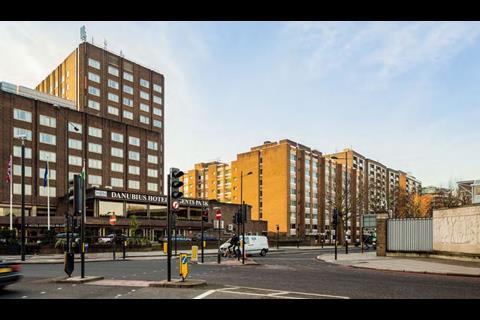 View of Dora House on St John's Wood Road, alongside the Danubis Hotel and the south-eastern corner of Lord's Cricket Ground 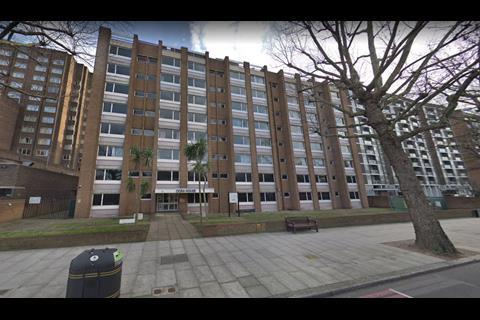 Sheltered accommodation block Dora House, on St John's Wood Road in north-west London. The building, which was constructed in 1969, would be demolished to make way for two new housing blocks 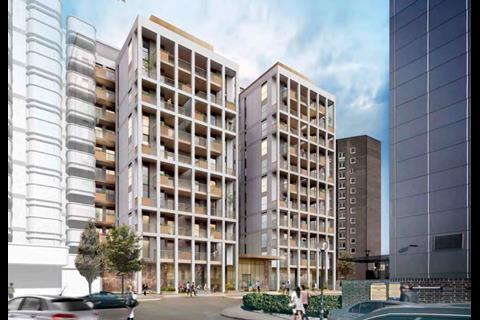 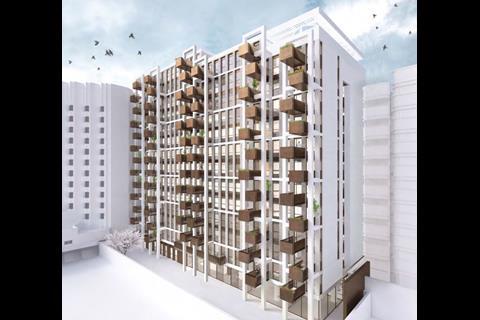 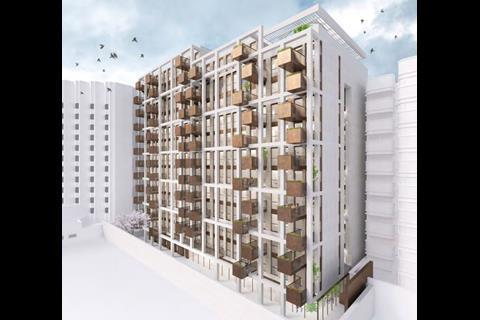 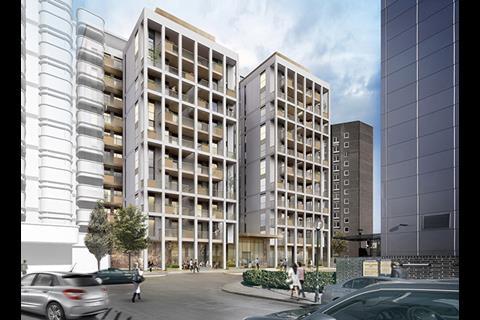 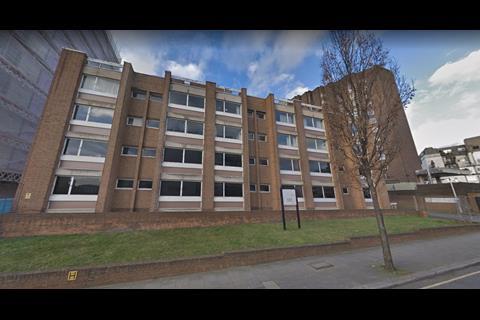 Make Architects has been replaced by Squire & Partners for the reworking of a large-scale housing project in an exclusive part of north-west London.

Ken Shuttleworth’s practice won planning permission for the redevelopment of a 1960s sheltered housing block near Lord’s Cricket Ground in 2017 – in conjunction with Ryder Architects.

But clients Regal London and Central and Cecil Housing Trust said the Make-designed element of the two-building, 200-home scheme was “no longer viable in current market conditions and did not optimise the housing potential of the site”, which is between Lodge Road and St John’s Wood Road. 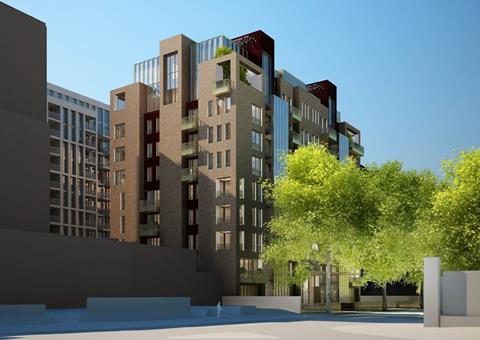 Under the latest plans, which were lodged with Westminster council last month, Ryder has reworked its building – fronting Lodge Road – to deliver a total of 170 units – 14 more than the approved incarnation.

However Make has been replaced by Squires, and the homes count of its St John’s Wood Road building has rocketed from 44 flats to 112. Some of the extra properties are studio flats, but the bulk of the additions are one-bed and two-bed units.

Documents supporting the application said the new design approach for the St John’s Wood Road building – referred to as 60SJW – would see the addition of two more floors, with the new building rising from 10 to 12 storeys. However they said reductions in floor and ceiling heights would mean the structure stayed “broadly within the consented footprint”. 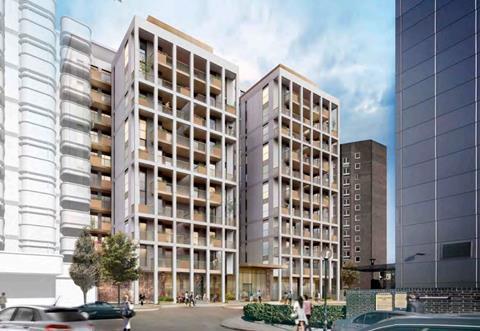 The Ryder building will provide 170 sheltered homes for the over-55s, all but 17 of which will be “affordable”. The practice’s design is broadly the same as the consented scheme, with changes to the look of its north façade and the addition of 14 more units.

Westminster has yet to set a target determination date for the proposals. The earlier version of the scheme was valued at £150m when it was approved. 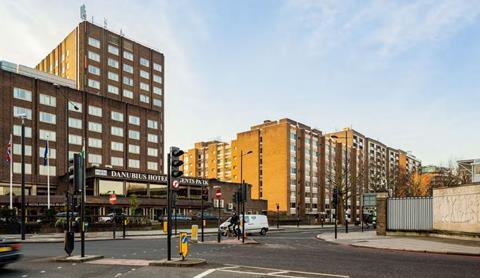 View of Dora House on St John’s Wood Road, alongside the Danubis Hotel and the south-eastern corner of Lord’s Cricket Ground