Squire & Partners’ proposals to build a nine-storey residential block next to Waterloo station have been rejected by Lambeth council.

Planning officers had recommended the scheme for approval but councillors voted four to one to kill off the proposals last week.

The brick-clad building would have been located on a vacant plot in a mostly low-rise area on The Cut, diagonally opposite the grade II-listed Old Vic theatre.

It would have provided nine apartments topped by a double-height ‘crown’ housing a roof garden and featuring statement arched openings, with one side of the building decorated by a green wall. 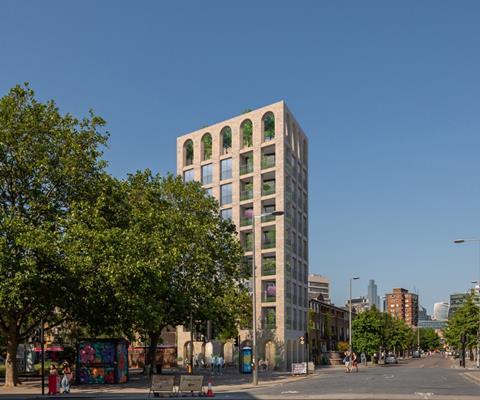 But the council said the “excessive height” of the scheme would have impacted the setting of the theatre.

The scale of the plans would mean that “the eye is drawn to that building and away from the Old Vic”, while the block was also said to impact on the “townscape, local character and context” of the area, the council said.

It added that it had not “identified public benefits of sufficient weight which would outweigh that harm”. 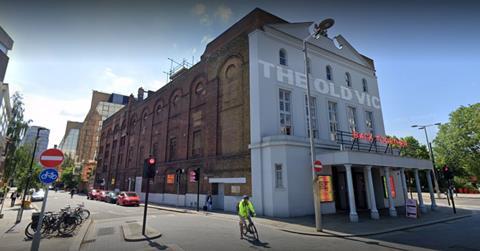 The Old Vic, seen from the vacant plot

The scheme had already been scaled back from proposals for a 12-storey building after councillors said the lobby and roof garden levels, which were both double-height, would amount to a building which was closer to 16 storeys.

It had also been redesigned with arches, which Squire & Partners said had been inspired by the brickwork sides of the 1871 Old Vic building.

The refusal is the latest in a string of setbacks for Squire & Partners.

In October, the City of London turned down the firm’s proposals to convert the grade I-listed Custom House into a 200-room hotel because councillors said it did not represent a high enough standard of design for the large neo-classical building.

And in July, the mayor of London threw out plans to turn the Budweiser brewery in south-west London into a mixed-use scheme because it did not contain enough affordable housing.