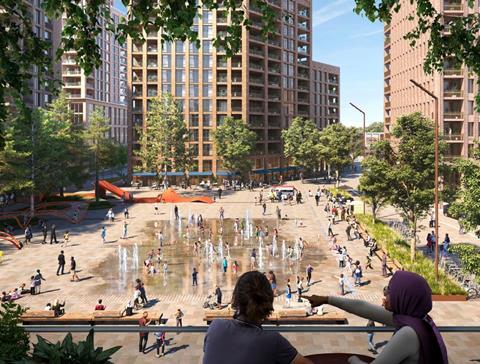 Studio Egret West’s masterplan for nearly 3,000 homes has been knocked back because of ‘public safety’ concerns flagged by Spurs

Studio Egret West’s proposals to build nearly 3,000 homes next to Tottenham Hotspur FC’s stadium have been deferred after the club said there had been an “inexplicable failure” to account for crowd control.

Haringey council voted to delay a decision on the North London scheme until June following the last-minute objection from the club, which was delivered the night before the planning meeting that had been expected to give the plans the green light.

The High Road West development, which had been recommended for approval in the planning officer’s report, would involve the 1960s Love Lane estate and nearby buildings being flattened and replaced with around 2,900 homes, 7,200sq m of commercial, retail and community space, a 5,300sq m public park and a 3,500sq m public square.

But the report has now been amended to recommend deferral after Spurs said it had identified “serious flaws” in the plans which posed a risk to public safety because of the near 1 million people who pass through the area to the Populous-designed stadium each year.

The scheme, which is being developed by Lendlease, is located directly between the 62,000-seat stadium and the nearest transport hub, White Hart Lane overground station.

Spurs said crowd flow assessments had formed “no part” of the original application, with a detailed assessment only shared with the club “a few days” before the planning committee meeting.

“Even with such limited time to assess it, our expert advisors have identified serious flaws which lead us to the conclusion that the measures proposed would be unsafe and have major adverse consequences on anyone living in the area”, the club said.

It added: “This isn’t just an operational issue, it is a matter of public safety, and one we spent years developing with the police, transport operators and other partners.

“It cannot be left to conditions, or as a matter of trust in Lendlease, and the council cannot simply ignore the fact that the application site lies directly between a 62,000 seat Stadium and the nearest public transport hub.”

Spurs said that any significant changes to the scheme would need to happen before planning permission is granted as “You cannot fix development parameters now, without knowing if it is safe, or what the impacts will be on the local community as crowd flows navigate themselves through what will be a construction site for 10 years.” 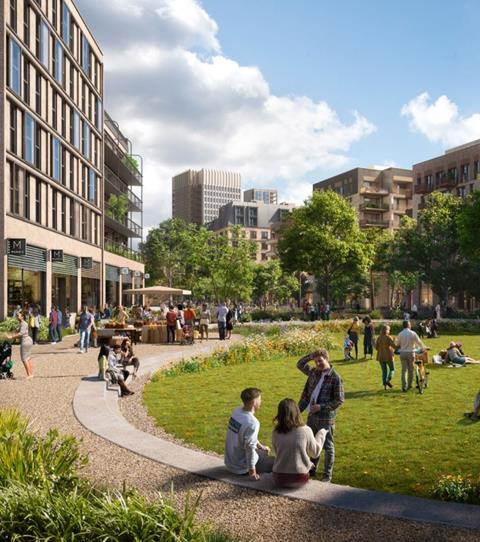 The plans would involve demolishing the 1960s Love Lane estate and nearby buildings and replacing them with nearly 3,000 homes

In a statement at the beginning of the planning meeting, held last week, the council said it had obtained legal advice saying the committee should ensure there was enough time to “give proper consideration” to the objection.

Asked if the late submission set a precedent which could mean that the council would need to defer any application if an objection was received the night before, planning committee chair Sarah Williams said: “I’ve not moved this motion to defer lightly, I think it is exceptional.”

The move is potentially a major setback for the redevelopment, as it will now be considered following May’s local elections which could result in the election of new councillors and a new planning committee.

Paul Burnham, secretary of campaign group Haringey Defend Council Housing, said the deferral would make the scheme a “big issue” for voters at the elections.

He described the plans, which have proved controversial with locals because of the density of the scheme, as a “huge demolition, gentrification and social cleansing plan which would price local people out of the area through higher house prices, higher rents and higher retail costs.”

A spokesperson for Lendlease said the developer was “disappointed” with the decision to defer, but remained: “committed to working with the local community, and providing support for Haringey council, on a scheme that will help re-energise this proud and historic area of London by delivering vital new and affordable housing, jobs and open space.”

Spurs’ stadium, designed by Populous, opened in 2019 and is the largest club stadium in London and the third largest in England.