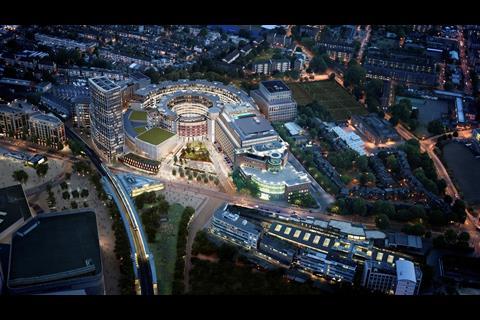 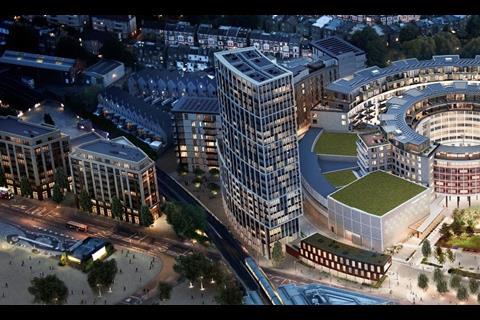 The phase includes a 25-storey tower 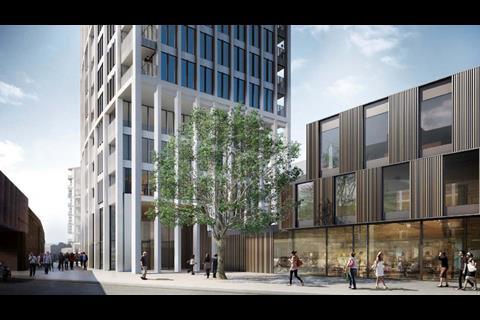 Base of the tower, which includes 170 homes 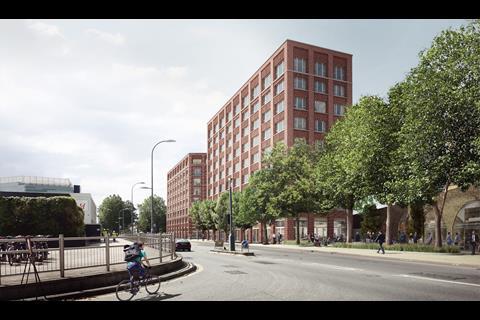 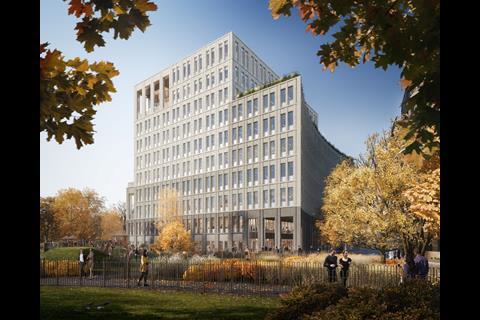 The Wood Crescent office block is currently under construction

The second phase of the £500m redevelopment of the former BBC Television Centre in West London is set to start construction, seven years after it was given planning approval.

The AHMM-masterplanned scheme has already seen the construction of 432 new homes, three BBC studios and a branch of Soho House at the White City site since detailed planning permission was granted in 2015.

Developers Mitsui Fudosan and Stanhope are finally moving ahead with the development’s second phase, with completion scheduled for 2026.

Consisting of a total of 511 homes, it spans four separate plots with designs by Morris & Company, dRMM, Mikhail Riches and Maccreanor Lavington.

Among the cluster of new buildings will be a 180-home crescent shaped block which wraps around the side of Graham Dawbarn’s 1960 complex, and a 170-home tower rising to 25 storeys.

Construction has already started on Maccreanor Lavington’s 142-home affordable housing development for Peabody, which is set to complete in 2024 and replaces a demolished BBC multi-storey car park.

A nine-storey office building designed by Morris & Co, known as 1 Wood Crescent, is also under construction and is scheduled to be complete by early next year.

The wider development, which will consist of nearly 1,000 homes when complete, will include a pedestrian connection between the adjacent Wood Lane and Hammersmith Park via a series of new streets.