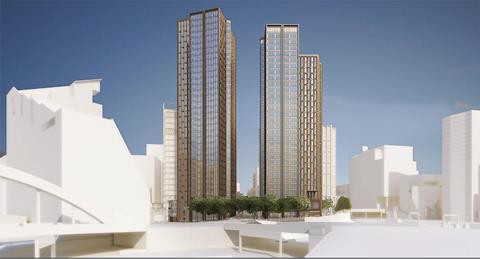 Alison Brooks Architects beat a five-strong shortlist to land the job of designing its tallest tower yet, a 34-storey tower in Stratford.

The practice was picked for the project ahead of Metropolitan Workshop, Gort Scott, Mecanoo and Serie.

The scheme, which involves two residential and mixed-use buildings on the edge of the Olympic Park, replaces designs by Aecom dating from last year.

The client, a JV between Lendlease and LCR, did not say why it had dropped Aecom’s proposals from its £2.4bn International Quarter London (IQL) development. The new scheme is fractionally lower and will contain around 150 fewer flats.

In a prepared statement Justin Davies, head of residential at Lendlease Europe, said: “Alison Brooks Architects have a wealth of experience in designing high-quality residential buildings, and they have been hugely collaborative throughout this process. 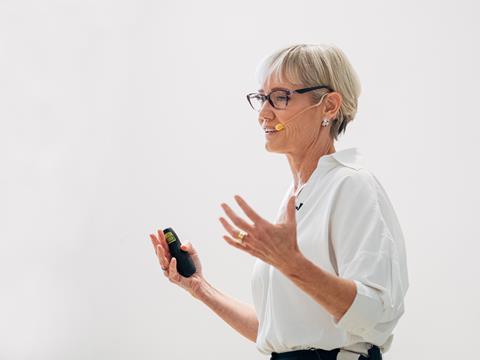 “We are keen for that approach to continue as we take forward a project that will see us double the amount of housing on offer at IQL.”

Adrian Lee, development director at LCR (London Continental Railways), praised the new architect’s “flair and design excellence” and promised the buildings, close to Westfield and Stratford International Station, would “have sustainability at their core”.

No images have been released but a public consultation is due to be held in January.

The statement said: “Plans for the public spaces around the buildings will refine the original masterplan and provide a continued focus on outside space, accessibility and nature.”

Alison Brooks’ buildings will include commercial space, a creche and more than 330 homes, which the client said would “increase the number of properties available at IQL via affordability schemes such as shared ownership and Help to Buy”.

Brooks said: “We’re honoured to have been selected to work among the exceptional architects working in the IQL and the wider Queen Elizabeth Olympic Park context.

“Our intention is to bring new character and urbanity to this park-side site, evoking the spirit of early 20th-century residential towers of New York and Chicago. Our proposal is conceived as a series of nested hexagonal columns that form ‘park ledges’ rising above a colonnaded base.”

The tallest building previously designed by Alison Brooks Architects is a 28-storey residential tower on the Greenwich Peninsula.

>> Also read: Alison Brooks: This is not a fake

The now-canned Aecom project for the plots known as S1 and S11 contained around 497 homes in two towers of 37 and 31 storeys respectively. 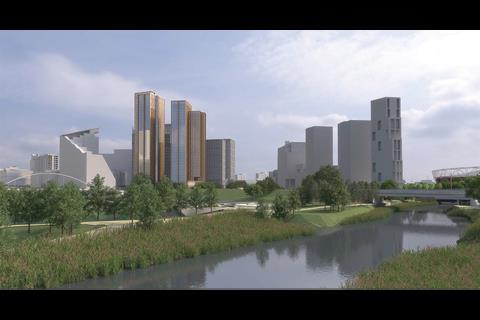 Scrapped Aecom scheme for S1 and S11: View of IQL and North Park 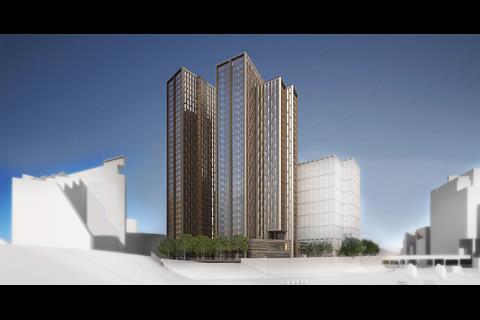 Scrapped Aecom scheme for S1 and S11: View of northern gateway to IQL 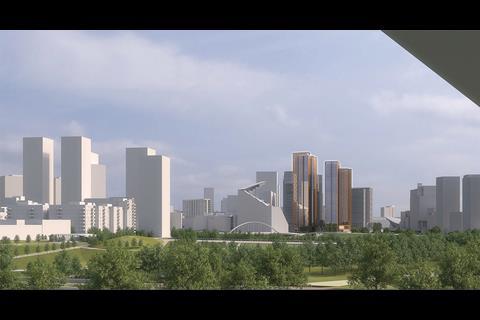 A public consultation last summer on those designs, and a third building, S10, said the scheme had already been revised since outline planning permission was granted in 2011 “to respond to the changing context”.

The plan then was for Aecom’s bronze-effect-clad scheme to go in for planning in autumn last year and for construction to start this year.

The triangular site at the northern tip of the 9ha IQL development, masterplanned by Makower Architects, is bounded by a railway and road on two sides. To the south are already complete IQL office buildings by Rogers Stirk Harbour & Partners and Allies & Morrison, and one by Arney Fender Katsalidis that was approved last year.

The buildings will also neighbour the Queen Elizabeth Olympic Park and the future East Bank development where O’Donnell & Tuomey and Allies & Morrison are creating homes for Sadler’s Wells, the BBC and the V&A. 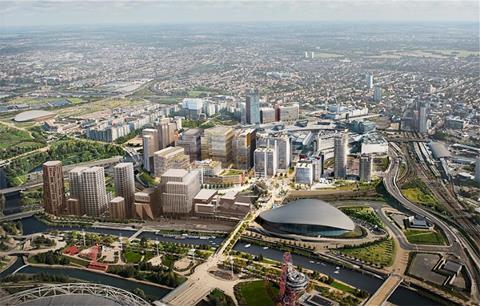 Makower Architects’ masterplan for the International Quarter London. Alison Brooks’ towers will be behind the wall of East Bank cultural buildings